We’re excited to announce that Undungeon, a pixel art sci-fi ARPG, is available today with Xbox Game Pass! Our team has been on quite a journey: Undungeon has been in development for 6 years now. Today, with the launch, we are thrilled to see how the gaming community will react to it.

What is Undungeon? First and foremost, it’s a visual experience like no other. We tried to create a world that you immediately felt at home in and also like something you’ve never seen before. The pixel art style seemed like a perfect fit for the team’s ambitious sci-fi vision.

We’ve assembled a team of 13 people, 4 of them being artists. Countless hours have been invested in drawing and animating our exquisite environments and characters by hand to make the player say: “I want to explore this world!” If we were to talk about our inspirations, “Dune” by Frank Herbert and some of the most iconic-looking pixel art titles like Moonlighter would come to mind.

Story and lore are other key features we have been focusing on while in pursuit of immersion. Undungeon is set in Multiverse, where seven dimensions find themselves on the verge of virulent turmoil. You are Void: a messenger, a Herald created by your dimension and sent to an ancient city of Archaban to collect six seals that belong to other worlds. As you travel through space and time, the Multiverse gets rocked by a devastating cataclysm of unknown nature, leaving you stranded in a barren alien land. To find your way out of this hostile desert, you will have to communicate with local tribespeople.

To create a living, breathing universe, we focused our efforts around lore. It covers tens of thousands of years, from ancient times long since gone to the present day clouded by fear and uncertainty. Our game includes over 150,000 words of text and dialogue. Decisions you make during your journey can have enormous consequences on the ending.

Undungeon is an action-oriented, role-playing game which means that it will not go down without a fight. Some hostile animals and locals are not happy with your sudden invasion of their ecosystem and will want to stop you. You will have a wide array of weapons at your disposal, including different claws for melee combat and ranged tools like bombs, knives, and other deadly projectiles. The game also has an unorthodox healing system where you deploy a healing item and land a strike to refill your HP points. Just make sure it doesn’t get stolen when you need it.

Another innovative system our game is going to introduce is the organ transplantation system. Loot organs from killed adversaries or craft them from organic matter to give your body more powerful abilities. The Core is the main viral organ of your body you can enhance and customize, allowing for different builds: from “tanking” to applying DoT(Damage over Time) or critical damage to recruited companions. We have done our best to make sure the character-building mechanic is as deep as it can get with a wide variety of build styles, and we hope each player will adjust their hero to the playstyle that suits them the best.

Two worlds will be available at launch, much like with the characters. The Wastelands, where Void finds himself stranded after a failed trip to Archaban, is a windswept outback with a harsh dry climate, aggressive fauna, and strange tribes that populate its rocky vastness. The second world, Lutenland, appears as lush yet hazardous marshy land. All kinds of arachnids, reptiles, and amphibians dwell in this land of ancient ruins, mysteries, and inevitably, danger.

Undungeon focuses heavily on exploration. We’re introducing a global map with random events to add the element of uncertainty and surprise to each journey.

Undungeon is available today with Xbox Game Pass and we sincerely hope you’ll like it. Stay up to date by following us on Twitter and join our Discord server. 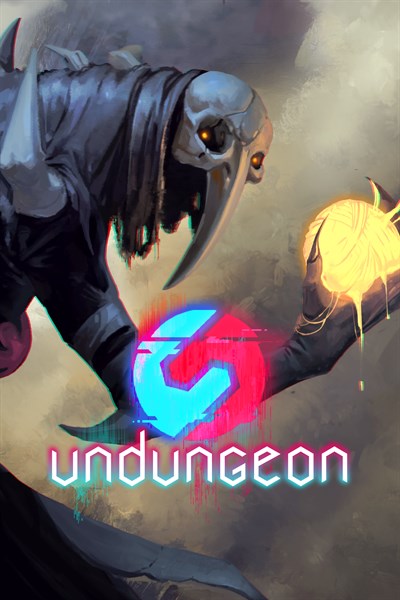 ☆☆☆☆☆ 94
★★★★★
$19.99 $15.99
Get it now
Xbox Game Pass
Undungeon is an action role-playing experience that brings back the spirit of old school action/RPGs wrapped in modern design. Restore the order in all dimensions, influence and determine the fate of the worlds, create and decide what will happen in the new Multiverse. Colorful pixel art aesthetics: each tree, bush or rock is hand-drawn, each enemy has dozens of carefully crafted animation frames to create a one-of-a-kind visual experience; Mind-bending science fiction story: Several multidimensional versions of Earth were suddenly merged together, shattering one another in a cataclysmic event known as the Great Shift. This event damaged the fabric of time and space itself, seemingly beyond reconstruction. You, a Herald, will join a secret interdimensional organization — Herald's Undercover Bay, or simply H.U.B., created by Dharma to remedy the aftermath of the catastrophe; Heated real-time battles: control a Herald — almighty hero created by God. Combine his powerful melee and ranged attacks to vanquish your enemies. Heal carefully so that foes don’t steal your remedy, use movement, various buffs, and debuffs to gain the advantage and defeat your rivals; Customizable hero: implant different organs into the body of your Herald to acquire unique combat enhancers and passive abilities. Gather and equip nodes and runes to make your Herald godlike. Express yourself, create a build that fits your playstyle perfectly, be it companions, throwable weapons, critical or DoT damage and much more; Crafting system: deep crafting systems that allow you to disassemble basic materials and create from received resources unique organs, weapons, gear and consumables that will help you to define your unique playthrough; Vast open world: explore distant lands beyond belief and meet their exotic inhabitants — merchants and bandits going about their lives regardless of where you go. You can trade with locals, recruit them to help you in battles, or even destroy their camps. Between missions, you can recover, gear up and rest in H.U.B. — a base located in a neutral space expanse between dimensions; NPC interaction system: decisions you make as a Herald will affect the fates of the characters you meet, as well as whole dimensions.