Hello everyone! I’m Zach Zebrowski, Product Owner at Systemic Reaction, and I’m here to welcome you to Generation Zero and the world of Östertörn!

What is Generation Zero?

But first, let’s talk a little about the game for those of you who are joining us for the first time. Set in an alternative 1980s Sweden in the region of Östertörn, you’ll explore atmospheric and mysterious environments while engaging in first-person guerilla action against hostile machine invaders. But where did they come from? What is their purpose, and where did all the humans go? That’s for you to figure out as you scavenge for weapons and equipment to fight them back alongside an ever-growing Resistance.

Since our last Wire Post, we’ve not only had our second anniversary but also added a lot to the game and the core experience, in no small part thanks to the feedback and input of our fantastic community.

Generation Zero had a major expansion last summer with FNIX Rising. For those who love to engage with the story, this DLC takes deeper dives into the lore of Östertörn. Adding some new characters into the mix and some new structures to explore around the map as you uncover more about FNIX. The Reaper Rival also brought a new boss for everyone to hunt down and grab some epic loot from. There were even some additions to the arsenal with a drop of the U.S. weapons DLC into the world.

We kicked off 2021 with the introduction of some new features that lay a new foundation as we continue to work on the game alongside our committed community.

Assignments debuted in February, giving more activities for daily players looking for more reasons to blast machines. There is a lot more in store for these, and we’re looking forward to being able to show those to you soon!

The Resistance Update was a significant milestone for the team, marking a new direction for our plans and the fighters in Östertörn! This base game addition brought the first iteration of Base Building, a repeatable horde mission to help you score all the unique loot you need to make new consumables and experimental ammo! This all dropped with new loadouts from the Soviet Weapons DLC!

We have rolled out many updates over the past two years, all of which we could not have achieved without the lasting commitment from our community. Not only because they love to spend time in the world of Östertörn, but they also love to stay engaged with everyone developing Generation Zero!

The Resistance Update had been in the works for some time. Base building had long been a much-requested feature to add to our ongoing battle with the machines, and this defense mission is just the start of what we have in store for the future of Östertörn.

All of these building blocks have been the foundations of where we see the game developing toward in the coming years. We are only looking to expand and grow our features and lore, creating a world together with our players that they will want to return to, again and again!

This year, we are looking to welcome millions more players to Generation Zero! Our inclusion with Xbox Games Pass is not only growing the community, but also giving you all more ways to play together with crossplay between Xbox and Windows 10 players. 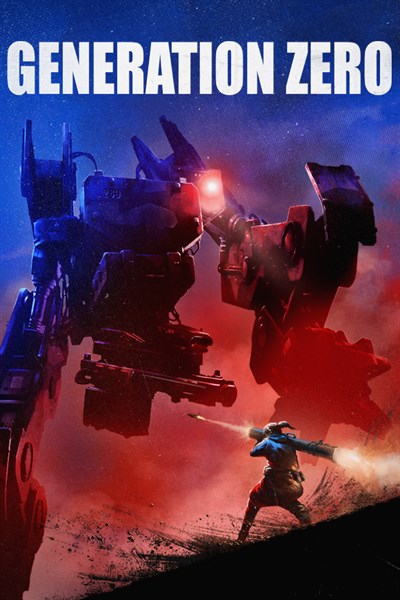 ☆☆☆☆☆ 385
★★★★★
$29.99 $23.99
Get it now
Xbox One X Enhanced
PC Game Pass
Xbox Game Pass
Generation Zero is set in the familiar but hostile open world of Östertörn, Sweden. Your once peaceful home has now been overrun by mysterious, deadly machine enemies. You must choose your battles wisely as you engage in adrenaline-pumping guerilla combat against the mechanical forces. Explore a Hostile Open World Explore a huge map inspired by the Swedish Cold War era where danger lurks on every street, in every patch of forest and deep inside every bunker. Wage Guerilla Warfare Engage in tense battles against sophisticated and deadly machines. Take them on solo or together with up to three friends. Can you outsmart a relentless enemy designed to hunt you down? Grow Stronger Grow stronger as you gain experience fighting back against the machines. Scavenge parts from your fallen enemies and use them to craft equipment, weapons and ammunition. Build and fortify your own bases across the island and start taking back your home! Uncover the Mystery Behind the Machines Discover the truth behind what really happened to the region of Östertörn.