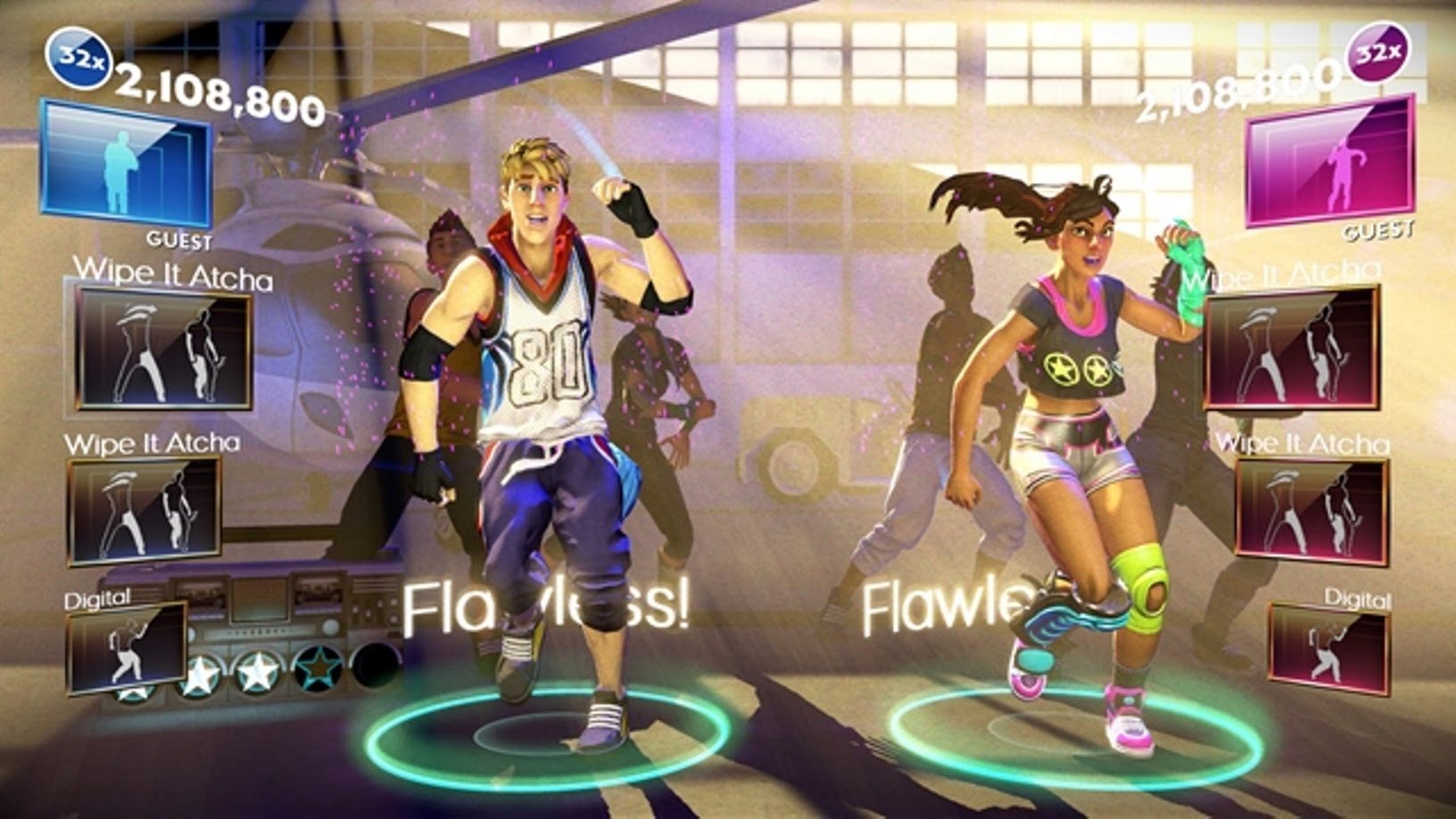 The focus of “Dance Central Spotlight” – the fourth entry in Harmonix’s Kinect-enabled franchise – is right in its title. For the series’ Xbox One debut, the developer is shining the figurative spotlight on the core dancing experience. At a recent demo of the upcoming Xbox One exclusive, the title’s project director, Matthew Nordhaus, enthusiastically elaborated on this fresh take. “It’s focused on dancing… it’s all about dancing, accurate moves, cool choreography, and awesome music.”

Despite streamlining the gameplay, offering a smaller soundtrack, and stripping out potentially superfluous elements (like “Dance Central 3’s” story-driven campaign), Nordhaus promises “Spotlight” has got “bigger and better everything.” His claim is supported not only by the new hardware’s ability to up the ante in almost every way, but also the title’s novel approach to getting content to gamers. Rather than releasing on a physical disc at retail, “Spotlight” will only be available as a download. The package, which Harmonix ensures will be a “sweet deal” in terms of price, comes with 10 songs.

The idea behind offering a smaller, bargain-priced soundtrack is that it gives players more freedom to pick and choose the tunes they want beyond the bundled 10. This freedom of choice comes in the form of a huge library of downloadable songs; 50-plus will land at launch, with new ones lighting up the virtual jukebox on a weekly basis. According to Nordhaus, this new model is all about giving fans exactly what they’ve been asking for. “We can get them music and choreography faster, and release more content much more quickly.” By supporting “Spotlight” “aggressively with DLC,” Harmonix can also keep the experience current. “We can identify songs that are popular and on their way up, and release them while they’re still on the charts,” Nordhaus says.

On top of offering what Harmonix playfully refers to as a “build your own adventure ‘Dance Central’,” the title benefits from a number of gameplay evolutions. Each song now has eight routines, split into two rows on the game’s user interface; the top four follow an easy-to-hard progression path, while the bottom row includes four alternates: two that more aggressively represent both ends of the learning curve, and two fitness routines. The latter pair is separated into “Strength” and “Cardio,” and offers a deeper, more dedicated exercise experience than previous entries. Rather than just having their calories counted, living room Olympians can now select a routine type, create a playlist, and then let it run for 30 minutes.

Of course, gamers who are more interested in busting a move than breaking a sweat will also find plenty of fresh features to keep them strutting in the non-fitness modes. The last game’s story-based progression has been replaced with an addictive mechanic that has players unlocking “move cards” as they master routines. Additionally, players who bring two left feet to the dance floor can get a literal leg up thanks to a new practice mode that leverages Kinect 2.0’s voice recognition tech; at any point during a song, players can say “Hey DJ, practice that” to enter a tutorial loop for a particular move. From there, they can slow things down, issue instructions – such as “Got it,” “Skip it,” and “Nailed it” – and then pick up right where they left off.

The new Kinect also tracks more joints, ensuring fans continue to enjoy what Nordhaus calls the “Most accurate dance game.” Thanks to a cool video-shoot vibe, the visual presentation also gets a slick upgrade. Players are no longer restricted to a single space during a routine, but are treated to venues – airports, schools, supermarkets, subways – that transform based on their performance. During our demo, for example, we witnessed one of Harmonix’s expert dancers go from rocking in a low-lit room, to letting loose on the tarmac while planes soared overhead. The new artistic approach is further supported by the addition of backup dancers, who not only serve as window dressing, but also help you realize your very own Madonna moment.

From its accessible and fan-pleasing approach, to its frequent new content and appealing visual style, to its many gameplay-evolving tweaks and dedicated fitness modes, “Dance Central Spotlight” seems to have found a beat that both seasoned stars and wallflowers can dance to. We look forward to getting off the couch – and into the groove – when “Spotlight” strikes a pose this September.