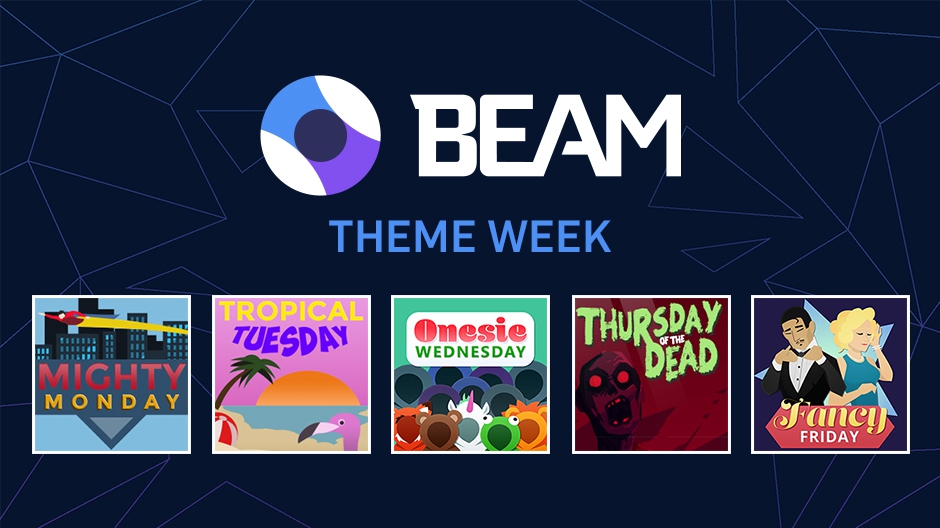 It’s time to celebrate the global launch of the Beam viewing app on Xbox One! While many of you may already be familiar with or are streamers yourselves – today marks a special milestone. Native Beam streaming or viewing through the Beam viewing app is the next step to advance our passion for gamers and their communities, and with Beam’s sub-second latency and interactivity, blur the lines between the playing and watching livestreaming experience. Before jumping into how we’re celebrating this week, here’s a quick refresher on Beam:

Beam is an innovative and interactive livestreaming service that gives viewers the ability to watch and engage with their favorite games and streamers in near real-time or to easily stream their own experiences.

One of the unique facets of Beam is the ultra-low, sub-second latency. That’s right: if the stream you are watching is using the custom FTL protocol (Faster Than Light), the streamer will be able to respond to your messages in near real-time. There’s virtually no stream delay. Need to see this in action? Just open the Beam viewing app on Xbox One or check out streams on Beam.pro – there’s almost no delay between what you’re watching and what the streamer is doing. It’s awesome.

Because of Beam’s low latency, interacting with your favorite streamer or streaming community takes on a new meaning. And with interactivity, streamers can set up buttons on their channel that allow viewers to activate soundboards, trigger events in-game, or even control real-life robots driving around the streamer’s room. You’ll be able click on the interactive buttons by using Sparks, which are earned by simply watching streams. We’ll take a deeper dive into interactivity and Sparks in another Beam-related article on Xbox Wire this Thursday, so stay tuned for more.

There are several ways to get started broadcasting on Beam. You can go live almost instantly from the Guide on Xbox One, the Windows 10 Game Bar (coming with the Windows 10 Creators Update on April 11), or by using your favorite third-party streaming software. You can watch streams on the Beam mobile apps on iOS and Android, too!

If you’re on Xbox One, first link your Microsoft account to Beam. If you already have a Beam account, you will be prompted to connect it when you launch the Beam viewing app on Xbox One. If you don’t have an account, your Xbox Live Gamertag will become your Beam username.

As part of the celebration, we’re doing a few things. First, Beam is doing a week-long takeover of Xbox Wire starting today. We’ll publish daily posts and cover what makes the Beam community so special, the ins-and-outs of interactivity, how to become a streamer and more to make sure everyone is up to speed on all things Beam and streaming.

In addition, it’s Beam Theme Week! Each day this week will have a special theme for participating Beam streamers: today is all about heroes, tomorrow is Tropical Tuesday, Wednesday is for onesies, you get the idea. Over the next five days, we’ll be giving away over 2,000 Beam Pro codes, Xbox Live Gold 3-month codes, and ID@Xbox game codes. All you have to do is tune into streamers who are celebrating with us. Check out the Beam blog for the full schedule and more information about the giveaways.

Don’t forget – today’s theme for Beam Theme Week is Mighty Monday! If you want to join in on the festivities as a streamer, simply change the game played field to one of the theme week titles above so other viewers can find you. You can find all the participating streamers here.

Welcome to Beam on Xbox One. Happy viewing and streaming!