Disneyland Adventures is available now for the Xbox One family of devices and Windows 10 PC on Microsoft Store.

We recently had the opportunity to have an in-depth chat with Jorg Neumann, Head of Production, Global Publishing, Microsoft Studios to talk in greater detail about the re-imagining of this game. What is Disneyland Adventures and what makes it different from the 2011 Xbox 360 title?

Disneyland Adventures is a remastered and re-imagined version of the 2011 Xbox 360 title that allows children, families, and Disney fans of all ages to explore Disneyland Park. In anticipation for the Xbox One X launch, we really wanted to make this franchise shine and bring the magical world of Disneyland Park to life like never before, so we gave it an upgrade to true 4K Ultra HD visuals and HDR support, and made it available to play on both console and Windows 10 PC.

Now anyone can enjoy the game on controller, mouse and keyboard, and Kinect. And additionally, through the power of Xbox Play Anywhere you can pick up where you left off on another Xbox One device or Windows 10 PC, bringing all your saves, game add-ons and achievements with you. Tell us about how you collaborated with Disney on Disneyland Adventures.

There had never been a game specifically about Disneyland Park when this was developed, but the team had a strong plan that we felt confident in and pitched Disney on how we could achieve this. They really loved the idea and we’ve had a strong collaboration with them ever since.

Even though they loved the pitch, Disney challenged me on how much I actually knew about Disneyland Park. I responded with, “Yeah of course I love Disney, I have two daughters and we’ve watched all the movies together and I’ve been to Disneyland Park several times.” But they asked again, “how much time have you spent in the park?” I was certainly no expert and told them such, so they invited me and the whole team to the park and gave us full access to the park.

The team and I spent about five months exploring and examining the park, took about 50,000 photographs, went to all the special places like Walt’s Apartment and Club 33, and collaborated with the legendary Disney Imagineers. Does the game have the entire park in it or just parts of it?

It’s the entire Disneyland Park. We really wanted to pay homage to the magic that is Disneyland, so we made sure Disneyland Adventures is a digital version of the entire park. The hard work the team did in collaboration with Disney resulted in a very accurate depiction of the park in digital form – so much so that Disney sometimes uses the game as a training tool to help them really know the ins and outs of the park. If you know where to find your favorite attraction or coffee shop in the park, you’ll find it in the exact same place in the game. 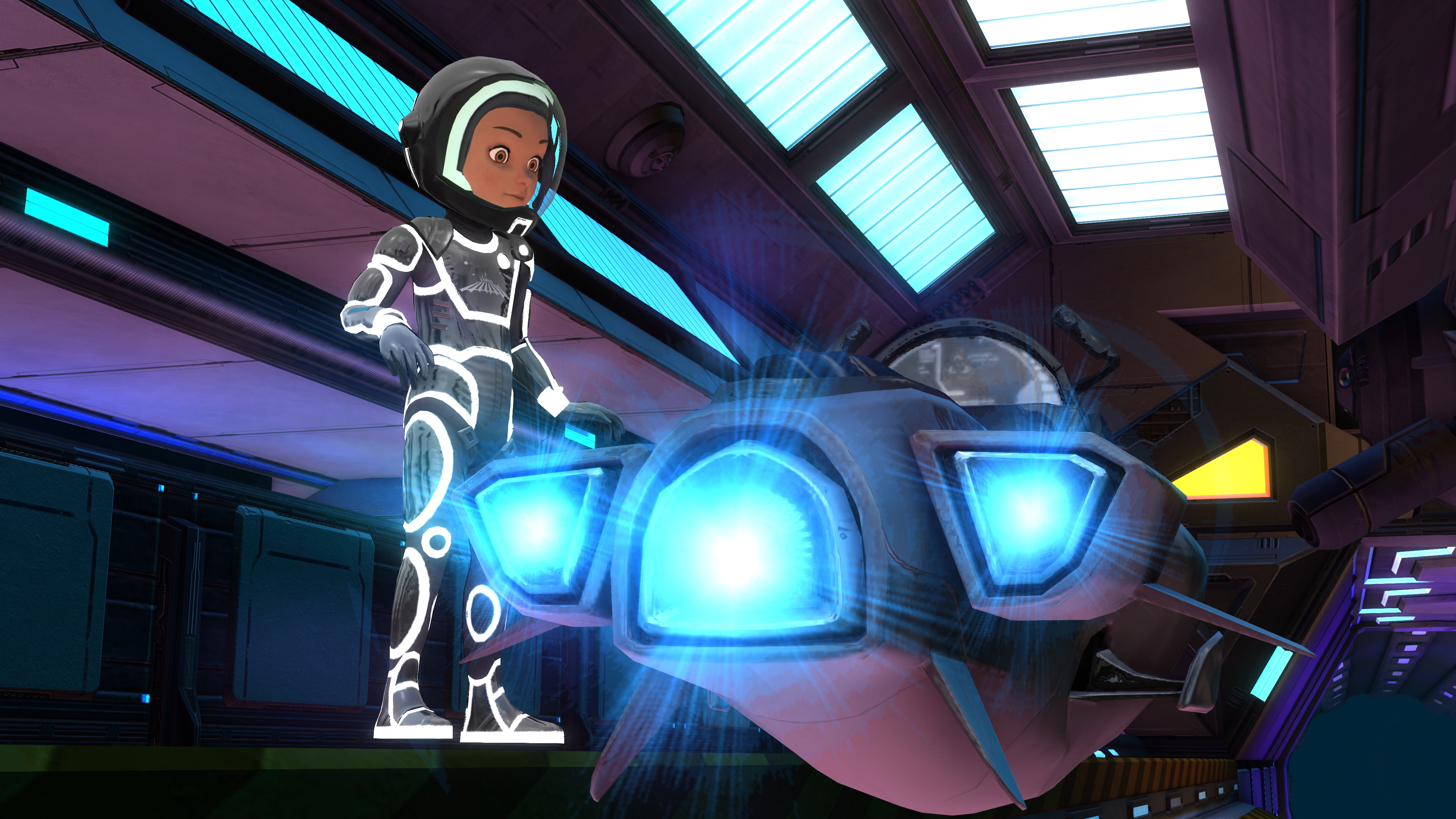 How would you describe the gameplay of Disneyland Adventures?

Disneyland Adventures allows children, families and Disney fans of all ages to step into Disneyland park to explore the worlds of their favorite attractions, engage in challenging adventures and interact with many beloved Disney characters.

Think about it essentially as an open-world game filled with Disney content – we have 43 Disney character encounters where you can give characters such as Donald or Snow White a hug, get their autograph and photograph, and receive a quest. We have over 100 quests that allow you to go around the park and solve problems in return for magical items. For example, Red Beard may ask you to photograph all the items on his list.

And finally, we have the attractions in Disneyland Adventures. In the world of Disney, attractions are not just rides that you sit in and that’s it. When we were working with the Disney Imagineers on this game, the one thing that was clear is that every ride is a story and an adventure where there are Yetis, pirates, ghosts or runaway trains. So, for this game we actually take you to the world of the attraction with a unique adventure and story to tell – for example, you’re not just sitting in a vehicle flying through London in the world of Peter Pan, YOU, yourself, actually fly through London collecting coins as you make your way to Neverland, where you ultimately battle Captain Hook and his crew.

Disneyland Adventures features 18 iconic, interactive Disneyland Park attractions – you can fly through Neverland at Peter Pan’s side and take up your sword to fight Captain Hook, battle your way to the island in Pirates of the Caribbean, partner with a friend to enjoy the fascinating world of Alice in Wonderland and many more of the wonderful worlds of Disney. What I love best about this is that it’s a co-op game, so parents can play together with their kids. I love that we can bring the magic of Disneyland to the living rooms of families everywhere in a fun, innovative way and I’m excited to give this to gaming and Disney fans of all ages. You can purchase the game now for $29.99 USD and pick it up at any major retailer, on Xbox.com or in the Microsoft Store.