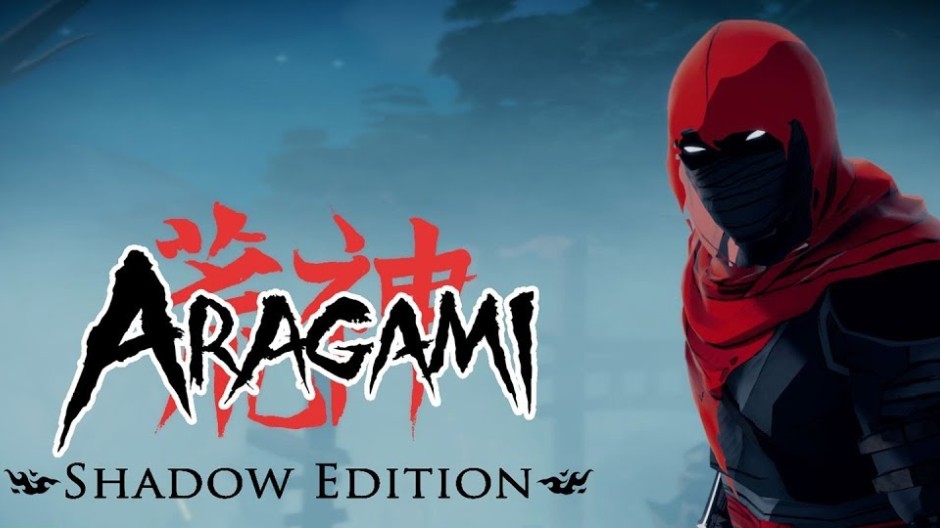 Hi everyone! After a bit of secret tinkering, we’re super excited to finally announce a special edition of our game is coming to Xbox One: Aragami: Shadow Edition.

Aragami is a stealth game in which you play a hero that can manipulate the shadows. The darkness is your ally, and you can control it and use it to your advantage. You can use shadows as a means of jumping between two distant points, create new paths which will hide you from your enemies, conjure physical weapons and traps, and even summon shadow beasts that will silently and swiftly dispose of your enemies.

Aragami starts from the moment you are brought back to life by Yamiko, a powerful spirit that is trapped in the fortress of Kyuryu. You soon realize that there is a special connection between the two of you and that she is the key to unlocking the lost memories of your past. Between you and your goal is The Army of Kaiho, a brute force of warriors who harness light as their weapon of choice. Only by freeing Yamiko you will be able to uncover the secrets of your past life and understand why you possess such dark powers.

We grew up playing stealth games, and I guess it kind of shows! We were really inspired by stealth gems such as Dishonored and the original Assassin’s Creed games. I feel that there is nothing else out there can replicate that tension you feel when trying to be the perfect assassin: silent, calculated, ruthless, and on point. We feel that over the years, the genre might’ve been made a bit easier and the genre might not bring that same challenge as before. Overpowered abilities, regenerating health, and no consequence of being detected are some of the things we are talking about. We wanted to change that with Aragami. Here, you are outmatched, outnumbered, and alone. One hit and you are finished, so you need to plan and pick your fights accordingly.

Be a Demon or be a Ghost

When we were designing the gameplay for Aragami we saw two equally valid playstyles emerging. That of a Demon and that of a Ghost. Demons are players who love to slay every enemy and clear the area before proceeding, while the Ghosts prefer to stay invisible, beating the level without being detected. We wanted to encourage both playstyles, so each as an equal amount of unlockable abilities available and whichever playstyle you choose, you will not be feel punished for your choice. You can even mix and switch between the two on the go with no consequence.

What is Aragami Shadow Edition for Xbox One?

So with Aragami Shadow Edition we’ve been able to put the original base game, the upcoming story expansion, Aragami Nightfall, and all currently released DLC into one. The game and expansion both support two-player online co-op that is cross-platform so can slay together with friends who are on Xbox One or PC.

We don’t have a release date set just yet, but I promise it’s a lot sooner than later. Thanks so much for taking the time to read about our ninja-labor-of-love. If you’d like to keep up with what we are doing, you can visit our website or various social channels like our official Facebook, Twitter, YouTube channels and the official Aragami Website. Thanks and see you soon!