Fans of TERA on Xbox One should take notice: the Unmasked content update brings you not only a new dungeon to explore, but also a stat-boosting mask that will compliment any character’s playstyle.

Better yet, all this awesomeness comes from one convenient place: the Red Refuge, home base of the Red Raiders, a secretive group comprised of both disaffected members of the federation races and idealistic monsters, working together to advance the cause of peace. Mostly.

Believing the Valkyon Federation to be a corrupt and inherently flawed construct, the Red Raiders are the primary opponents you’ve been facing in Guardian Legion missions for the last few months, and during that time they’ve been quietly amassing both weapons and personnel to achieve their goals.

Then, however, they went a bit too far, and kidnapped the amani master smith Karakhir, forcing him to repurpose his inventions into siege weapons. This is where you come in.

You’ll need to keep your wits about you as you battle through, for not only are these titanic constructs as deadly as they come, but there are two paths to victory in the Red Refuge, both of which depend on being able to spot visual cues in the rich visual tapestry of the dungeon. You’ll need to listen and read as you go, gleaning vital clues from NPC conversations and announcements.

On the far side of the Refuge, in a clearing accessible via a twisting forest path, is Argog, a hulking monster you’ll have to defeat in order to earn and equip your shiny new mask and increase your combat power and item level. But like the rest of the Refuge, Argog has multiple sides to his character.

Many years ago, Argog rescued a young castanic orphan from certain death, and raised her to live in harmony with the natural world. The girl, Hennika, grew up in a society where “monsters” and “people’ are interchangeable terms, and it’s not at all surprising that she now leads the Red Raiders.

If you think that name sounds familiar, you’re right. This isn’t Hennika’s first appearance in TERA. Once upon a time, you helped her and her brother Detrian out of a tight spot with gula slavers in the Hungry Caverns, in the quests Like a Brother to Me and The Long Goodbye. What happened to their family was awful, and the subsequent years have left her embittered and enraged.

So put your best foot forward and pick your path carefully. The Red Refuge has challenges, secrets, and surprises for everybody, and you won’t want to miss a single minute of it. Play this new content today on Xbox One! 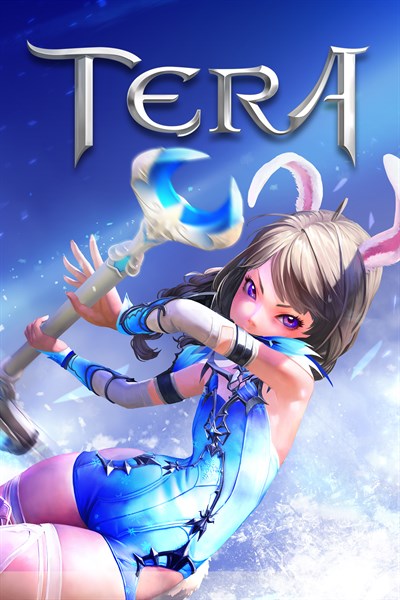 ☆☆☆☆☆ 310
★★★★★
Get it now
TERA is a new breed of MMO, blending True Action Combat with the vast game world and deep social interactions of a role-playing game. In TERA, you aim, dodge, and time your attacks for an intense and rewarding tactical combat experience. TERA’s expansive content is totally free to play, from character creation all the way to level 65 and beyond. True. Action. Combat—Experience an MMO with non-stop, pulse pounding action. In TERA, it's your skill and positioning that determine whether you live or die in battle. Epic Encounters—Team up with friends to take down Big-Ass Monsters in menacing dungeons and open world hunting zones, or put your PvP skills to the test against other players in one of the many battlegrounds TERA has to offer. Vast Fantasy World—With seven character races and ten playable classes, you can customize your character to match your individual playstyle. You’ll embark on thousands of quests in a game world rich in history and lore, fighting a myriad of monster types across a variety of landscapes such as arid deserts, icy tundras, sweltering jungles, and many, many more. No Restrictions— TERA offers a truly free-to-play experience, with no artificial cap on classes, zones, what you can do, or how good you can be—all the content in the game can be experienced without paying a single penny. To support the continued development of TERA, we offer account services, cosmetic items, costumes, accessories, weapon skins, mounts, and more for purchase from an in-game store. A World of Fellow Players—Whether you fight as part of a guild or are content to make friends (and enemies) along the way, being part of TERA’s vibrant community means there is always someone to share your adventures. Retooled for Consoles— Featuring an interface redesigned and optimized for game controllers, TERA offers an immersive MMO experience from the comfort of your living room couch!