My name is Mario and I’m a developer at Unknown Worlds, creators of Subnautica. Since I joined the team in 2016, I’ve primarily worked on the console side of the game. From early access through launch in December, 2018 it has been an amazing experience to participate in the development and release of such a well-received game.

The Xbox community has played a huge part in Subnautica’s development and success, and we are very excited to bring it to Xbox Game Pass for Console and Xbox Game Pass for PC. We are a small team at Unknown Worlds, but through our work with partners and the support of the gaming community we have been able to share Subnautica with so many more players than we could have ever imagined when the game was just starting out.

When we originally released in Xbox Game Preview in 2016, we were pleasantly surprised by the outpouring of feedback and support for the game in the Xbox community. With each update to the game we would see an outpouring of feedback on the game’s direction, pain points, and things we got right. We would also watch Xbox streamers playing the game and see what worked and what frustrations players were experiencing and recalibrate our efforts accordingly.  Our company’s open development philosophy was embraced by the Xbox community and for that we want to say thank you for supporting us as a team, and for supporting the game.

Unknown Worlds relies on our relationship with players, often directly via social media, to hear feedback early in the process so that we can make better informed decisions earlier in the development process.

When I joined, we were in the process of improving our release timing for major updates to Xbox Game Preview so that they could be as close to their PC release as possible. The feedback from the Xbox community at the time was that they would hear about the new content but were not able to try it out on their Xbox until much later. With the support of the development team and coordination with our play testers, we were able to get Xbox releases within the same week as our major content releases on PC, often within a day. This meant a lot to our Xbox community, and it showed in their feedback and engagement online.

Now that Xbox Game Pass subscribers can play Subnautica on Xbox and PC, we want to welcome all the new and returning players. We’ve already received a lot of feedback so far on the new Microsoft Store version and are excitedly working on patches with bug fixes and quality of life improvements for both Xbox One and PC.

In addition to those patches, we are also working on some larger under-the-hood improvements that coincide with work we’re doing for Subnautica: Below Zero, the next chapter in the Subnautica story. Stay tuned to our Twitter accounts and website for updates on the latest news. 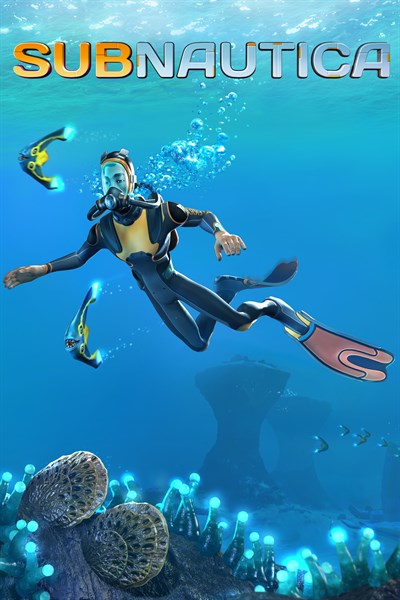 ☆☆☆☆☆ 1229
★★★★★
$29.99 $23.99
Get it now
Xbox One X Enhanced
PC Game Pass
Xbox Game Pass
You have crash-landed on an alien ocean world, and the only way to go is down. Subnautica's oceans range from sun drenched shallow coral reefs to treacherous deep-sea trenches, lava fields, and bio-luminescent underwater rivers. Manage your oxygen supply as you explore kelp forests, plateaus, reefs, and winding cave systems. The water teems with life: Some of it helpful, much of it harmful. After crash landing in your Life Pod, the clock is ticking to find water, food, and to develop the equipment you need to explore. Collect resources from the ocean around you. Craft knives, lights, diving gear, and personal water craft. Venture deeper and further form to find rarer resources, allowing you to craft more advanced items. Build bases on the sea floor. Choose layouts and components, and manage hull-integrity as depth and pressure increase. Use your base to store resources, park vehicles, and replenish oxygen supplies as you explore the vast ocean.