Continuing the time-honored summer tradition for the third year in Killing Floor 2, we’ve returned with a vengeance to once again bring you the frights and delights of the Summer Sideshow with our Perilous Plunder content update. We’re bringing you a carousel of value-packed deeper than a funnel cake with a new community map, a quadruple threat of weapons, Steampunk Matriarch boss fight variant, quality of life improvements, and a special space pirate-themed twist with our cosmetics and outfit bundle.

First up in our weapons lineup is a versatile two-handed cannon that would make even the sturdiest peg leg tremble with excitement. Deceptively simple, the lovingly filigreed Blunderbuss joins the stable for the Demolitionist and Support perks for both widespread destruction and close quarters room-clearing purposes. Loaded with a drum magazine of three rounds, its primary fire lobs a high impact cannonball with a trigger controlled explosive that detonates upon release. Embrace your bowling master fantasies to bounce and knockdown Zeds with child-like glee as you learn to time the explosive for maximum effect. Have Zeds come at you that need to be socially distanced? Have no fear as the secondary fire turns your rounds into a shrapnel blast to terrific effect. As with our previous weapon offerings, this weapon is available at launch for purchase paired with 5 hand-crafted weapon skins to demonstrate your own personal flair.

Next up, what would pirates be without their trusty pistols? To that end, we have the new Glock 18C tailored to the Gunslinger to bring overwhelming force in a tight compact 33 round package. Available in dual-wieldable or single pistol options (for our hook-handed buccaneers), the Glock 18C is perfect for rapid response to anything and everything downrange with an integrated suppressor to reduce recoil at full-auto. It’s yours today to purchase paired with 5 tactical skins options to suit your style. Caution: Overwhelming urges to declare self-identification with the law while in use is expected.

Horzine R&D certainly has outdone themselves this time with the latest prototype weaponry fresh off the 3D printer. For one scientist, the standard Boomstick didn’t quite live up to the potential of its moniker and found the Doomstick was a touch gauche. He modified the 12 gauge shell to pack in 8 pellets of explosive entertainment to form the HRG Kaboomstick for the Demolitionist and fill the fevered dreams of slayers worldwide. Finally ‒ and not to be underestimated ‒ is the ecologically friendly HRG Teslauncher for Berserker; firing modified microwave rounds paired with an underslung EMP grenade launcher. The only footprint you’ll be leaving is in the coarse leathery posterior of the panicked burning enemies fleeing from your sight.

What new playground of pain might these instruments of terror be employed? How about an abandoned black ops military base nestled deep in the jungle in an undisclosed location. There you’ll find communication centers, firing ranges, vehicle repair bays, and the inspiring and misunderstood world of applied transcontinental shipping container logistics. Third place winner of the community map survival mode group, the map may be called Desolation but it’s anything but barren.

We have a new batch of seasonal objectives ready for you to complete by July 7 and for your troubles, we’ll provide you with an adorable Space Monkey Backpack to join you on your swashbuckling adventures this Summer. Those dedicated to the cause will also be rewarded with Summer Sideshow Tickets to redeem for more Space Pirate accessories to reign supreme within the fashion floor. Show the world who’s the captain now by completing the assemble with the Space Pirate Outfit available to purchase alongside this update’s treasure trove of cosmetic options.

Here at Tripwire, it is our pleasure to continue to support this game almost three years after launch and to provide you with fun new content that you can enjoy and play even during these difficult times. Stay safe and healthy everyone and see you all on the Killing Floor.

The Perilous Plunder update is free and available now for Killing Floor 2 players on Xbox One. 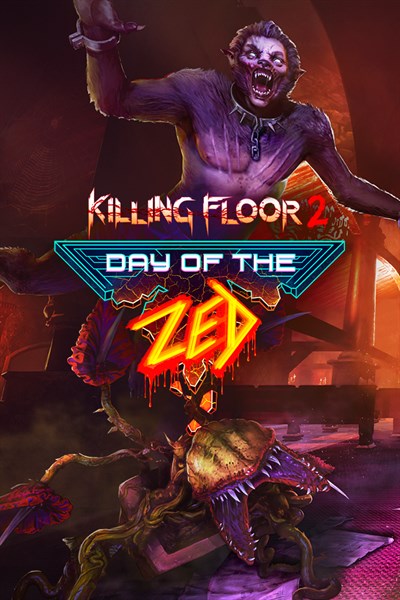 ☆☆☆☆☆ 240
★★★★★
$39.99
Get it now
Xbox One X Enhanced
OVERVIEW: In KILLING FLOOR 2, players descend into continental Europe after it has been overrun by horrific, murderous clones called Zeds that were created by rogue elements of the Horzine Corporation. The Zed outbreak caused by Horzine’s failed experiments has quickly spread with unstoppable momentum, paralyzing the European Union. Only a month ago, the first Zed outbreak from the original KILLING FLOOR ripped through London; now the Zeds are everywhere. Civilization is in disarray, communication networks have failed, governments have collapsed, and military forces have been systematically eradicated. The people of Europe are now focused on self-preservation, the lucky few who survived having gone into hiding. But not all have given up hope; a motley group of civilians, soldiers, and mercenaries have banded together to fight the Zed outbreaks from bases across Europe. When an outbreak is detected, the players are sent into Zed-laden hot zones to exterminate all threats using whatever means necessary. Welcome to the Killing Floor. KEY FEATURES: • Xbox One Exclusive Content – Spray zeds with liquid nitrogen and shatter them to pieces with the Freezethrower, an Xbox One exclusive weapon for the Survivalist Perk. The Freezethrower comes with eight weapon skins to customize your weapon’s appearance. Also, you can sport the Wasteland Armor uniform, an Xbox One exclusive cosmetic outfit, with five different styles. Killing Floor 2 includes all previously released DLC packs including Tropical Bash, The Descent, and elements of the Summer Sideshow. • Visceral Gore – KILLING FLOOR 2 ramps up the gore with a proprietary, high-powered, persistent blood and gore system bringing new levels of fidelity and brutality. Players will send entrails, severed limbs, and blood flying as they wade through hordes of enemies. • Survival Game Mode: Play Solo or Co-op with Up to 6 Players—In this game mode, player team up against hordes of AI controlled Zeds across multiple waves, collecting Dosh for each Zed killed and using it to buy weapon upgrades, until they reach the boss… or die trying • Versus Survival Game Mode: Play PvP with Up to 12 Players – Be the Zed! In this game mode, two teams of up to six players take turns, one team playing humans and the other a mixture of specially modified Zeds backed up by AI controlled Zeds. After each team has a turn playing both humans and Zeds, they both receive a score based on their performance and the higher score wins! • Terrifying Zeds – Ranging from the lowly clot to the might of the cybernetically enhanced Patriarch, players will have to deal with a vast array of Zeds trying to kill them using advanced and deadly artificial intelligence. The Zed hordes unleash devastating, coordinated attacks to slaughter the players, pushing the challenge level and fear factor to new levels • Unique Blend of Weaponry – From modern assault rifles and brutal improvised weapons to historical guns and off the wall “Mad Scientist” weapons, KILLING FLOOR 2 has a unique blend of slaughter tools that will satisfy any gamer. • Expanded Perk System – Players can select from ten different perks, each with its own skills, powers, and weapons, in addition to choosing from among a variety of playable characters with different appearances and personalities. All perks progress with meaningful talent choices that amplify different play styles, giving players a progression path that is expansive and full of rewarding milestones. • Mixer Integration – Interact with viewers in when streaming through Mixer. Viewers aren’t just passive observers, but can affect gameplay, both aiding the streamer and making their game more difficult.