Editor’s Note (August 5): The M.U.T.E Protocol Event has been temporarily deactivated after the discovery of an exploit. Ubisoft is working on a fix and hope to deliver it very soon. We’ll update this article again once this has been addressed.

The Operators of Rainbow Six Siege have been transformed into advanced combat robots for the futuristic sci-fi world of M.U.T.E Protocol, a special limited-time event that you can play on Xbox One from August 4 through August 17. The event features a radical new mechanic that allows Operators to digitize themselves and travel through drones and cameras, giving players the power to maneuver like never before. Normally, you’d have to time travel far into the future to reconstitute from a surveillance camera and get the drop on your precision-engineered robo-foes, but M.U.T.E Protocol gives you the chance to live that dream today!

The event takes place high above the clouds on a re-imagined version of the Tower map. Now a prominent communications HQ in the wake of numerous corporate wars, Tower has been taken over by Mute, who has sinister plans in store. Attackers will need to secure two areas, while Defenders will have to keep those areas from being seized at all costs. Assaulting and covering two different areas presents a logistical challenge for both sides, but the robo-Operators of the future are well-equipped.

When an Attacker activates their drone, they will digitize and travel with the drone instead of remaining stationary. Pop out of the drone view, and you will appear at your drone’s location. This means drone holes are no longer merely an avenue for intel-gathering; they are now potential flank routes and entrances to the objective area. And while drones are significantly more fragile than Operators, worry not: if your drone is destroyed while you’re onboard, you’ll simply respawn in Operator form.

Defenders have new avenues to exploit as well, including default surveillance cameras and bulletproof cameras. Entering the observation tools on defense will digitize you into the network, and you’ll be able to exit at any camera position. This extra mobility will be an asset when attempting to defend the two objective areas, or when trying to catch the attacking team unawares.

Now, it wouldn’t be the future without some shiny robot re-fittings for some of your favorite Operators, and the M.U.T.E Protocol Collection delivers just that. Attackers Jackal, Lion, and Ying, and Defenders Kapkan, Mira, Mute, Oryx, and Vigil have been fabricated from… whatever they build robots out of in the future, and will automatically appear in their new gear when you play the event. If you want to use these mechanized cosmetics after the event concludes, you can unlock them by purchasing M.U.T.E Protocol Collection packs from the in-game Shop for Renown or R6 credits. Also, individual Operator outfits are available in bundles for R6 credits, and Year 5 Pass owners benefit from a 10% rebate.

The future is now, and it’s revolutionizing the way you play Rainbow Six Siege for a limited time. M.U.T.E Protocol, activate! 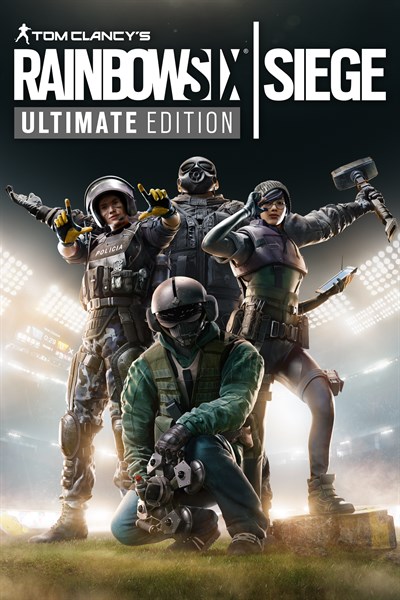