Hello everyone! Today I’m extremely proud to talk about our game, Insurgency: Sandstorm, which is out today on Xbox One and Xbox Series X|S. For the unfamiliar, Insurgency: Sandstorm is a boots-on-the-ground, gritty, tactical shooter that focuses on immersion and lethal gunplay. Teamwork is essential to succeed in the game, and today I’m going to talk about how Sandstorm gives you the opportunities to win together.

The first step towards good teamwork is squad composition and class selection. There are eight classes and dozens of weapon combinations. Depending on the map, your team should aim to be versatile. Long-range weapons work better in wide-open spaces, but having two or three players with close-quarters weapons would still be recommended for storming foxholes that your enemies may be hiding in. Additionally, the Observer and Commander classes work in tandem to call in the most powerful destructive tool your team has: air support. Together, the Commander designates a target with their binoculars, and the Observer radios the request to command. The Insurgent and Security teams each have their unique air supports, from chemical gas to A-10 gunship strafing, so how each of them is used is entirely up to you!

Next is how you choose to engage targets. Sandstorm‘s maps are big, sprawling urban environments with many winding paths to get to each objective. If you’re on lookout for your team, make sure to keep sights on your ally’s flanks and blindspots. A pincer move is devastating for those on the receiving end.

The best way to attack an enemy’s secure position is from multiple angles. Kick down a door for shock value or slip a grenade inside instead. Just be sure to communicate your plans with your team so you aren’t firing at each other during the heavy gunfights. Friendly fire is always on, and it is just as lethal! Be sure to consider a low-caliber rapid-fire weapon, excellent for reducing collateral damage, if you’re expecting a big, messy fight on your hands.

Speaking of communication (pun intended), Insurgency: Sandstorm‘s sound design applies to the communication wheel. All sounds are affected by occlusion, size of space, and the material of the surrounding walls. Using specific voice lines at the right time can get your team out of a bind. However, it’s a double-edged sword, as nearby enemies will also be able to hear what is going on and will react accordingly. Voice Over IP works similarly: proximity voice chat goes out to all nearby players, and radio voice chat is better for communicating with your entire team.

Teamwork is the key to success in Insurgency: Sandstorm‘s mission-based game modes, available in both adversarial multiplayer and co-op. Insurgency: Sandstorm is out today on Xbox One and Xbox Series X|S alongside the Deluxe Edition (includes the Year 1 Pass) and the Gold Edition (includes the Year 1 and Year 2 Pass). An enhanced experience in 4K and 60 FPS on Xbox Series X|S is already here, but further improvements on the new-gen console are planned for 2022.

Thanks for dropping by. see you in the field, soldier! 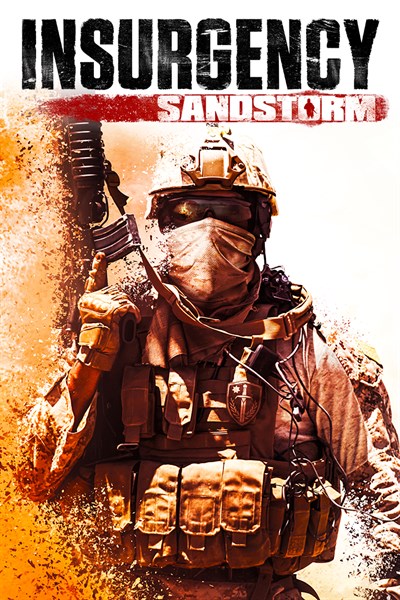 ☆☆☆☆☆ 461
★★★★★
$39.99 $26.79
Get it now
Engage in realistic modern firefights in the definitive tactical FPS on consoles! Battle in the war-torn environments of a contemporary conflict through a series of intense cooperative and competitive multiplayer modes. Featuring unparalleled immersion, feel every bullet and fear every impact in fierce close quarters combat. Death comes fast. Manage ammunition carefully, and use tactics and teamwork to navigate environments as you fight towards victory. Coordinate fire support with your team and go head to head in thrilling action. – Team up in intense 8-player co-operative gameplay – Compete in objective-based PVP matches with up to 20 players – Get immersed with realistic ballistics and stunning attention to detail – Fully customize your character and weapons – Unprecedented audio design with positional voice-chat for a heart-pounding atmosphere