Everyone has a plan for the zombie apocalypse. Some will stockpile supplies and take to the hills. Others will band together and try to rebuild society. And then there are those who will enjoy their last days devising imaginative and entertaining ways to decimate as many of the undead as possible.

In “Dead Rising 3,” Capcom wants to let players have the freedom to live out their own personal zombie survival stories. The game gives you a massive, persistent world to explore, countless zombies that want to devour you, and a plethora of vehicles and tools to destroy them with. How you fight and survive is entirely up to you.

“Dead Rising 3” has a more realistic and gritty visual aesthetic, and some fans will choose to adhere to that and play the game as an authentic, zombie simulator. Stick to conventional weapons, conserve supplies, use light and noise to distract zombies so you can sneak by undetected as you scour the city for survivors and a means of escape.

But “Dead Rising 3” would not be a true “Dead Rising” game without the franchise’s delightful zeal for the absurd.  You can don a full set of knight armor and build a laser sword, put on a luchador mask and pile drive zombies, and strip down to a banana hammock while wielding a fireman’s axe.  Hours can be spent building insane weapons out of random parts, like a teddy bear with machine guns strapped to its arms, or joy ride in race cars while plowing through crowds of zombies. 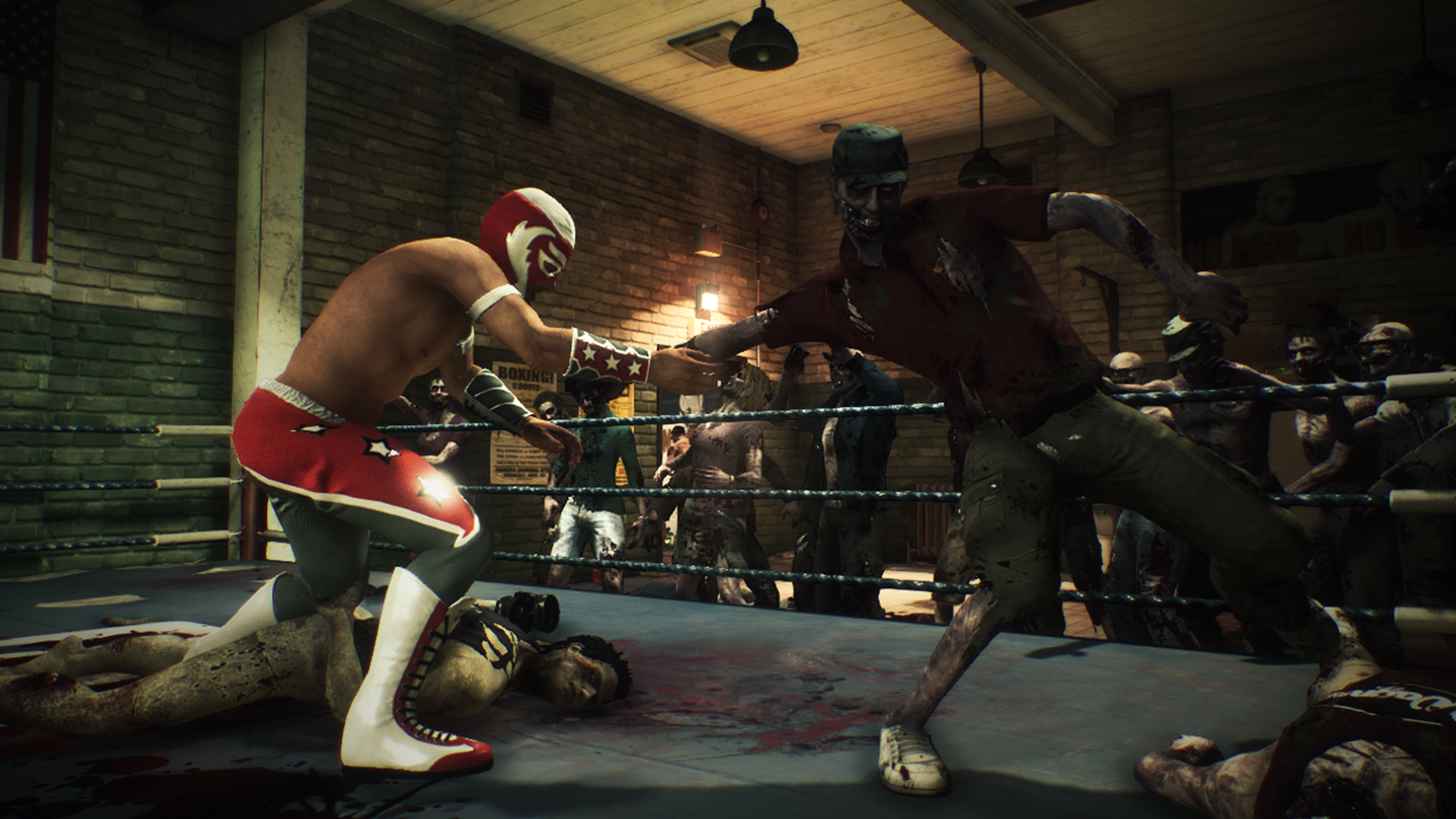 The options are endless, limited only by your own creativity and imagination.

“The game has a serious veneer, but you can make ridiculous combo weapons and put on ridiculous outfits,” said Alan Jarvie, Art Director on “Dead Rising 3,” during a panel at Comic Con International: San Diego. “It’s all user choice and it’s so much more powerful when you’re enabled to make the game as quirky as you’d like, rather than us forcing comedy on you and limiting the experience.” “Dead Rising 3’s” Xbox SmartGlass Companion for your mobile device provides more ways to play the game as well. It can set navigation waypoints that guide you and your co-op partner around the city, locate weapon caches, and call in deadly military airstrikes.

“We wanted gamers to be able to press a button and things would go boom,” said Josh Bridge, Executive Producer on “Dead Rising 3. All the extra support gives you more fun, destructive tools to play with, but the development team has carefully balanced them as well to ensure they’re not overpowered.

The Xbox SmartGlass Companion also adds another layer of narrative depth for those who want to be fully immersed in the experience. When Nick discovers a transmitter in “Dead Rising 3,” an in-game character will call and text your real-life mobile device (“No data fees will be charged,” assured Bridge) with advice and hints.

While the Xbox SmartGlass Companion is optional and won’t dramatically impact how you play “Dead Rising 3,” it introduces a new dimension to your gaming experience by bringing it into the real world. In the words of Max Brooks, author of the critically-acclaimed novel that inspired the summer blockbuster “World War Z”: “This is a real game changer…it actually makes a whole new level of reality in a way like no other game has. I think that’s going to change everything and why it’s so brilliant.”

“Dead Rising 3” gives you the freedom and all the tools you’ll need to execute your personal strategy for the zombie apocalypse. How, and if, you survive the legions of the undead, though, will be determined this November when “Dead Rising 3” launches exclusively on Xbox One.