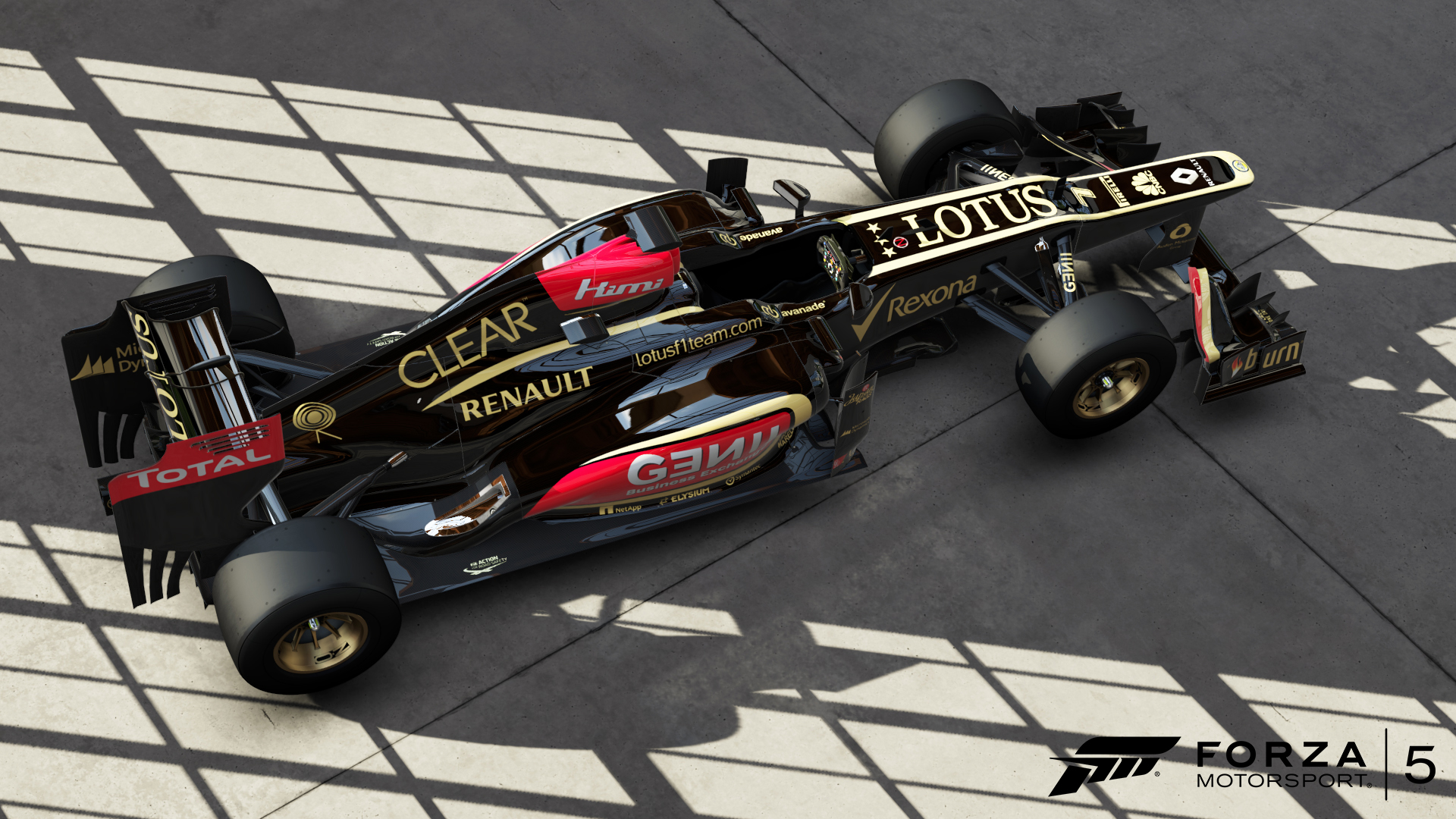 Welcome to the final edition of the Forza Showroom, where our friends at Turn 10 Studios have announced the final 35 cars that will be included in “Forza Motorsport 5.” The standout among this week’s cars is definitely the Lotus e21 because for the first time ever, fans will be able to pilot the car driven by Kimi Raikkonen and Romain Grosjean.

Also, for those fans seeking to fill their garages with every option available for “Forza Motorsport 5,” the first “Forza” DLC car pack – the LaFerrari Car Pack – will be available on day one through Xbox Live. If the title doesn’t give it away clearly, the pack includes the latest super car from Maranello, the 2013 LaFerrari. Accompanying the only car deemed worthy of replacing the Ferrari Enzo are nine other cars ready to hit the track. Look for more details on all the cars from the LaFerrari Car Pack in the near future.

For the full list of cars revealed, head to www.forzamotorsport.net.  Also, check out the “Forza Motorsport” Facebook page and, to talk about all the cars in the game, head over to the official “Forza Motorsport 5” Showroom thread on the forums.

Kimi Raikkonen won the 2013 season-opening race in Australia; immediately proving the worth of the latest Lotus chassis design. Throughout the course of the 2013 grand prix season, Raikkonen and teammate Romain Grosjean have been consistent podium finishers. Undoubtedly some of the credit for those accomplishments go to the drivers and the team, but give the James Allen-designed e21 its due. With driver and cameras the E21 weighs in at just over 1,400 pounds and it is powered by the Renault RS27 2.4 liter V8. The engine is mid-mounted and employs KERS (Kinetic Energy Recovery System) for additional power for passing or defending. When the engine reaches its astronomical 18,000 RPM redline the scream is of deafening proportions. Throughout the E21, you will find carbon fiber; the chassis is composed of molded carbon fiber and aluminum honeycomb. Carbon fiber composes the double-wishbone suspension and extensive aerodynamic components. The E21 represents one of the most successful chassis designs of 2013 racing at the highest level of motorsport.

Niki Lauda and Scuderia Ferrari won the Formula One Championship in 1975 and both were a dominant force in 1976. Newly implemented rules forced a near complete redesign of the Ferrari race car, the 312. An entirely new monocoque of tubular steel and aluminum body panels incorporating new ducting for cooling and induction was built, then coupled with suspension from the T1 model. The rear-mounted longitudinal flat 12 produced somewhere around 500 horsepower. Throughout the 1976 season Lauda battled McLaren driver James Hunt, as portrayed in Ron Howard’s 2013 smash hit film “RUSH.” Mid-season, Lauda had a horrendous fiery crash at the Nürburgring in which he was badly burned. Ferrari pulled out of the following two grand prix but, much to the surprise of Hunt and Formula One fans, Lauda returned for the race at Monza to win. Lauda pulled out of the final race of 1976 in Japan, but went on to win in 1977. A few laps in the 312T2 will showcase just how tough the drivers of this era were.

As one of the winningest Formula One cars of the 1970s, the M23 gave McLaren its first F1 Championship with driver James Hunt. The M23 and Hunt battled Niki Lauda and Scuderia Ferrari in an epic race season that is depicted in 2013’s major motion picture from Ron Howard, “RUSH.” Powered by the Cosworth DFV engine, and featuring new airbox and intakes to comply with 1976 rule changes, the M23 gave Hunt the weapon he needed to topple Scuderia Ferrari. Hunt and the M23 achieved two victories before Lauda’s near-fatal crash at the Nürburgring. While Lauda recovered, Hunt dominated and pushed to within three points of winning the championship entering the final race in Japan. Despite a soggy track and poor visibility, Hunt would vie for third place, good enough overcome Lauda who pulled out of the race due to safety concerns. The M23 contributed two driver championships, one constructor championship, and 16 victories overall. The M23 is not for the timid, but a chance to drive this legend is worth the risk.

A weapon for the track, but legal for the street, the X-Bow was developed by motorcycle manufacturer KTM to be a pure performance machine. The R version brings an additional 60 horsepower to bear; to accommodate the power increase, the torque arm was lowered. A beneficial side effect of doing so was a lowered center of gravity. Add to the package stiffer springs and friction-reducing Teflon washers and the X-Bow is in its own realm of cornering ability. Deadly accuracy in the turns combined with bullet-fast acceleration have made the X-Bow a choice car for the Race of Champions but, for any mere mortal driver, it has more ability than most will ever tap. This means it is a perfect car for pushing your driving limits. Powered by a 2.0 liter Audi four-cylinder and available solely as a six-speed manual, the X-Bow requires nothing more than a driver to begin hunting for incredible track times.

The 1969 Boss 302 is a legend of Trans-Am racing, built by Ford to compete against the scourge of GM victories. It was driven by the likes of Parnelli Jones and temporarily turned the tables in Ford’s favor in the 1970 season. This free-breathing old school V8 was capable of much more than controlled terror in a corner; in fact, it was downright sporting. Car & Driver Magazine called it “the best handling Ford to ever come out of Dearborn.” It may have been rated at 290 horsepower, but everyone knew upon driving it there were much closer to 400 ponies under the hood. With less than 2,000 built in 1969, the Boss 302 is the perfect competitor in any race of American steel.