For the month of July, Xbox Live Gold members will receive four new free games – two on Xbox One and two on Xbox 360 – as part of the Games with Gold program.

This July represents two full years since we began giving Gold members access to amazing games, completely free. As a special thank you to our Xbox fans, we’re announcing that starting in July, Games with Gold will offer two new games on Xbox One every month.

On Xbox One, Xbox Live Gold members can download Assassin’s Creed IV: Black Flag ($29.99 ERP) for free during the month of July. So Many Me ($14.99 ERP) will be available as a free download from July 16th to August 15th. 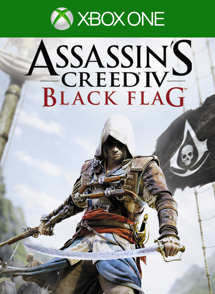 Read more about July Games with Gold titles over at Xbox Wire.