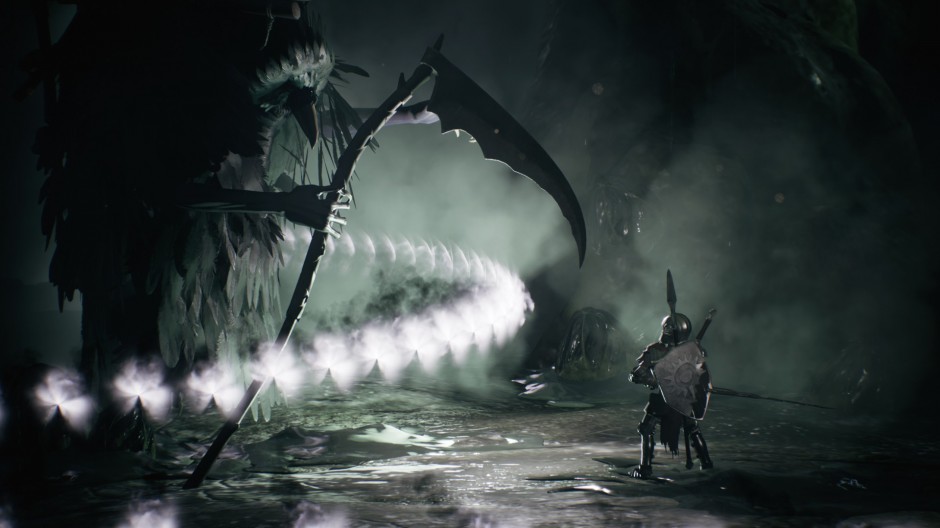 We started working on Sinner: Sacrifice for Redemption because we wanted to make something for ourselves. We’d worked for bigger studios for years and with the rise of indie games around the world, we decided that we wanted to join the party and make our own indie game. Sinner: Sacrifice for Redemption came about because of our love for the Dark Souls series and our desire to something smaller, tighter, and unique with the genre.

Unfortunately, as Chinese developers, we struggled to showcase, market, and build a community while developing Sinner. This was made even more difficult because we are Chinese speakers and our English isn’t great. Thankfully, we signed on with our publisher Another Indie who assisted with a lot of these things, allowing us to focus on the game and its development while they focused on marketing, showcasing, and social media.

As a team, we have always been fascinated by Western mythologies and religion, especially with the ideas of sin and redemption. We decided early on we wanted to make a game about the traditional “hero” archetype and his struggle with morality. As Sinner came into focus, the concept of the 7 Deadly Sins provided us with the game’s structure: Seven boss fights for seven sins. Perfection!

When balancing the game and its difficulty curve, it was the idea of sacrifice and redemption that came to the forefront. Our sacrifice system was a genuine epiphany and fit perfectly with the lore and style of the game. In Sinner the player must sacrifice their abilities and stats to face a boss. In Sinner you never get stronger, only weaker. This allowed us to make the game’s open approach as the game’s difficulty is based on how weak the player becomes. It’s thematically intriguing and allowed us to remove gates that may have blocked and frustrated players.

All of this has come together in an exciting way and we are incredibly proud of our accomplishments with Sinner: Sacrifice for Redemption and we are honored to be a part of Xbox Games Pass and ecstatic to be a part of the Xbox One family!

You can buy Sinner: Sacrifice for Redemption today on the Microsoft Store and is available now for all Xbox Game Pass members. With over 100 great games available for one low monthly price, including highly-anticipated new Xbox One exclusives the day they’re released, plus more games added all the time, Xbox Game Pass gives you the ultimate freedom to play.