Fallout 76 is free from now through June 17 in the Fallout 76 Free Trial Week on Xbox One. This includes Adventure Mode, Survival Mode, and even a pre-beta sneak peek at the newly revealed Nuclear Winter.

This is the perfect time to jump in and experience Wild Appalachia. Fallout 76 has received a steady stream of content updates, balance changes, hot fixes, and more in the months since launch. We are always finding new ways to ensure that Fallout 76 will continue to be a game people will play for years to come. Join us in West Virginia for this Free Trial Week and let us know what you think! 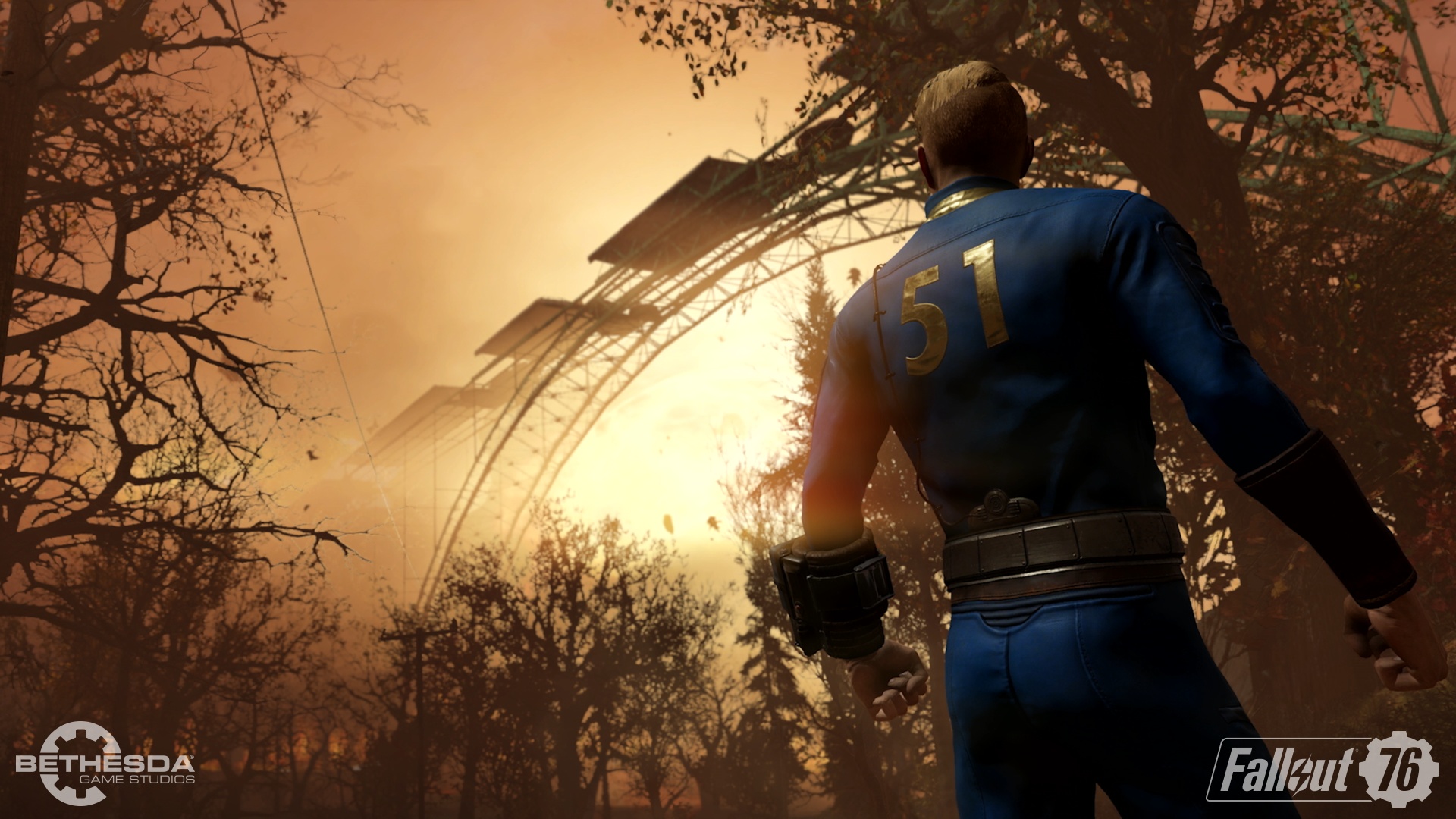 To take part in the Fallout 76 Free Trial Week, you’ll need to have an Xbox One Gold membership. Since it includes the full game, you’ll just need to locate the game in the Xbox Marketplace and download it. If you decide you want to purchase the full game after the Free Trial Week has ended, all your save data will carry over.

What Is Nuclear Winter?

Nuclear Winter is a brand-new mode in Fallout 76 that pits you against your fellow players like never before. The battle for the role of Vault 51’s Overseer has begun. Vault 51’s ZAX computer has initiated these deadly trials in order to ensure the next Overseer of the Vault is the best of the best. Playing and surviving in Nuclear Winter will be your key to progressing through the Overseer ranks and gaining access to new areas of Vault 51, where you’ll uncover some of the Vault’s mysteries. In Nuclear Winter, you’ll take part in a 52-player fight to the death. Nuclear Winter blends the competitive battle royale style with mechanics only Fallout can provide – from Power Armor and Perk cards, to C.A.M.P.s and wasteland creatures. Many of these mechanics have been adjusted to better suit this new gameplay mode and map size, including the stats of your weapons, armor, Chems and more.

You can carry your Adventure Mode character into Nuclear Winter, but their level doesn’t affect how much damage you can inflict or receive. Everyone starts each match on an even playing field. You raise your damage output and increase defensives by tracking down weapons and armor as the match progresses. This equalization also affects your S.P.E.C.I.A.L. stats and Perk cards. All your base game S.P.E.C.I.A.L. stats will be brought into Nuclear Winter, but you won’t have any of your Perk cards. Those will be unlocked as you play through the new mode. You also won’t have any of your S.P.E.C.I.A.L. passive bonuses, as those would provide some players with an unfair advantage. As for Perk cards, Nuclear Winter has its own suite of 73 Perk cards for you to unlock and equip as you play. In addition to the standard PvP play, players will also complete Challenges in Nuclear Winter, and any rewards from those – new cosmetics, workshop items, etc. – can be used in any mode for any character. Under the watchful “eye” of Vault 51’s ZAX computer, you will rise through the Overseer ranks as you play Nuclear Winter, which will earn you even more bonuses, including unique cosmetics like profile icons, C.A.M.P. plans, Power Armor skins and more.

Scavenge for weapons, supplies and nukes as you face off against your fellow players in the fight for the right to become the Overseer of Vault 51. Will you be the last one standing? Find out this week during the Fallout 76 Free Trial on Xbox One.