Pack Your Bags and Get Ready for the [email protected] Explore and Discover Sale
Now that school is coming to an end and the dust has settled from E3 it’s the perfect time to go on an adventure! The [email protected] team are here to help scratch that exploration itch. We went on a quest through our content to find some of the best adventure games… Read more A Parent’s Guide: The Best Xbox Game Pass Titles to Play With Your Kids this Summer
School’s out for summer! That’s a refrain that your kids likely will be singing for a couple of days, right before they launch into “We’re bored!” or “It’s too hot to go outside!” Trust us, we get it: you’ve got them signed up for summer camps and fun activities galore… Read more Citizens of Space Brings the Future of RPG Gameplay to Xbox One
The Earth is missing and it’s up to you, the Ambassador of Earth, to recruit Citizens from around the galaxy to aid you in your fight to get it back! For the development of Citizens of Space, we wanted to capture the same tone and humor of the previous game in the series… Read more Neverwinter: Undermountain Brings Iconic Dungeons & Dragons Campaign to Life
As we were designing an expansion for Neverwinter, we needed a huge space for players to progress to level 80 with a new cap increase. Where better to do so than in the biggest dungeon in the Forgotten Realms? With that idea in mind, Wizards of the Coast’s “Waterdeep: Dungeon of the Mad Mage”… Read more

A Look at Ghost Face, Dead by Daylight’s Latest Addition is Available Now on Xbox One
Lurking in the shroud of night, Dead by Daylight’s Ghost Face is a natural stalker who likes to study his victims before striking. For this new killer, we decided to have a bit of fun. This time, it’s you that will be playing hide and seek with the survivors. The power of Ghost Face is… Read more E3 2019: Lie, Sneak, and Blast Your Way to Success in The Outer Worlds
Thanks to a development history that includes titles like Pillars of Eternity and Neverwinter Nights 2, a new game from Obsidian Entertainment is automatically an event. Specifically, when it looks like it might be a continuation of the designs seen in Obsidian’s Fallout New Vegas… Read more

Vigor Update 0.9: Aid is Coming in July to Xbox One
Waiting… waiting never changes. After a burst of new information about the upcoming Summer Release, there’s been next to no news from our side. Indeed, we prepared a handful of minor updates – including the addition of Random Duos – yet there was nothing major on the horizon… Read more 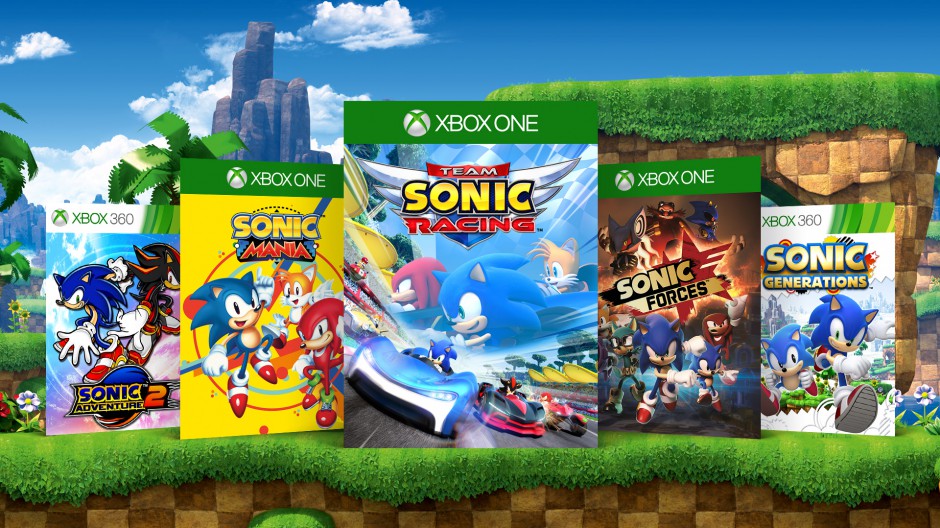 Journey Through Generations of Sonic the Hedgehog Games with the Anniversary Sale
June 23, 2019 marks Sonic the Hedgehog’s 28th birthday and now’s the best time to journey through one of the most iconic gaming franchises from the start with the original Sonic the Hedgehog and end with Team Sonic Racing, the latest Sonic game. To celebrate, we’re launching… Read more

Tune-In Tomorrow to ELEAGUE Gears Summer Series: The Bonds and Betrayals of Brotherhood Episode 2
Stemming from Xbox’s partnership with ELEAGUE, the first episode of the six-part docu series focused on the stories and players behind the world of Gears Esports aired on TBS last week. This premiere episode introduced a diverse set of Gears of War pro… Read more A New Master for Minion Masters with an Inside Look at Morellia
It was a wild couple of months of preparations to release Minion Masters and bring it to Xbox One. That means we can sit back and relax, right? Nope, that’s not the BetaDwarf way. We have too much stuff we want to show you. We wanted to add something very special… Read more Next Week on Xbox: New Games for June 25 to 28
Welcome to Next Week on Xbox, where we cover all the new games coming soon to Xbox One! Every week the team at Xbox aims to deliver quality gaming content for you to enjoy on your favorite gaming console. To find out what’s coming soon to Xbox One, read on below and click on each of the game profiles for pre-order details (dates are subject to… Read more

E3 2019: Scavengers is a Tornado of Compelling Competitive Survival
Scavengers is a 4-player team-based survival shooter that is billed by developer Midwinter Entertainment as “co-opetition.” That’s a made-up term that actually captures the spirit of the game, even if it doesn’t begin to hint at what makes it unique. Scavengers imagines an Earth that has been plunged into frigid cold thanks to the destruction of the Moon… Read more