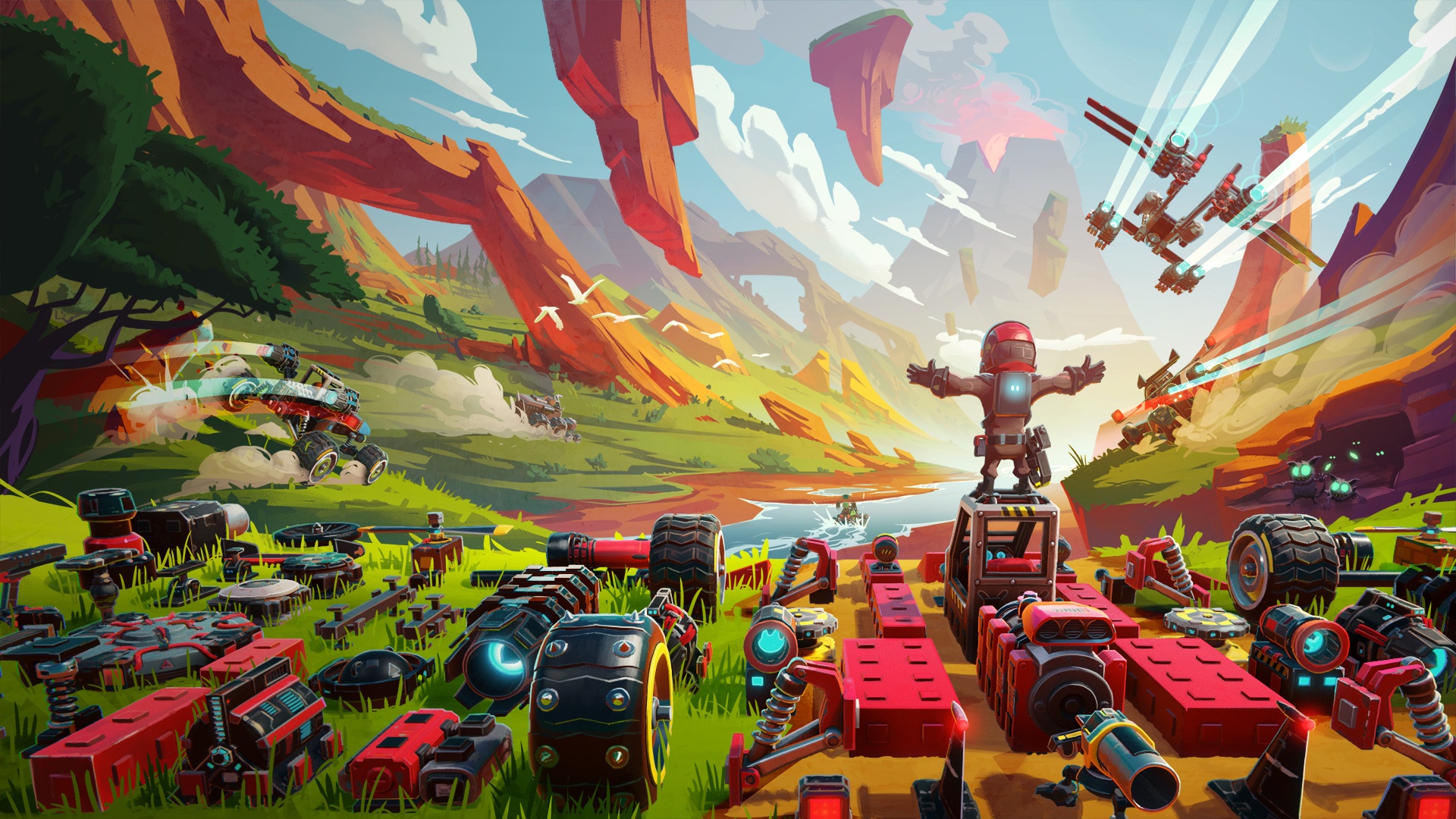 The imagination is a beautiful thing. Watch any kid playing alone and you’ll experience the magic of the imagination first-hand – they can entertain themselves for hours on end with nothing more than a pile of building blocks. We don’t believe people ever really lose their imaginations, so we set out to make a game where your imagination can run wild, and people could create things others wouldn’t even be able to dream of! That game is called Trailmakers, and it’s finally getting its full launch on Xbox One today!

Trailmakers is part creative vehicle-building sandbox and part racing game. Like playing with LEGO as a kid, you take simple blocks and put them together to make any kind of vehicle or machine you can imagine – racing cars, stunt planes, dinosaur robots, jet-powered bananas…anything! Once you’ve made your dream creation, you can take it out onto a whole load of different maps – you can race in rallies, battle it out against other players’ creations, mess around in the sandbox mode or just go out exploring the world around you, editing and tweaking your builds as you go.

And the coolest thing is that you can share blueprints for any of your creations through the Xbox Gallery, and all creations in the Gallery can be downloaded, modified, and piloted.

Since it’s launch day, we thought we’d take a look at a few of our favourite community creations we’ve seen since the game entered into Xbox Game Preview last year.

Fancy getting medieval? The Trailmakers community has you covered, as you can see with this amazing jousting knight one of our players put together. Charge!

One of our players decided it was time to take a break from it all and take the dog for a walk instead. He may not be the fastest of vehicles, but he is a very good boy.

This creation, affectionately known as Stunt Banana was taken into battle in our PvP Dethrone mode and absolutely smashed the competition to pieces – fruit isn’t always good for your health…

We’re constantly blown away by how creative our players are, and we’d love for you to join us in Trailmakers and show us what you’ve got – as well as all the amazing racing and creation stuff, we’re also adding a massive game-changing new campaign mode today! Also, come say hi to us over Twitter at @PlayTrailmakers.

Trailmakers is available now on the Microsoft Store for Xbox. Click here for more details.