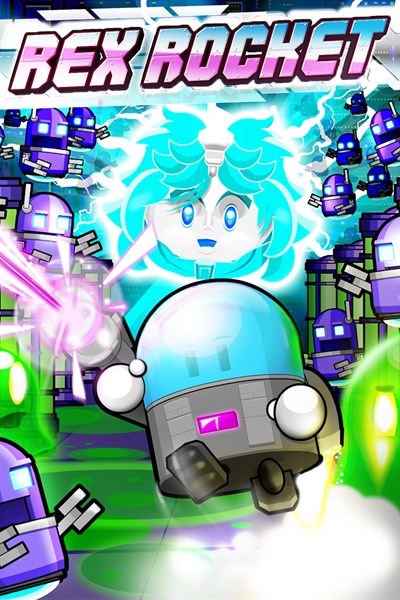 ☆☆☆☆☆ 4
★★★★★
$9.99
Get it now
Inspired by the glorious retro days of 8-bit gaming, Rex Rocket is a traditional 2D platformer that pays tribute to classic NES games like Mario, Mega Man, and Metroid. Old-school fans and platformer newcomers alike will find Rex Rocket an enjoyable and rewarding experience thanks to one-of-a-kind handmade pixel art that makes up over 100 handcrafted levels connected in an expansive starship-- each filled with a wide variety of puzzles, enemies, hazards and bosses. An original chiptunes soundtrack by Saskrotch, captivating setting filled with quirky characters, and ability to choose the gender of your hero is only a handful of the many awesome features in the game. Set in Earth's distant future, Rex Rocket alludes to the classic conflict of Man vs. Machine. You play as either Captain Rexford or Rexanna, a former war hero who now transports scientists throughout the universe in the epic Star Ship-- S.S. Montana. The game begins on Earth as the crew prepares for another routine mission for the Council of Science that involves transplanting bio-engineered Terra-Oozlings onto an uninhabited planet on the other side of the galaxy. While the ship's crew are in cryo-sleep, all heck breaks loose when the dangerous specimens escape and cause the ship's main AI computer to go insane. It's up to Rex Rocket to stop the rogue AI, rescue the crew, and take back control of the ship!
Product Info:
Developer: Castle Pixel
Publisher: Castle Pixel
Website: Rex Rocket
Twitter: @castlepixel