65 million years ago, dinosaurs ruled the Earth. And today, Return to Jurassic Park invites players back to Jurassic World Evolution with its latest and biggest premium DLC pack. To get more details I talked with our Executive Producer Richard Newbold to share more about what’s in store for players on Xbox One.

Executive Producer Richard Newbold: It did! We’re going back to the beloved locations of Isla Nublar and Sorna with our new premium DLC pack, Return to Jurassic Park. Not only is it the largest expansion to one of our bestselling games, but we’ve also reunited Sam Neill, Laura Dern, and Jeff Goldblum to reprise their iconic roles of Dr. Alan Grant, Dr. Ellie Sattler, and Dr. Ian Malcolm.

MS: So what was that like, reuniting the gang after all this time?

RN: It was fantastic. We are all huge fans of the series at Frontier, so getting to work with the original cast as they got back into character made us all feel like we were kids again and seeing the film for the first time, amazed by the sight of a dinosaur brought to life.

MS: So when you take a game like Jurassic World Evolution and go back to such an iconic location and time period, what’s the most important thing? And where do you start?

RN: Authenticity. That’s the big thing we’re aiming for with this pack, letting fans feel like they’re a part of that world. Not only do we have the original cast, but we’ve also worked on updating and changing so many other aspects. On top of the all new content, we’ve added legacy dinosaur variants, including the 1993 T. rex model from “Jurassic Park,” 1997 Stegosaurus model from “The Lost World” and a dozen others. We’ve added new building designs and reworked how many of them function, such as the Visitor Centre now being the research hub, more scenery objects such as signage, and even a new guest need, restrooms, which add a new level of management for players to enjoy.

RN: We’re adding our first winged reptile, the Pteranodon, which brings a new verticality to the game and an entirely new habitat, the Aviary. At the other end of the scale, we’ve also added our smallest dinosaur, the Compsognathus. Compys are small and quick and offer a new challenge for players, guests and the Rangers. We’re really excited to be adding both of these creatures to Jurassic World Evolution.

There’s a lot more too. Now the Visitor Centre is the hub for research and fossil extraction. Guests and new dinosaurs alike arrive from another island via the Arrival Building helipad. There’s the new Jurassic Park Tour ride, the classic Jurassic Park Gates and more. All in all, we’ve got 16 new building variants some of which also add a new approach to management systems, as many of them have different purposes now. And all of this can be played in Sandbox or Challenge Mode too.

MS: You’ve typically added free content and improvements alongside your premium DLC and dinosaur pack drops. Anything to share with us this time?

RN: There are a few big changes coming to all Jurassic World Evolution players, whether they have the DLC or not. Ranger Danger is a term we’re using to describe new dinosaur behaviors; ranger teams who get too close to dinosaurs will risk being attacked, so you’ll need to use the new flare gun to distract more aggressive species. If the vehicles take too much damage they’ll need to return to the ranger station for repair. We’ve also added new guest needs with restrooms, another aspect for players to consider and a big request from the community. And then there’s the ongoing fixes and tweaks also.

MS: Sounds like a lot. Anything else to add?

RN: It’s an honor to be able to stomp around this prehistoric playground, and we love every minute of it. 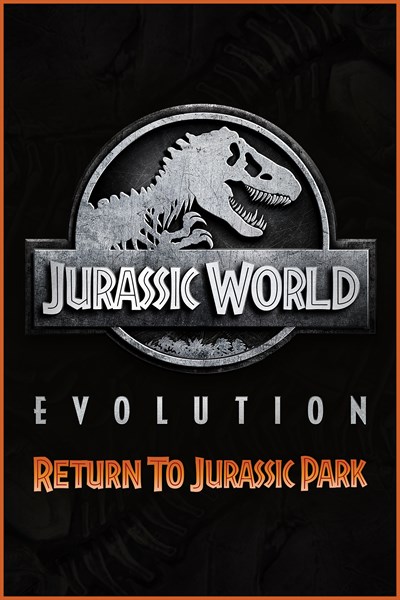 ☆☆☆☆☆ 94
★★★★★
$19.99 $17.99
Get it now
Welcome back to Jurassic Park… Following the events of the iconic 1993 film, you are invited to return to the island where it all started. Reclaim the park from the dinosaurs, rebuild beloved locations, and overcome brand new challenges guided by Dr. Alan Grant, Dr. Ellie Sattler, and Dr. Ian Malcolm in an original narrative voiced by the film cast. The pack features Jurassic Park-inspired attractions such as the Main Gates and Jurassic Park Tour, new dinosaurs such as the Compsognathus and Pteranodon, legacy skin variants, and much more. In addition, you can also replay all existing Jurassic World Evolution challenge and sandbox levels with a 1993-inspired overlay and inventory!