On December 10 we will be sharing our piece of the Avicii legacy with all of you, as we release Avicii Invector out into the wilderness.

Avicii Invector thrusts you into a musical journey across six different worlds lit up with fantastical colors, wondrous sights, and 25 of Avicii’s greatest tracks. You’ll glide, float, and race through each musical track, tasked with hitting the beat, swiping each fade whilst wrapping yourself up in each world and track – the goal: keep the beat and rock hard for that high score.

We were fortunate to work with Tim “Avicii” Bergling on this game when he was still with us – the mission: take some of the greatest hits of Avicii, throw them into a highly visual experience and allow people to feel the soul of each beat and fade.

During our time working with Tim, it was clear he understood music, rhythm games and the world of games in general. Like an excitable kid at Christmas, he wanted to get arms deep every step of the way to bring his project to life. Hours were spent testing each gameplay mechanic each musical phrase and even the order in which tracks were played and their placement in each world.

Our world was frozen the day we heard that Tim had passed away and it was a tough time for all of the involved team – this wonderful man had spent hours with us, laughing, winning, losing and being a bright presence… now he was gone.

After some time passed, we heard that Tim’s father and team were setting up the Tim Bergling Foundation, a charity which would focus on recognizing suicide as a medical emergency as well as funding support for those suffering with their mental health.

To support the wonderful work of the charity, we went back to the game to finish what Tim had started with us. We decided to head back into the mix, overhaul the visuals, mechanics as well as add a new world to the game which would be in memory of Tim and include several tracks into the game from his posthumous album “Tim.”

25% of all proceeds from Avicii Invector will be donated to the Tim Bergling Foundation with an additional donation per unit, made by Hello There Games Wired Productions, to Safe in Our World; a charity which supports positive mental health awareness and support in the world of games.

Games have evolved over the years, providing unimaginable emotional connections to stories, themes and worlds – now we are in a position where those experiences can benefit and help those of us that are in need in the real world – a positive message that explodes from the screen and into the world at large.

Music, games, and life can stir emotions in the deep, sometimes they’re not always happy feelings and thoughts – together we can be the helping hand to reach out to people that find themselves in the darkness and bring them light, love, and joy.

Thank you all for being a part of this journey, for supporting our game, the music of Tim “Avicii” Bergling and for supporting an opportunity to light up the lives of others out in the world. 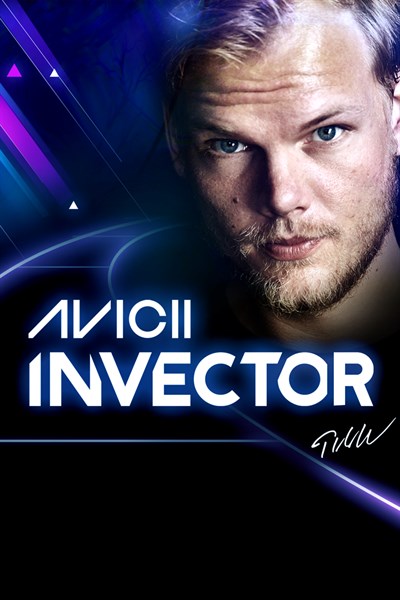 ☆☆☆☆☆ 89
★★★★★
$19.99
Get it now
Belt up and blast into the rhythmic regions of unexplored space in AVICII Invector. Created in collaboration with the late superstar DJ, AVICII Invector is a pulse-pounding, frenetic rhythm-action experience. Soar through vocal melodies, sweep each fade and attack every beat in 25 of AVICII’s biggest hits, including global chart toppers: Without You, Wake Me Up and Lay Me Down. Fly solo or recreate the party feeling of an AVICII concert with heart-thumping, competitive gameplay. Each track is built to perfectly match the on-screen visuals taking you through a musical odyssey of serene exploration. Find your rhythm, feel the beat and keep the musical journey flowing.