Dauntless is a game about slaying behemoths: colossal, aether-devouring beasts that roam the floating islands of the Shattered Isles. But what goes into producing these creatures?

The Malkarion, the final “boss” in the brand-new Escalation experience, is the latest addition to Dauntless. When building this beast, the team started with broad concepts before refining them.

“Sometimes, we’ll need a behemoth based on a certain element, and I’ll begin concepting in a wide arc, methodically narrowing things down,” says Phoenix Labs Concept Artist Jasper Sandner. “Then, the team will begin to develop gameplay ideas inspired by the visuals. There’s a ton of discussion and everyone contributes to the process.”

This was no different for the Malkarion.

“We were looking for an aerial shock-type behemoth, so that narrowed my art direction, and I began drawing within certain flying archetypes. We also knew we wanted to portray elegance. We chose to combine those flowing shapes with sharp, contrasting, lightning-like angles to maintain a sense of power in the design.”

“We wanted this to be our first ‘dragon’ type encounter within Dauntless,” continues Sandner.“It has a sense of pride that quickly turns into primal aggression. We wanted players to feel that.”

Designing the behemoth was only half the battle. In Dauntless, players craft gear from the monsters they defeat. A full set of armor and weapons can be built from Malkarion parts, and Sandner was behind the gear design as well.

“I started with the same design language that I used on the behemoth, looking for ways to use angular, aggressive forms, and combine them in a way that looked smooth and flowed nicely.”

Scale-like pieces interlock on the armor, and a three-part color set was pulled directly from the behemoth’s palette. Each piece harkens back to the Malkarion and those feelings of pride, elegance, and aggression.

It also has a cool hood.

While designs for the creature’s looks were underway, the combat design team was hard at work building the mechanics behind the fight.

“We asked ourselves what the journey to mastering the Malkarion would be for the player,” says Phoenix Labs Creature Designer Reid Buckmaster. “How would this fight feel on the 100th battle? We always try to add something new or develop something further, so that our encounter tool chest grows with each behemoth.”

The design team also considered which challenge fantasies have yet to be offered to the players. They wanted to build new ways for players to feel powerful. “We’re always trying to make bigger and badder behemoths than what came before, but we also asked ourselves what’s its personality and what makes this one especially intimidating?”

When it comes to new mechanics, the Malkarion has plenty.

“The Malkarion does lots of stuff other behemoths can’t. Namely, slayers can mount the Malkarion and ride it around the battlefield while dealing big damage,” says Buckmaster. But that mechanic wasn’t in the initial concept. Originally, the encounter was based on platforming mechanics. In the end, Buckmaster and his team decided that adding the ability to mount behemoths would be more exciting.”

The Malkarion can also pick up players with its jaws before slamming them into the ground below.

“No other behemoths before now could grasp a slayer in their jaws or claws, but we now have the ability to let them do just that.”

These new mechanics help differentiate the Malkarion from other behemoths in Dauntless while also growing the team’s encounter tool chest. Paired with the art team’s unique aesthetic design choices, the Malkarion is a completely new experience for players. And it’s one they can play today.

This week’s Stormchasers update includes Escalation, Malkarion, and more. Log in and take on the terrifying Malkarion. But first, you’ll have to brave the Maelstrom.

Good luck, Slayers, and keep your eyes on the sky… 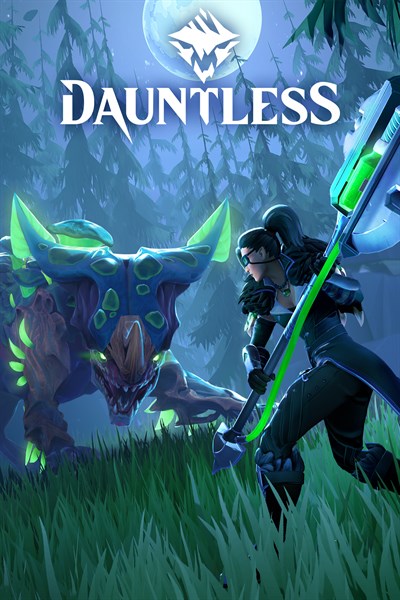 ☆☆☆☆☆ 590
★★★★★
Get it now
Xbox One X Enhanced
As a Slayer, you are all that stands between your world and the Behemoths that seek to devour it. Take on boss-sized monsters, forge powerful weapons, and craft armour from the very creatures you slay — all in a massive, free-to-play online world.