In 2016 we took a break from working on our physics-based platformer Clustertruck and went to a game-jam in a Swedish castle for seven days. A game-jam is a friendly game-developer competition where you are typically given a theme to make a game about in a short amount of time. We were inspired by the castle and decided to think up a scenario where it got attacked by weird wobbly creatures with googly eyes – we called it Totally Accurate Battle Simulator. It quickly became apparent that physics-based fighting was amazing and it didn’t take long before the rest of the world caught on

After the game-jam we posted a trailer of the game online and it went super viral within a few days and requests to play it were flooding in from people who wanted to play it. We realized this was the game we needed to work on after finishing Clustertruck. We released a free alpha for the game in late 2016 that has since been played by millions of people. We are excited to finally bring it to Xbox through the Xbox Game Preview program so even more people can get the chance to play it.

The process to get the game just right has been long and we have had to remake it from scratch two separate times. We have learnt a lot throughout this process and grown as developers and as a studio. We are very thankful to our community that have been following the game since 2016 and patiently waiting for us to finish it. You/They have been an amazing help during development, coming up with suggestions and feedback, helping us test the alpha and cheering us on.

The game currently has nine factions, 18 maps, a sandbox, unit possession, battle and campaign creator. There is a lot more to come of course, since the game is in game preview. Most notably the unit creator where the players will be able to customize their own units, we’re super excited to see what you/they come up with. 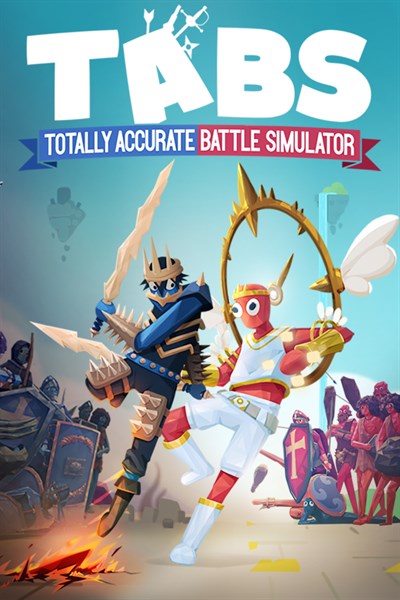 ☆☆☆☆☆ 727
★★★★★
$19.99 $15.99
Get it now
PC Game Pass
Xbox Game Pass
Free Trial
Be the leader of red and blue wobblers from ancient lands, spooky places and fantasy worlds. Watch them fight in simulations made with the wobbliest physics system ever created. When you grow tired of the 100+ wobblers at your disposal you can make new ones in the unit creator. You can also send your wobblers to fight your friends or strangers in online multiplayer!