Take up her Chakram and cut down your enemies with Kunoichi’s power of Awakening in a new update to the world of Black Desert on Xbox One.

The Story of Kunoichi’s Awakening

The story began long ago in the Ryuta river valleys. There, in the barren, drought-stricken lands lived the Okei tribe. Ichi and her tribe lived a modest life – surviving, but never thriving, and always praying for rain. The chieftain of the Okei tribe was wise, rational, confident, and everything Ichi hoped to be when she took over for her father as leader of the tribe. For years she trained with him in combat, discussed warfare strategy, and soaked in his wisdom while adding in her own. She banked all this guidance knowing that one day she would need it. She just never realized it would be so soon.

One Spring, the enemy Sonan Tribe began to boldly breach Okei territory. Any and all diplomatic missions by the Okei to the Sonan were met with hostility, including a meeting between the chieftains themselves. With options waning and tensions brewing, war was on the horizon.

A heat wave scorched through the Ryuta area and seemed to intensify the deafening stillness before the storm. So, when raindrops began to fall upon Ichi’s nose, she bolted to the riverbed to see if water had returned to the long bone dry bed. However, when she arrived, it was not water that she found. There, on the other side of the river, a woman laid unconscious. Ichi scooped her up and returned with her to the Okei tribe.

Upon nursing her back to health, the woman confessed she was from the Sonan tribe and had been exiled for breaking their laws. Since she had found the woman, the chieftain allowed Ichi to decide her fate. Ichi, in a moment of compassion, allowed the woman to stay.

As the heat dissipated, the woman regained her strength. Soon, she was helping tribe members prepare meals, gather herbs, and teaching the chieftain about Sonan culture. One night, the woman woke Ichi from her slumber, saying “I have something to show you.” Ichi followed the woman out of the tent and into the training yard. There, the woman held up a large ring with a sharp edge that glistened as it moved under the moonlight – a Sah Chakram. As the Sonan woman showed Ichi how to use the weapon, she was transfixed by the grace and beauty with which this weapon could be wielded to deliver deadly blows.

“The ring symbolizes the cyclical nature of life. All things begin and end the same way. Yet we are not down from this realization, we relish it as the ring also symbolizes acceptance.” She told Ichi as she displayed the basic movements of the weapons.

Following that night, Ichi spent everyday training with the Chakram. She worked hard to master the basics of combat and began to tentatively explore advanced movements in hopes that she could become truly dangerous with the weapon. Her father initially showed apprehension but came to accept her interest with the weapon, especially as tensions with the Sonan tribe continued to rise.

Without underground reservoirs to get through the heat, the Sonan tribe’s jealousy over Okei lands grew greater. They were much smaller than the Okei tribe, and knew they could not win in battle. However, they were clever. Scouts for the Sonan tribe discovered the exiled woman living among the Okei. Although the Okei tribe had saved her life and been nothing but kind, her ties to the Sonan ran deep. So, in an act of selfish desperation, she would betray the very people that had saved her life.

Ichi awoke one night from a deep slumber to the smell of smoke and the heat of flames. Grabbing her shortswords, she burst into the chaos outside her tent. Sonan warriors were cutting down the Okei, who were acting sluggish and unable to fight back. That was when it dawned on Ichi – the Sonan woman had put something in the water. Ichi felt it in her own arms as she fought back against the Sonan. She was winning, but just barely. In desperation and fear, Ichi escaped into the woods.

For days Ichi lived knowing she may have been the only one left from the Okei tribe. As her days alone in the woods went by, the more she began to accept that it was true. She cried for the children who were growing up in the village, her friends that fought by her side, and her father, who had trusted her judgement.

The day she returned to her tribe will forever be burned into her memory – in her mind as she traveled, fueling her anger as she fought, behind her eyelids when she slept. Bodies littered the ground. If they weren’t burned alive in their homes, they lay slain or mutilated by Sonan hands. Homes were in ashes, and each charred beam she stepped over fueled her hatred toward the Sonan woman. Ichi had shown her mercy, and she repaid this kindness with betrayal and slaughter. As she walked into what was once her home, a subtle glint in the corner of the room caught her eye. The Sah Chakram lay propped against a blackened beam. As she picked up the Chakram, she knelt upon the ashes of her life and swore to her father, “My vengeance shall be dealt with the Sah Chakram. Till the moon shines dark and the world is stained in red, I shall seek out those who ripped my life from me and end theirs.” 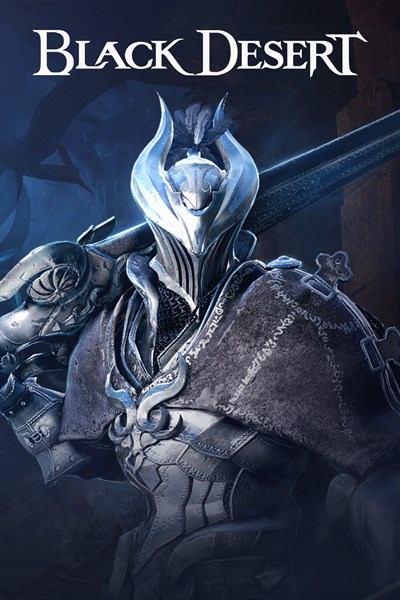 ☆☆☆☆☆ 318
★★★★★
Get it now
Xbox One X Enhanced
Xbox Game Pass
Black Desert supports backward-compatibility on Xbox Series X|S. Black Desert is a living-world MMORPG. Experience fast-paced, action-packed combat, hunt monsters and huge bosses, fight with friends in a guild to siege nodes and region castles, train your life skills such as fishing, trading, crafting, cooking, and much more! Players will enjoy jaw-dropping graphics, intuitive skill-based combat, and an immersive story encased in our expansive world that’s just waiting to be explored. Accompanied by a Black Spirit, a companion whose destiny is intertwined with their own, players will discover the secret of the Black Stones and the history of their corrupting effects. In a medieval fantasy setting, the game chronicles a conflict between two rival nations, the Republic of Calpheon and the Kingdom of Valencia. With a battle based on achievements and personal qualifications, Black Desert gives full control to players that can directly aim, escape and make numerous different skill combinations. [Accolades] – Join over 10 Million Registered Users in Black Desert – The 10 Best MMOs of 2017 – MMORPG.com – 2016 Best new MMORPG – MMORPG.com – 2016 MMORPG OF THE YEAR – MASSIVLY OP