Warriors Orochi 4 Ultimate launches today! For those unaware, Warriors Orochi 3 Ultimate was our company’s first Xbox One title, and now over five years later, we’re back with another exciting Musou adventure. This game marks the next evolution of our 1 vs. 1,000 action series, setting up one of our most epic battles ever!

In Warriors Orochi 4 Ultimate, the heroes of Dynasty Warriors and Samurai Warriors team up with the gods of ancient history to fight the powerful Odin and his evil army hellbent on destroying the world. Showcasing over 170 playable characters, the series features the most playable characters in any hack-and-slash video game to date, and WO4 Ultimate ups the ante once again, adding some slick new fighters to the adventure.

The first new character we’ve added to the lineup should be no stranger to Koei Tecmo fans: One of the most beloved ninjas in all of gaming, Ryu Hayabusa. Ryu first broke onto the gaming scene in the legendary Ninja Gaiden franchise, before taking his lightning-fast kicks to the Dead or Alive arena. In Warriors Orochi 4 Ultimate, the young member of the Hayabusa Ninja clan and heir to the throne of the Dragon lineage brings his legendary Dragon Sword to the battlefield, ready to slice and dice anyone who steps in his way… human or god, while proving once again that nothing is stronger than Hayabusa-style Ninjutsu!

Joining our favorite ninja is the mysterious new character, “The Genius Taoist” Yang Jian. Jian fights off enemies with a deadly tri-point, double-edged glaive, but best of all, always has his celestial canine companion, Xiaotian fighting by his side. When Yang Jian unleashes his special ability to deify in battle, he opens the eye on his forehead, spins his weapon, and envelops his divine canine in water. This magical ability causes Xiaotian to run in circles around the battlefield and generates a powerful whirlpool attack that pretty much wipes out every enemy standing before the heroes.

Also jumping into battle are the legendary Achilles, Gaia, Hades, and even Joan of Arc! Each of these characters bring their own unique weapons, magic, and skills to the fight as gamers charge into battle to find out the truth behind Odin’s sinister plan.

In addition to the new characters, WO4U also adds in a fun new Infinity mode to help gamers level up each of their favorite fighters. In the Trial of Zeus, gamers will take a three-player party on a deadly quest as they attempt to clear the trials of the 12 towers — with each dungeon representing a different sign of the zodiac. As they clear each trial, gamers will earn experience points, unlock characters, and strengthen weapons — combating tougher and tougher enemies with each advancement up the battle-torn tower. This is a great way to hone your skills while leveling up characters before ultimately jumping back into the main story to take on Odin and his fierce army.

Believe me, this is a mode that the development team has put the most hours of gameplay into in our spare time, and we can’t wait for everyone to give it a shot. Hope everyone loves playing as the new characters and battling their way through the Trials of Zeus as much as we do. 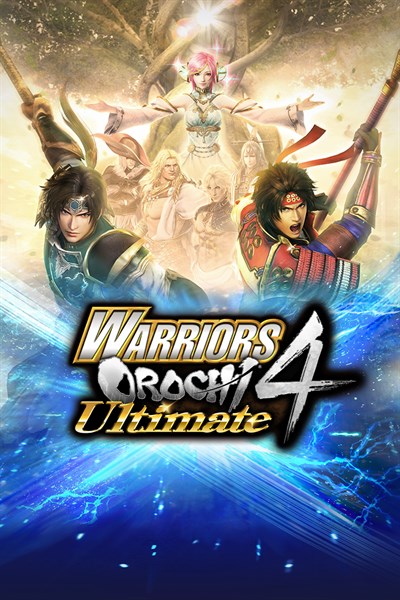