Today, Beam Team Games is excited to announce Stranded Deep is now available on Xbox One. The highly anticipated launch brings this action adventure survival game to console for the first time.

In Stranded Deep, you take on the role of a plane crash survivor stranded somewhere in the Pacific Ocean. Explore underwater and island environments as you hunt for supplies to craft the tools, weapons, and shelter you’ll need to stay alive. And now, for the first time, you can escape the island — only on console.

Experience terrifying encounters against sharks, giant squid and other sea creatures. Defend against attacks on land from wild boar, snakes and other native threats. Creatures are not the only threat: hunger, thirst, and exposure conspire against you as you brave treacherous elements. With a different experience every time you play, you’ll need to stay sharp to stay alive. Can you live long enough to make your escape?

The game was to be published by the original Telltale Games prior to the company’s closure. (The new Telltale Games started its operations last year). Stranded Deep for Xbox One was in publishing limbo for over a year. Beam Team Games finally acquired the rights back for the game and partnered with North Beach Games to bring the game to Xbox One. Beam Team are very thankful to all of the fans of the game that stuck with them during this process and hope they enjoy playing the game… and experiencing for the first time the escape!

Check out the new Console Launch Trailer in this blog post to see the latest footage of the game, including environments, shelters, weapons, and creatures. Or better yet, download Stranded Deep today from the Microsoft Store. 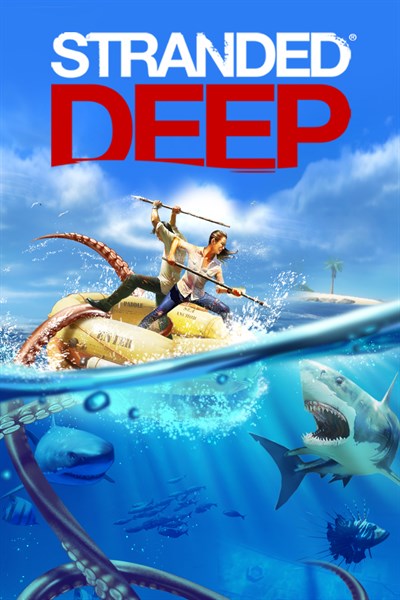 ☆☆☆☆☆ 392
★★★★★
$19.99
Get it now
Now Available with co-op multiplayer! TEST YOUR SURVIVAL SKILLS IN THIS OPEN WORLD ADVENTURE In the aftermath of a mysterious plane crash, you are stranded in the vast expanse of the Pacific Ocean. Alone, or with a friend, without any means to call for help, you must do what you can to survive. BUILD. CRAFT. SURVIVE. ESCAPE. Explore underwater and on land as you hunt for supplies to craft the tools, weapons, and shelter you’ll need to stay alive. Stay sharp: hunger, thirst, and exposure conspire against you as you brave treacherous elements and the dangerous creatures of the Pacific. Live long enough, Stay Alive!