The sequel to Woodle Tree Adventures is here, with many new enhancements! In this post I would like to talk about the development and the ideas behind Woodle Tree 2: Deluxe+, an open world platformer like no other. So lets get started!

The development of the game began in 2017. We wanted to create a platformer game so we started with the design of the new world.

During the design stage many ideas started to pop up, in fact we understood that we had enough ideas to develop even 2 or 3 entire whole new games! So we had two options: remove features and levels to the game or develop a world big enough to contain them all.

In the end we found out that the right path was to create an entire open world map that included all the villages, levels, and characters in the game. This could even help the immersion and credibility of the Woodle universe and its expansion.

Of course the most challenging development aspect of the game is the construction and design of a world big enough to contain all the levels. Moreover this would be run at 60 frames per second with no loading times. For a small team this seems like a crazy idea to realize, but we wanted to take the challenge anyway and develop the game of our dreams.

After many years of development, I’m proud of the game we managed to make and happy that you can now play it in its best version. In fact, we were able to add new challenges and local co-op multiplayer mode for up to 4 players!

The local multiplayer mode includes the main adventure of the game, so have fun with your friends! I hope this development post was inspiring and interesting for all the Woodle fans! 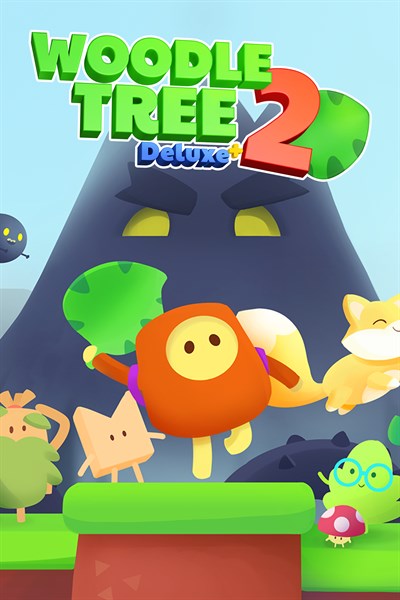 ☆☆☆☆☆ 23
★★★★★
$12.99
Get it now
Xbox One X Enhanced
This time a new menace is taking over the Wood Lands with a black substance that is absorbing life and energy from all living creatures! Will you be skilled enough to help Woodle in his quest to repel this enormous new evil force? Explore the wonderful lands and find a way to restore balance in this new Open World Platformer Adventure with RPG elements. Travel across immense forests and deserts, hills and seashores, from the highest mountains to the bottomless oceans as you meet new characters that will help in your own personal adventure while fighting challenging enemies. FEATURES: — A vast world to explore freely! — Platforming sections completely redesigned for the most hardcore gamers in this new Deluxe Edition — Fast paced new abilities and puzzles — Power ups and items to upgrade Woodle and the helpful Leaf — local co-op up to 4 players to experience the main adventure with your friends! — New bizarre characters that you’ll meet meet during your quest: will they help or hinder you?