Get ready for a packed update to World of Warships: Legends! Legendary Tier ships are here, with a new feature to unlock them, Russian Battleships are fully released including the Tier VII Vladivostok, and the new “Sword of the Pacific” campaign arrives with the first Tier VII premium destroyer as its grand prize. You will be able to start unlocking powerful unique ships, get more rewards, and play with rebalanced Tier VII ships throughout the update. Plus, there are 3 new maps!

The first Tier VII premium destroyer is featured as the final reward of the new “Sword of the Pacific” campaign: Yūdachi. She served in many of the early Pacific battles during World War II, and eventually earned the nickname “Nightmare of Solomon” for her actions in the Guadalcanal campaign. In-game, she is a stealthy destroyer with excellent torpedoes and a torpedo reload booster consumable, which more than backs up her historical reputation. You will have 5 weeks to finish the 90-levels of the campaign, earning plenty of Boosters, consumables, and more along the way!

The Bureau is here to help you get command of one of the new Legendary Tier ships. In essence, the Bureau gives you the ability to research ships and other rewards over time just by playing the game daily. The research rate can be boosted by completing daily trials and assigning specific ships to the project, helping you finish them faster. After you finish a short introductory project, you will be well on your way to the first end-game ships—Yamato, Alaska, and Großer Kurfürst. These ships are long-term goals, it will take a couple months to complete a legendary tier project.

The three Legendary Ships are very powerful and have some unique attributes. Yamato excels in medium to long range combat thanks to her immense 18-inch guns and armor scheme. However, Yamato can be surprisingly vulnerable at close ranges due to her armor weak spots—which is precisely where the other Legendary Tier Battleship, Großer Kurfürst, excels. This German behemoth is built for brawling combat with extensive armor and the most hit points in the game. Alaska, the only cruiser in this Legendary Trio, is probably the most unique ship out of the bunch. She was the first of two Large Cruisers built for the US Navy, essentially a super-heavy cruiser originally designed for combat against the German pocket battleships. Her punchy 12-inch guns—the largest on any cruiser in the game—put Alaska into a league of her own.

Also, the Russian fleet is finally complete, as the Russian Battleships are leaving early access this update. They bring a lot of firepower into battle, though they don’t have the best accuracy at long range. It’s best to use their heavy armor to get close before delivering devastating blows. The full release includes the Tier VII Vladivostok, the most modern battleship available in the Russian tech tree. She has excellent firing angles and armor, but like most of the Russian behemoths, she isn’t very maneuverable and has a large citadel to protect.

Plus, there are 3 new maps on the way: Greece, Northern Waters, and Crash Zone for high tier battles. All this comes with UI improvements, new fire effects for ships, and balance changes too. There’s a lot coming to World of Warships: Legends this update, check it out! 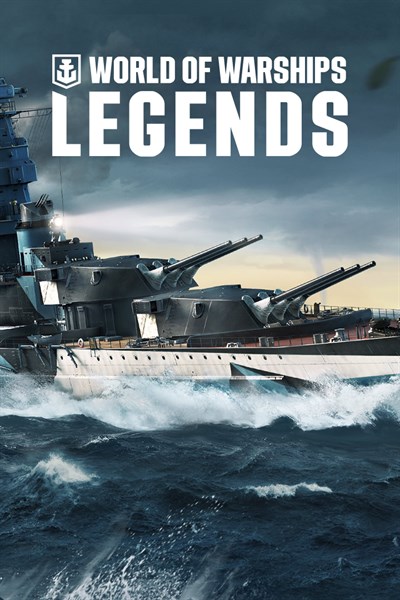 ☆☆☆☆☆ 423
★★★★★
Get it now
Experience epic naval action in World of Warships: Legends, a global multiplayer free-to-play online game in which you can master the seas on the decks of history's greatest warships! Recruit Legendary Commanders, upgrade your vessels, and stake your claim to naval domination alongside and against players from around the world. FREQUENT UPDATES New content in the form of ships, Campaigns, Bureau Projects, events, and more arrive regularly! Each update brings new features to shake things up in-game. FEATURE RICH Develop Legendary warships such as Yamato from the ground up in the Bureau, compete in Ranked Battles seasons for exclusive patches and extra rewards, and finish epic Campaigns to gain powerful new ships! CHOOSE YOUR COMBAT STYLE Take control of over 120 destroyers, cruisers, and battleships—a range that's perfect for every playstyle, whether it be an all-guns-blazing approach, more careful and methodical attacks, or tactics that are unique to you. TURN THE TIDE IN EPIC 9V9 BATTLES Join forces with friends to challenge players around the world, and work together across consoles to devise strategies and plan attacks via voice chat. Cooperate to outgun your opponents and Turn the Tide of battle! World of Warships: Legends features loot boxes known as "containers" and "crates." These provide various items to boost your in-game progress. © 2012-2022 Wargaming.net.