After more than three years of development the psychological thriller, Those Who Remain, releases digitally on Xbox One today. The game is a narrative lead experience, filled with tension and mystery, which, is in ways similar to the story of the game’s development, which we wanted to share a little of with you here today.

At the start of 2017, after gathering experience on other projects, we knew we wanted our next game to be a horror/thriller. As massive fans of horror and the supernatural (Think “Twin Peaks,” John Carpenter, “Stranger Things,” and Alan Wake), it is interesting to see the different approaches people have to making horror games. One thing we were sure of, was that we didn’t want to follow the path of classic horror games with monster chases, gore, and violent jump scares. It is safe to say, Those Who Remain explores the more psychological side of the genre, with a deep atmosphere, and an unnerving setting.

A goal became an idea and we decided to make a game where darkness would be the antagonist.
We searched for inspiration and our imaginations were sparked by a 2010 movie called “Vanishing on 7th street.” In this movie, the power is going out everywhere, and any people that are caught by darkness disappear.

So, we began prototyping to see how this could work in a game, and we quickly realized that the idea would not work quite as well as it did in the movie.

We had the idea of adding some sort of creatures in the dark. It would not be darkness itself that would kill, but these creatures.

As a 3-man team there are many challenges. We have to remain super organised and focused, communication is key as we navigate various online meeting rooms, such as Skype, Zoom, and Discord. It works, we make it work, but sometimes we do miss the intimacy of real face to face time. Being on other sides of the world, in different time zones (California and Portugal to be precise), this isn’t often possible, and so it was important that we made good use of the short time we had together.

By the end of the Summer 2017 full production started on our biggest project to date, Those Who Remain.

Once production gets going in earnest, each of us focuses on his role and area of responsibility, but we are constantly communicating about our tasks and taking time to step back and look at the overall project.

One important early decision that we made, was that the game was not going to have music.
Music works well in action horrors and movies, but not particularly in this kind of game where players are immersed in themselves and the tense, unnerving environment, it would be more of a distraction.

We took the decision to get the help of two excellent sound designers, who came aboard and reworked all the game’s audio. We told them what our vision was and let them work freely – and follow their own instincts. They did a fantastic job that completely scaled the immersion level of the game. Audio is always important, but in a game built around tension and a foreboding atmosphere, it is essential.

It can be easy to lose perspective on something when you’re so task focused, especially when the project has been in development for a while. Looking back, it is at this stage that we probably started to get a bit of tunnel vision, and we realized that we needed to get feedback from people outside of our bubble.

We decided to start testing the game pretty early on. We wanted to know if the puzzles were understandable, if the story was clear, and most importantly, if the game was fun.

And so, we organized numerous gameplay sessions with local game development-related schools and universities – the students loved it – and we got extremely important feedback from them that we used to improve the game.

Looking back, we have been through a lot; we have learned a lot and we are so happy and excited to be here in 2020 taking Those Who Remain to Xbox players all around the world.

So, welcome to  Dormont, the fictional town that is mysteriously shrouded in darkness.

Light is your only weapon, and you will have to use it if you hope to survive the long night. You will also have to travel between worlds, to an alternate reality that is directly connected to ours and solve puzzles. What you do in one side, affects the other.

You will meet other survivors and you will have to make a few tough decisions, (sounds familiar!)

Just remember, your choices have consequences. 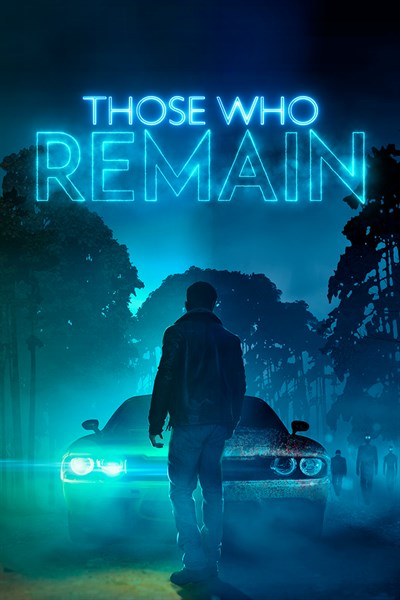 ☆☆☆☆☆ 38
★★★★★
$19.99
Get it now
Xbox One X Enhanced
As the lights go out, the embers of darkness are stoked in the sleepy town of Dormont. Confront uncomfortable horrors, keep your sanity in check and survive the night in this story-driven first-person psychological-thriller.