I originally created the prototype of Forager in just two weeks for a game jam. Forager lets players embark on an adventure to explore a vast world filled with secrets, puzzles, friendly characters, and foes. With just a pickaxe, craft, explore, and gather resources to build your base (and defend it!). I like to think that Forager pulls together a quirky mix of beloved features from action-adventure games, sandbox games, and RPGs. I hope you’ll have a hard time putting the game down!

I’ve been blown away by the incredible community of Foragers who have supported the game since my journey first began, and I couldn’t be happier to bring Forager into the hands of even more players with Xbox Game Pass. I always love hearing from the Forager community on Discord and Twitter, so feel free to reach out and share your creative ideas to further evolve the game.

So, without further ado, good luck to you and happy foraging! 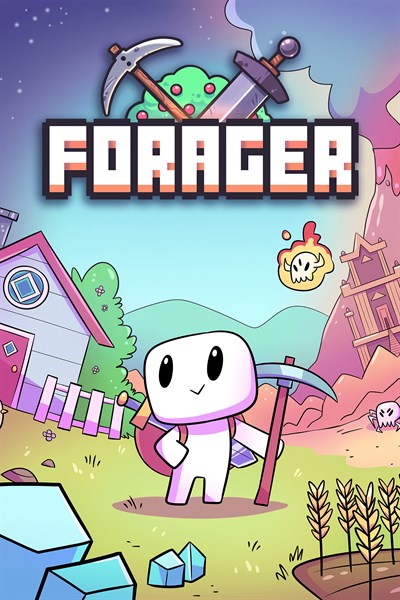 ☆☆☆☆☆ 319
★★★★★
$19.99 $15.99
Get it now
Xbox Game Pass
Forager is a 2D open world game inspired by your favorite exploration, farming and crafting games. – Gather, collect and manage resources. – Craft useful items & structures. – Build and grow a base out of nothing. Buy land to expand and explore. – Level up and learn new skills, abilities, and blueprints. – Solve puzzles, find secrets and raid dungeons! – Achieve anything you want! The choice is yours, you set your own goals to work towards! Start small and improve your base, skills, equipment, network of friends (and enemies!) and build your future as you see fit!