Welcome to the world of Skully – a lush island paradise virtually untouched by mankind. This beautiful and once quaint island destination is the stage of a turbulent family fued that threatens the island’s very existence, and it is up to a skull that has been reanimated by the power of magical clay to put an end to the conflict.

Players can get their hands on this island-hopping adventure starting today on Xbox One!

Unable to resolve the quarrel alone, a deity known as Terry enlists our protagonist, a reanimated skull given a second chance at “life” after being imbued with the power of magical clay. Appropriately named “Skully”, our boney hero will traverse the diverse landscapes while avoiding a myriad of dangers through the aid of three creatures, conjured by the same power that gives this skull life, in their quest to restore tranquility to their home.

The scenic landscapes that populate the isle will serve as more than just eye candy – they are also home to a series of challenging environmental puzzles. As Skully and Terry venture deeper inland, they will encounter flowing lava, steep mountainous terrain, open plains, sandy beaches and more. These biomes will require the duo to utilize all the tools available to them to progress, and the same power that has given Skully life will allow them to summon different clay forms to aid in their travels.

Death and All His Friends

The magical clay that bestowed Skully the ability to roll around the island will also allow him to conjure three different magical creatures to aid in this journey – each possessing their own unique abilities and personality.

Strong form’s raw power will allow him to obliterate obstacles and enemies in your path, the swift form will grant a high-speed dash and the ability to move obstacles blocking the path, and the vault form will catapult Skully to new heights and across divisive ravines that divide the island into uneven portions.

Skully will need to coordinate a combination of these three summons to dodge, defeat, and destroy obstacles and enemies in their way, as they roll around the island confronting the elemental deities that introducing chaos across the island.

Skully is an inventive approach to physics-based puzzle-platformers and controlling this ball-shaped skull will feel right at home for anyone who has played or is a fan of the Super Monkey Ball or Marble Blast series. Mastering this movement combined with the trio of clay summons will prove to be a fun, challenging, and rewarding experience. Check it out today on Xbox One. 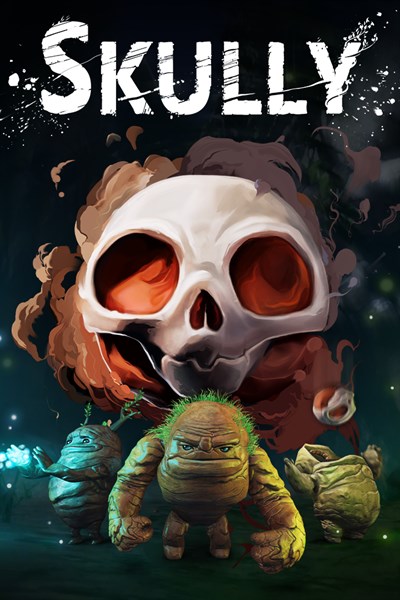 ☆☆☆☆☆ 13
★★★★★
$29.99
Get it now
On a mysterious remote island, a skull washes up on shore and is reawakened by an enigmatic deity. Dubbed Skully, the newly reanimated being has been summoned to intervene in a war between the deity’s three siblings, whose quarrel jeopardizes the island they call home. Fate has bestowed Skully with a second chance at “life” and his adventure will take him across a strange paradise as he seeks an end to the conflict that plagues the isle.