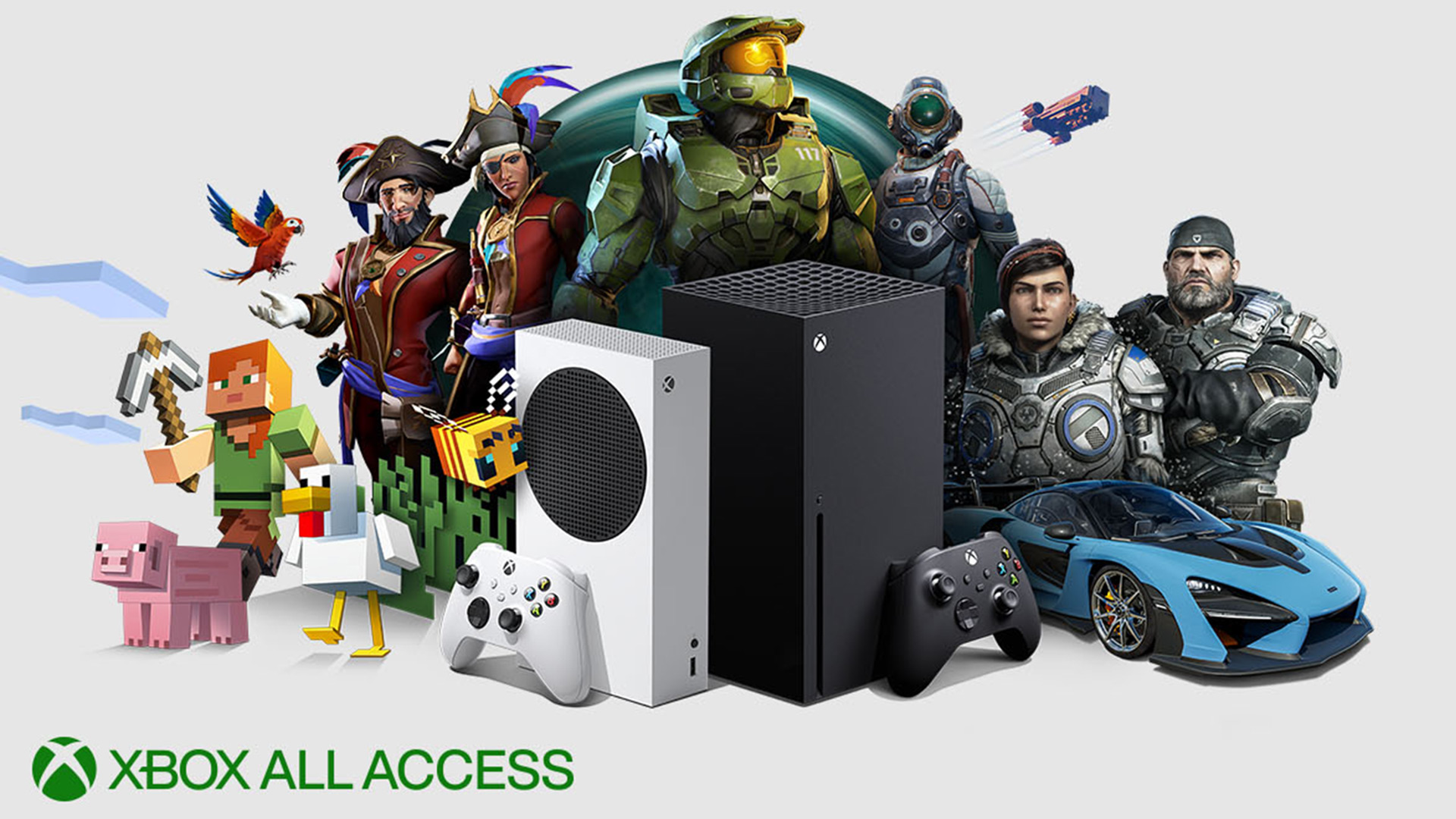 At Xbox, we’re passionate about giving you, the player, even more choice in how to jump into the next generation of gaming. Whether you’re upgrading to the newest consoles or joining the Xbox family for the first time, with Xbox All Access, you can get everything you need to play — an Xbox Series X or Xbox Series S and 24 months of Xbox Game Pass Ultimate — from $24.99 a month for 24 months with no upfront cost. We’re also excited to bring Xbox All Access to more fans around the world this holiday, and to offer existing Xbox All Access members more flexibility in their upgrade option.

With Xbox All Access you not only get the latest consoles, but also an instant library of over 100 high-quality games for console, PC, and Android mobile devices (Beta).  Plus, you get all new Xbox Game Studios titles the same day they release, including Halo Infinite. What’s more, starting this holiday Xbox Game Pass Ultimate and Xbox Game Pass for PC members get an EA Play membership at no additional cost.  EA Play includes more than 60 of EA’s top games like FIFA 20, Titanfall 2 and Need for Speed Heat as well as titles from some of EA’s most popular franchises like Battlefield, Mass Effect, The Sims, and Skate, exclusive in-game challenges and rewards, special member-only content, and more.

With your choice of a next-gen console along with an instant library of 100+ high-quality games, online multiplayer, cloud gaming, and more, Xbox All Access is everything you need this holiday to experience the best of Xbox for one low monthly price.

Xbox All Access available in 12 countries this holiday; more to come in 2021

When Xbox Series X and Xbox Series S launch this holiday, in addition to existing availability in the US, UK, Australia and New Zealand, Xbox All Access will expand to eight new countries, giving more players around the world an opportunity to get everything they need to jump into the next generation of gaming with no upfront cost. The program will come to even more countries and retailers in 2021.

Xbox All Access will be available in the following countries this holiday:

In the US, Xbox All Access will be available at more retailers than before with the addition of GameStop, Microsoft Store, Target, and Walmart.  We will share specific launch dates for all markets and retailers as we get closer to launch.

Existing members – more flexibility in how to upgrade

For existing Xbox All Access members, we’re excited to offer you even more flexibility when it comes to your upgrade path to the next generation. Beginning today, you will be able to purchase Xbox Series X or Xbox Series S with Xbox All Access at any time, including during the pre-order window, from any participating Xbox All Access retailer (US-only, subject to availability) while still completing your minimum payment requirements for upgrade. Terms apply; learn more about how to upgrade at Xbox.com/xboxallaccess-upgrade.