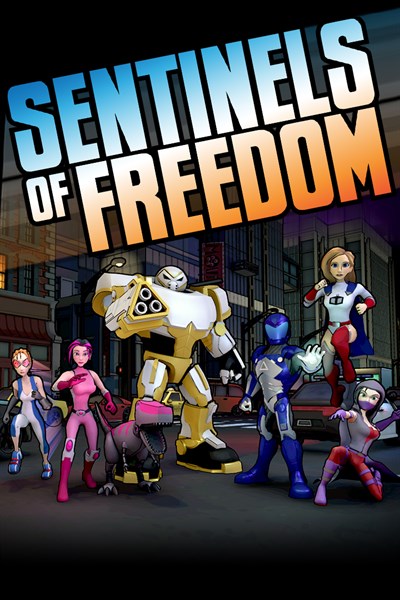 ☆☆☆☆☆ 8
★★★★★
$24.99
Get it now
Prepare for a story-driven campaign within the Sentinel Comics universe as you join forces with an ever-growing team of heroes to face a wide variety of villains. What seems like a typical bank heist reveals itself to be just the beginning of a much more sinister plan! Create your hero, gather your team, and save the world in this exciting new turn-based strategy! Highlights Build Your Team - select from the many available heroes and unlock more throughout Full Story Campaign - writers and creators from Sentinel Comics Freeform Movement - Turn-based game that allows you to move anywhere Squad Dynamics - heroes or villains can work together for more powerful actions Massive Mission Variety - multiple objectives, interactions and dangers Create Your Hero - choose backstory, archetype, powers, and appearance What kind of hero will you be? Custom Heroes Choose the character's backstory, personality, power source, abilities and costume. Heroes have "stances" that provide boosts to certain stats like extra movement along with powerful sets of abilities and can be fully customized to fit your play style. Build your hero from 12 exciting themes - fill your stances with powerful abilities from any three: Power Melee - When you really want to hit someone really hard. Combos - Concentrate your attacks, spread 'em out, or bring a friend! Supportive - Whether protecting or attacking, the right move requires no planning. Blaster - Attack as many as you can in several different areas! Interceptor - Never let an enemy out of your sights and punish wrong moves. Minions - Disposable and endless, have your own minions fight for you! Gadgets - Deploy an arsenal of gadgets that eliminate all who oppose you. And more! Creating a superhero identity is more than a costume selection! Choose how your hero uses their abilities, different weapons, attack styles, and special effects; some themes even have different types of units that you can summon. Refine your heroic identity throughout the game - changing everything about how your hero looks, all the way down to your hero's body type, between any mission. Sync and Vigilance Actions Sync and Vigilance actions add life to the battlefield when characters perform additional actions out of sequence, triggered by special conditions. When a character performs an action, sync actions allow other characters to take part or enhance that action, like a character creating a distraction to remove the target's Evade defense before an attack lands. Positioning your team to take advantage of these extra actions can be critical to the success of a mission. Vigilance allows an inactive character to react to the active character based on various triggers, such as moving through their line of sight. Each character has a "vigilance zone" around them which sets the chance of the vigilance action happening. These actions can go much further than the standard overwatch with actions like "keep cover" which allows a character to try and find new cover when flanked. Large Scale Missions Players will embark on several missions throughout the campaign. These missions are broken up into groups of engagements - each offering unique objectives, enemy types and player choice on where to go next - keeping each feeling fresh and unique. Another benefit to these smaller engagements is that the player will not be overwhelmed by both the quantity of enemies and time for each turn. However, stringing all these engagements together still allows the player to feel like their heroes are very powerful as they dispatch lots of enemies throughout the mission. Initiative Will you be able to rescue the hostages in time? Can you survive the chaos until more defensive actions are taken? Initiative can have a major impact in situations like these. In Sentinels of Freedom, initiative determines the turn order for all characters and events in a round. Actions from previous rounds can have a major impact on initiative. A Swap mechanic allows the hero to shift their position in the initiative order allowing more control over which hero to activate. The first hero in the initiative order receives a speed bonus while the last hero is awarded an accuracy bonus.
Product Info:
Developer: Underbite Games
Publisher: Underbite Games
Website: Sentinels Of Freedom
Twitter: @UnderbiteGames