It’s that time of year when darkness creeps across the battlefield and a chill wind rattles through our tankers’ Garages. Prepare yourself, all you tankers of the night… Halloween is coming to World of Tanks!

If you couldn’t tell, Halloween is one of our favorite times of the year. Why? Because every October, we get to throw some spookily spectacular events for our players. We’re thrilled to be doing it again this year, starting with the Monster Hunter challenge and the arrival of our monster tanks.

Monster Hunter turns every tank commander into a beast of the battlefield. Here’s how it works:

From October 13 through November 2, you’ll reach XP thresholds based on the XP you earn in regular multiplayer battles. At some thresholds, you’ll receive rewards like Silver or Level points toward our currently active season. At other thresholds, you’ll be given the option to claim one of ten fiendish monster tanks!

Will you choose one of the first monster tanks you’re offered and roar right away into the Halloween season? Or will you wait to claim the beast that perfectly fits your style? You can claim only one monster tank this Halloween—choose wisely!

The ten monster tanks available this year are the Dragon Type 62, the Höllenhund leKpz M 41 90 mm, the Lycan T71, the Kaiju O-I, the Gorynych KV-5, the Revenant Kraft’s Panther, the Bog Horror, the Wraith Panzer 58, the Bellerophon Centurion Mk. 5/1 RAAC, and the Inferno Chimera.

Each tank is a ferocious fighter during the regular times of the year. However, the week of Halloween is when you’ll get to see each beast’s potential truly unleashed. From October 27 through November 2, our Monster Mash event will awaken unique powers and abilities in each monster tank! Play on one of our two special Halloween maps, Grim Graveyard and Dead City, to see your monster tank awaken and fight in its full ghoulish glory.

We know it might be hard to choose your favorite monster. As well as being able to earn a monster tank in the Monster Hunter challenge, you’ll also be able to acquire them from the Store throughout the event!

In addition to the fiendish fun of Monster Mash, the monster tanks offer special benefits between October 13 and November 2. During that time, every monster tank’s crew will earn x2 Crew XP. Plus, monster tanks acquired from the Store will qualify for the Monster Drop Op, which will give you a random drop for every victory in a purchased monster tank in multiplayer or Monster Mash mode. Drops can include XP Boosters, Repair Kits, Silver and more—no tricks, just treats!

And if you don’t own a monster tank? Don’t worry—we wouldn’t let Halloween pass without giving everyone a chance to haunt the battlefield! Between October 27 and November 2, the Spectre will be available for everyone to use on our Monster Mash maps. Take a ride with this ghostly tank and its skeletal crew before it disappears!

We love being able to treat our tank commanders during one of, let’s face it, the best holidays of the year. So throw off your shackles, arise from the grave, and unleash your inner beast, Commander. This Halloween, the World of Tanks battlefield summons you! 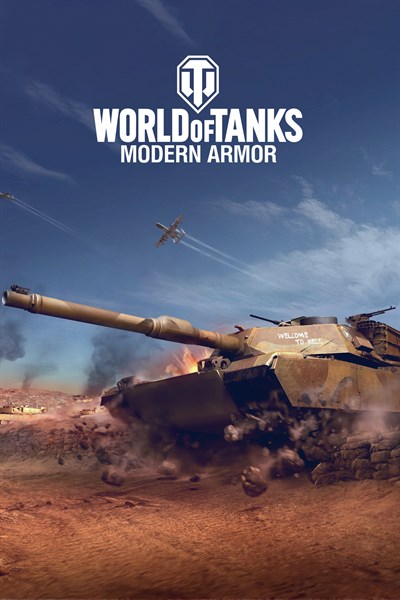 ☆☆☆☆☆ 881
★★★★★
Get it now
Xbox One X Enhanced
World of Tanks is a global online multiplayer free-to-play game dedicated to tank warfare in the mid-20th century. Custom built for Xbox, World of Tanks features realistic vehicles and environments, enabling players to command history’s most powerful tanks and experience combat on Xbox like never before. Features: • Strategic, fast-paced 15 vs 15 online action. • Over 700 authentic tanks to choose from among 12 nations. • Battle across a variety of environments with varying terrain and weather effects • Built-in support for Xbox One X pushing the boundaries of graphic fidelity. • Regular updates offer new content and frequent special events.