Howdy Xbox Peeps. Aspyr here. After multitudes of tweets, emails, and even phone calls demanding that we bring Star Wars: Episode I Racer to Xbox One, we’ve made it happen.

Seriously, go look! You can pick up Racer on Xbox One and start racing on Tatooine immediately. Anakin is waiting for you.

That’s the boiler plate announcement, so let’s get to the most important topic: Cheats. Let it be known that a secret cheat menu and secret characters exist in Racer. Best of all, there’s no need to Google your way to what these cheats are because there’s a table at the bottom of this post with all of them. You can skip there if you’d like but first, let me wax nostalgic about cheats.

Achievements and competitive play are great for bragging rights today, but this post is a throwback to the days where knowing how to unlock cheat codes was what made you a hero among friends. For a know-it-all kid like me who never broke the rules, cheat codes were a revelation. Knowing cheats meant you were in on a very cool secret. Using cheats let you be a rebel who didn’t have to play by the game’s rules.

Cheat codes were a staple of so many classic games, and Star Wars: Episode I Racer is no exception. In our quest to faithfully bring the classic experience to modern consoles, we couldn’t leave out the original cheat codes.

If you don’t like cheats and prefer to “git gud,” that’s cool too. Just know that we won’t judge you if you want to experience the thrill of super OP single-player runs or the secret characters hidden in the cheat menu.

Auto Pilot: Enter RRTANGENTABACUS, then hold repair and drift simultaneously during a race.

Thank y’all for the incredible support! Stay tuned because Aspyr has much more coming soon. We probably won’t tell you what until it’s ready, but you can always ask us @aspyrmedia. Sometimes we drop hints! 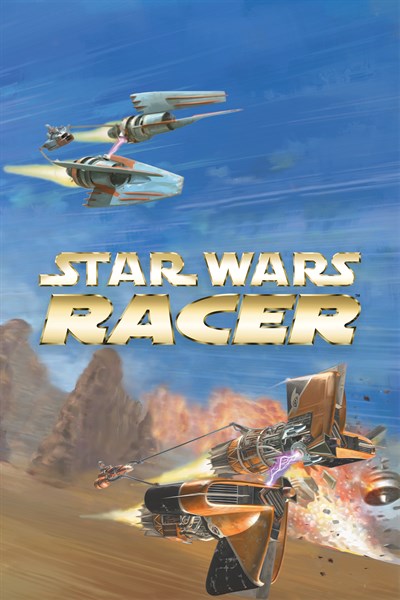 ☆☆☆☆☆ 120
★★★★★
$14.99
Get it now
The classic racer is back with modernized controls and achievements! Take control of a podracer speeding through flaming methane lakes, Tusken Raider assaults, anti-gravity tunnels, and much more in a pulse-pounding, do-or-die fight to the finish line.