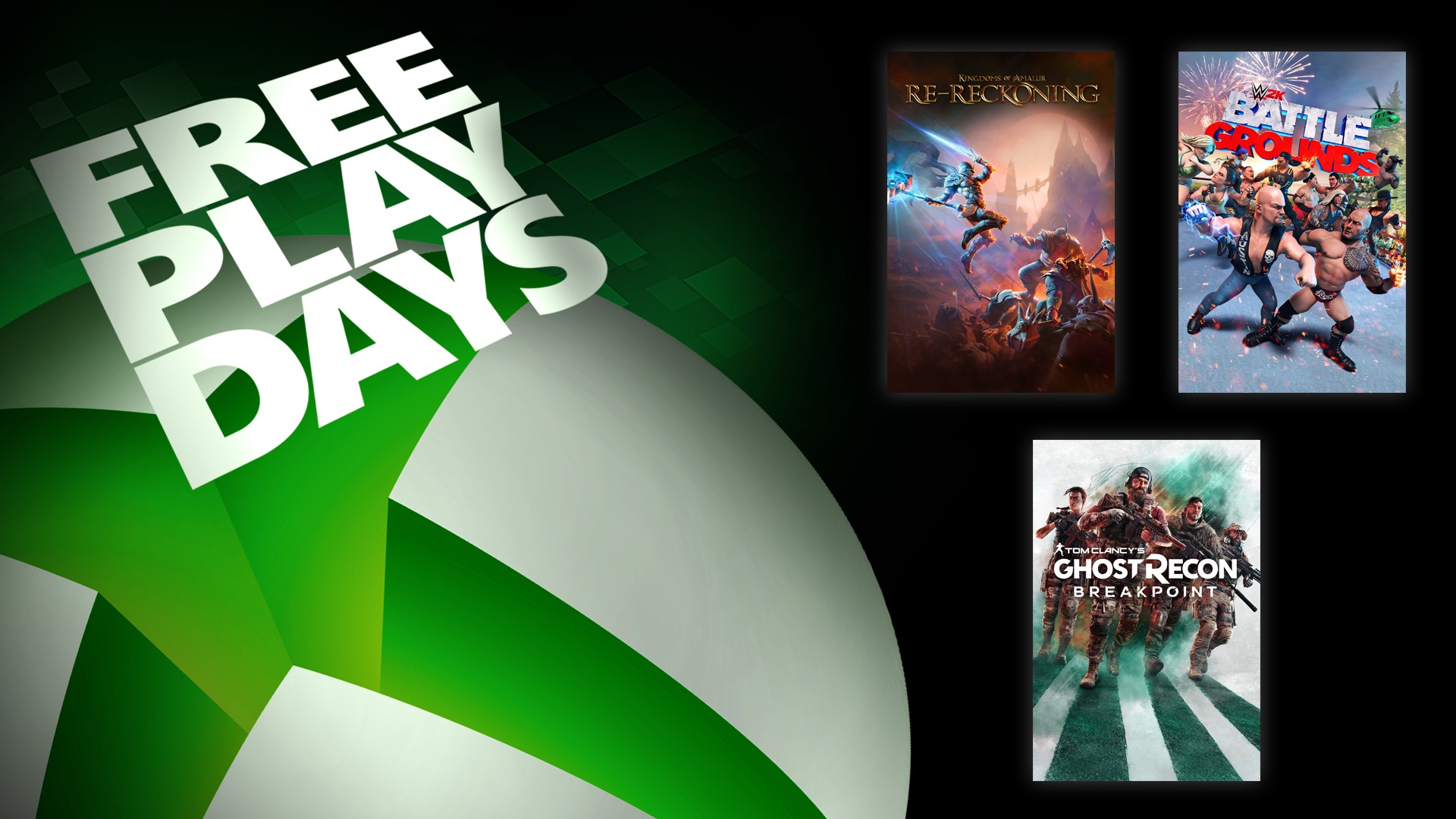 Uncover the secrets of Amalur, become a Ghost and join your friends in combat, and take part in all out brawls as your favorite wrestler, all in this weekend’s Free Play Days. Kingdoms of Amalur: Re-Reckoning, Tom Clancy’s Ghost Recon Breakpoint, and WWE 2K Battlegrounds are all available for Xbox Live Gold and Xbox Game Pass Ultimate members to play from Thursday, January 21 at 12:01 a.m. PST until Sunday, January 24 at 11:59 p.m. PST.

Kingdoms of Amalur: Re-Reckoning
From the minds of R.A. Salvatore, Todd McFarlane, and Ken Rolston, comes an intense RGP set across a vast sprawling world, from the vibrant city of Rathir to the grim dungeons of Brigand Hall Caverns. Remastered with refined gameplay and stunning visuals, uncover the secrets of Amalur and control the keys to immortality. And be sure to check out the fantastic savings on the Standard and Fate Editions in the Microsoft store.

Tom Clancy’s Ghost Recon Breakpoint
In the exciting Ghost Recon X Rainbow Six: Siege live event, it’s been discovered that Sentinel is selling a dangerous neurotoxic gas to world arms dealers. R6 Operators Ash, Finka, and Thatcher are sent to Auroa to fight this new threat. After sneaking onto the island posing as potential buyers, they team up with Nomad. Can they breach Sentinel’s lab, stop the production and find intel on an antidote? Play Tom Clancy’s Ghost Recon Breakpoint with your friends for free from January 21 to 24 and check out all the action the game has to offer, including the Operation Amber Sky live event! For a limited time, purchase the game for an unbelievable up to 85% off and carry over your progress after the free weekend ends.