Today, during a digital showcase event, Capcom revealed new details about Resident Evil Village, its upcoming and highly anticipated entry in the Resident Evil franchise launching May 7, 2021 for Xbox Series X|S and Xbox One via backward compatibility. Also announced was Resident Evil Re:Verse, a new multiplayer game where players battle each other in unique deathmatch battles set across iconic game locations.

New for Ethan will be the ability to purchase and sell items, buy recipes for crafting, and customize weapons thanks to a merchant known only as The Duke. Think of him as your in-game gunsmith who, by utilizing resources that you find throughout the game, provides you with recipes for you to craft consumables and other provisions to help you survive the dreaded village.

One of the most talked about teases heading into today’s Resident Evil news was Lady Dimitrescu (aka Tall Vampire Lady), whose mysterious daughters can transform into swarms of insects (no thanks). How those characters will play a role in the larger story of Resident Evil Village remains to be seen. We anticipate, like other entries in the series, to come face to face with other unique adversaries that will each have their own unique and horrifying ways to attack us. Bring it on!

Resident Evil Village also supports Smart Delivery, giving you both the Xbox One and Xbox Series X|S versions of the game for one price; the best version of the game will automatically be delivered to your console – no extra steps required by you.

We’ll have more to share about Resident Evil Village in the coming months, so keep it tuned here to Xbox Wire. 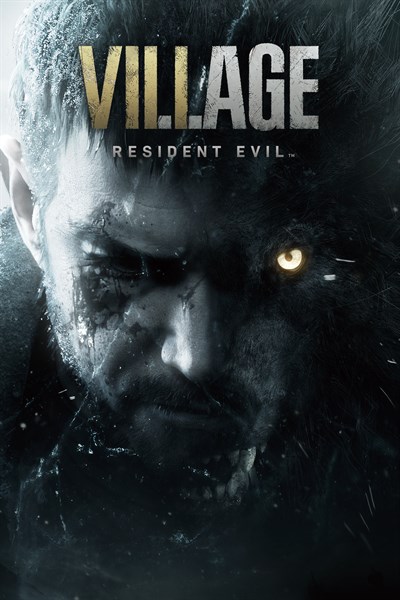 ☆☆☆☆☆ 2861
★★★★★
Get it now
Pre-order bonuses: – Mr. Raccoon Weapon Charm – Survival Resources Pack Experience survival horror like never before in the eighth major installment in the storied Resident Evil franchise – Resident Evil Village. Set a few years after the horrifying events in the critically acclaimed Resident Evil 7 biohazard, the all-new storyline begins with Ethan Winters and his wife Mia living peacefully in a new location, free from their past nightmares. Just as they are building their new life together, tragedy befalls them once again. This pack includes the following content: • Resident Evil Village • Resident Evil Re:Verse Details of the operational period for Resident Evil Re:Verse, including commencement of availability and any potential announcements relating to the end of service, can be found on the official website: https://www.residentevil.com/reverse/ Please note that, depending on the timing of your purchase of Resident Evil Village, Resident Evil Re:Verse may already no longer be available, and/or the title may become available through other means in the future.