The moans of the undead echo as you fight for your life in the Outbreak series, a collection of titles that pay homage to classic survival horror experiences from the ‘90s. From fixed camera angles, to over-the-shoulder adventure, you’ll be leading your group of survivors to safety amidst a global undead epidemic. As you scrounge and manage extremely limited resources, it’s up to you to choose when it’s the right time to fight, or flee, while solving puzzles and desperately searching for the truth behind the outbreak. Oh, and don’t forget to bring a fellow survivor to fight alongside you in local split screen co-op!

Outbreak: The New Nightmare Definitive Edition is available now for Xbox One and Xbox Series X|S, running on the latest Xbox framework and featuring native 4K on Xbox Series X, this release is packed with over three years of content, features, bug fixes and balancing updates, including massive improvements to controlling your character as the camera tracks you. Bring a friend along to play in 2-player local split screen co-op or go it alone across the entire game as you experience the full Campaign, fight off the hordes in Onslaught and experience unique survival horror minigames in the Experiments mode.

The nightmare isn’t over yet, with another title in the series launching every few weeks through the end of February. You’ll be exploring a deserted manor in Outbreak: The Nightmare Chronicles Definitive Edition, searching for your lost daughter in Outbreak: Lost Hope Definitive Edition and fighting off the hordes in the action-packed Outbreak: Epidemic Definitive Edition. Each of these titles is tailored towards the next generation hardware and features dramatically improved graphics, performance and years of features and fixes. Plus – brand new achievements are waiting to challenge you in each title!

I created the Outbreak series because I love survival horror, from the tough-as-nails gameplay to the cheesy storylines and aesthetics. As a solo indie developer, it has been incredible to see the response and interest in these titles over the last five years, and it makes the journey worth it. It’s a genre that has slowly fallen by the wayside as gameplay standards evolved over the last two decades.

Survival horror is all about depowering the player – removing your agency and forcing you to deal with tough situations while being poorly equipped to handle them. It was important to me to make each title unique – focusing on different eras to bring the gameplay alive. Everything – from tank controls (with modern options available!) to your inventory – is designed to heighten the challenge as you struggle to fight off enemies or determine if you’d rather take more ammo, or a healing item, with you. In the end, your choices will directly influence if your survivor reaches salvation, or is consumed by the hordes. But every time you fail, you’ll learn more and find you slowly build the skills necessary to survive.

As a reminder, all titles in the Outbreak series are also available now for players on Xbox One but the definitive editions are unique to Xbox Series X|S.

Stay tuned for more Outbreak titles launching on Xbox Series X|S in the weeks ahead. And don’t worry, there is plenty of new adventures on the horizon, including Outbreak: Endless Nightmares, the world’s first retro survival horror roguelike, which will launch later in 2021 on Xbox Series X|S and Xbox One!

Thanks for playing and best of luck surviving the undead apocalypse! 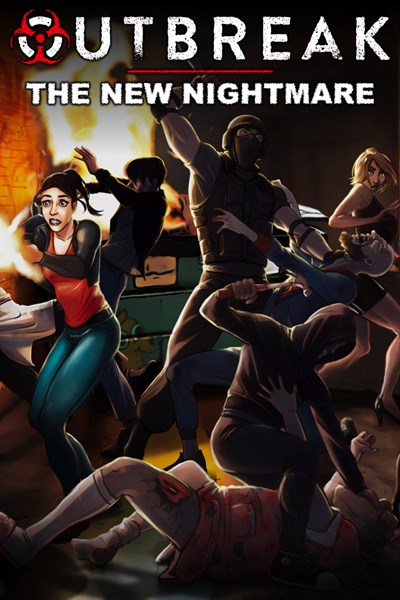 ☆☆☆☆☆ 7
★★★★★
$14.99
Get it now
Enter an unforgiving co-op survival horror experience as you fight for your life against oppressive odds. The horrors of Arzt Memorial Hospital were just the beginning of the outbreak. As the infection spread across the city, local law enforcement fell quickly. You now find yourself trapped in a hellscape with only a few remaining survivors. Scavenge the environment for supplies, face off against the undead and do anything it takes to survive. Play the entire game either alone or in local splitscreen co-op. You only have one life. Make it count!