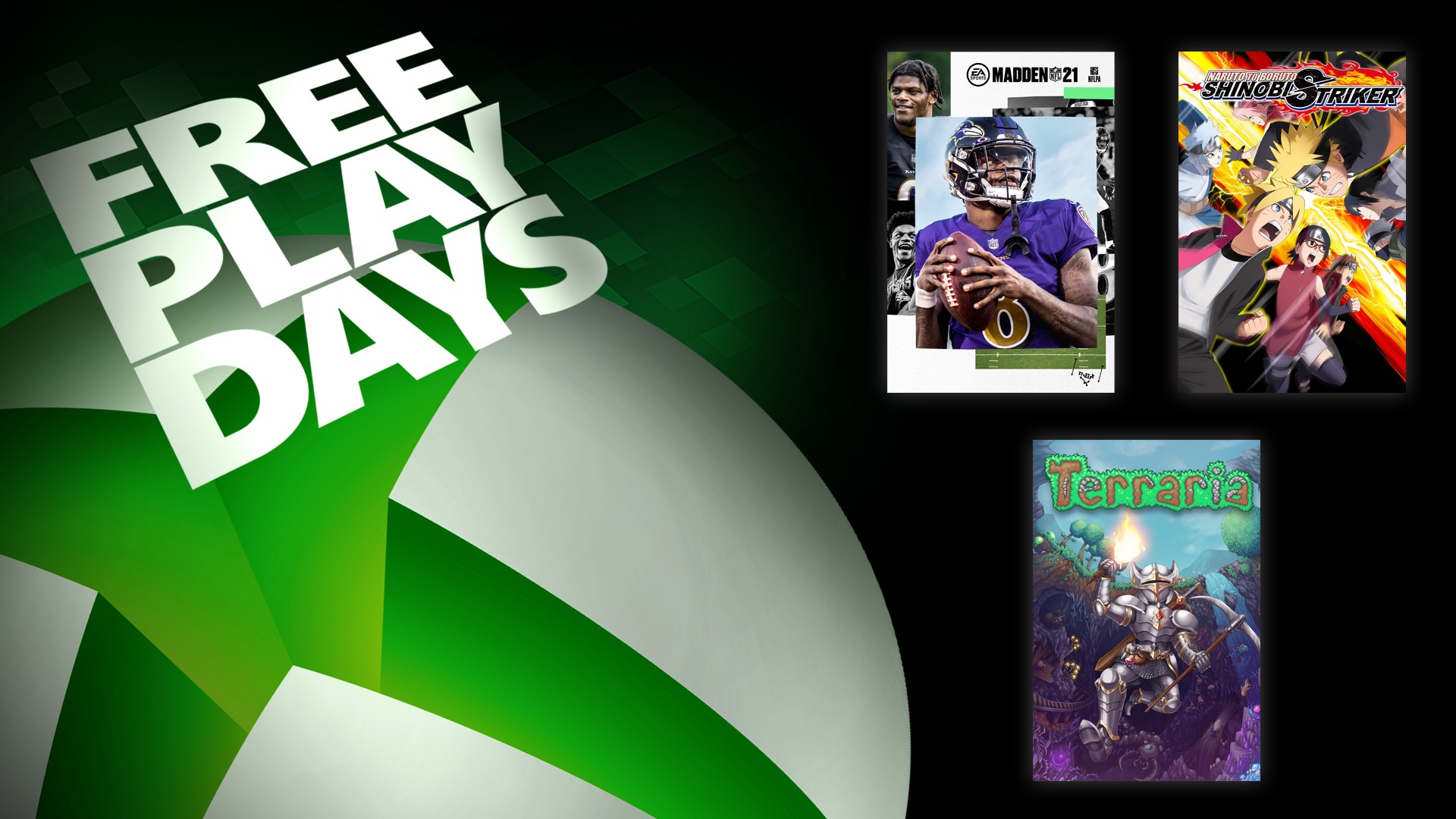 Hit the gridiron and celebrate the biggest game of the year; grab your sword and shovel to build, fight, and explore; battle as a team in the fan-favorite franchise, all in this weekend’s Free Play Days. Madden NFL 21, Terraria, and Naruto to Boruto: Shinobi Striker are all available for Xbox Live Gold and Xbox Game Pass Ultimate members to play from Thursday, January 28 at 12:01 a.m. PST until Sunday, January 31 at 11:59 p.m. PST.

Madden NFL 21
On the road to the Super Bowl, anything can happen. It’s where superstars become legends, and MVPs become cover stars. Just ask Patrick Mahomes, Lamar Jackson, and the legendary Shaun Alexander. Cement your legacy on the game’s biggest stage with the Madden NFL 21 Superstar Edition for 60% off, and carry your Ultimate Team, Franchise modes, and The Yard progress across generations. Get ready to feel game day realism like never before this weekend.

Terraria
Terraria is one of the bestselling video games of all time with over 30 million copies sold. The very world is at your fingertips as you fight for survival, fortune, and glory. With over 4,000 items scattered across randomly generated worlds, this game offers wonderful sandbox customization blended with intense action and eye-popping adventure. Build cities, try your best to survive hordes of fantastical creatures, and then check out the official Terraria Xbox hub to recruit allies to join your world. Now is your chance to jump into an unforgettable experience.

Naruto to Boruto: Shinobi Striker
Lead your team of four and fight as one in Naruto to Boruto: Shinobi Striker. Your favorite Naruto characters are back and ready to battle online in a dynamic arena environment. Play co-op with friends and compete in exciting 4 vs. 4 high-speed battles to become the ultimate ninja! Naruto’s form from the Last Battle is purchasable on January 29!