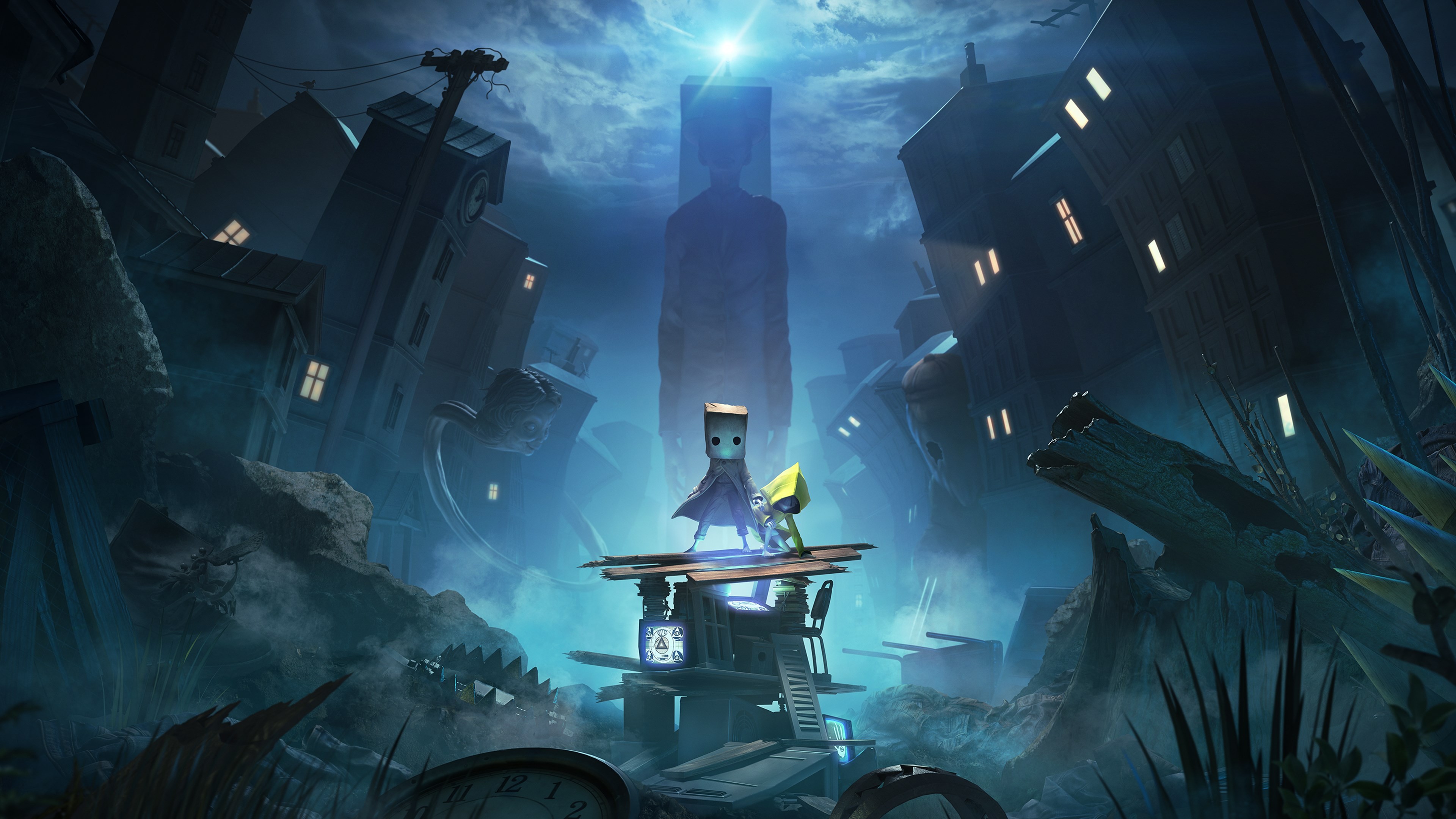 This interview originally appeared on Xbox Wire Russia and has been translated in English to appear on U.S. Xbox Wire.

On February 11, 2021, Little Nightmares II released on Xbox Series X|S and Xbox One. Shortly after its launch, we reached out to Bandai Namco Entertainment Europe to chat with Little Nightmares II Lead Producer Lucas Roussel to talk about the small and creepy world of the game, its inspirations, and what’s in store for its heroes in the future.

Xbox Wire: The original Little Nightmares has a unique aesthetic, and the sequel fully inherits this approach. Where are you looking for inspiration and how difficult it is to create something so creepy and different from ordinary horror games?

Little Nightmares II Lead Producer Lucas Roussel: It’s really hard to pinpoint a specific inspiration source for Little Nightmares. The game is a collective work and each team member comes with their own inspirations and influences coming from movies, comics, art in general, but sometimes more personal experiences, nightmares, or memories. The core principle of Little Nightmares though is to root both environments and characters in a nightmarish logic with a child perspective. All enemies and locations should have a purpose, a motivation and a history. Of course, not all of it becomes explicit in-game, but we believe this groundwork is where inspirations turn into creation and why the situations encountered in game are so creepy and bring this uneasy feeling: they are all rooted in some sort of reality.

XW: One of the game’s features is the character Six who acts on their own. What was behind the decision to make her like this and not a co-op character?

Roussel: It was decided early on to have a solo game and move to a new main character for Little Nightmares II. From there, adding Six as an AI companion offered several opportunities: It allowed for a more complex level design and longer puzzles that would rely on players ability to understand Six and work with her. Obviously it also brings back a beloved character with a different angle; by removing players ability to control Six, we’re also bringing interesting situation where players are never fully in charge of Six’ destiny. We are really happy to see how community and newcomers react to their journey with Six.

XW: Little Nightmares II was created during the changing console generations. How did it affect the process and the game itself?

Roussel: The game’s development was not affected by the generation change. Development started right before the release of Little Nightmares in 2017 and Xbox One was the console to focus on at the time for the Tarsier Studios teams to make the most out of it. With the release of Xbox Series X|S, we believe it’s important to offer players the best experience possible with a next-gen version through a free update available later in 2021 through Smart Delivery.

XW: LN2 visuals might look simplistic, but could you tell a little more about technologies behind it and how they served the atmosphere of the game?

Roussel: Tarsier Studios tech and art teams work together to offer the best technology to give life to the original artwork and production designs. Just like the first game, Little Nightmares II runs on Unreal Engine 4, but the engine has evolved in the past years and the team has more experience working with it and tweaking it when needed. Little Nightmares II features a combination of outdoor and indoors areas which allowed the team play much more with different lighting setups. We also reworked the camera to offer more top views and in-depth character traversals. In terms of backend, we’ve implemented an efficient streaming system which allows quicker loading times when players die in any of the many deadly traps sets in the universe.

XW: What benefits will gamers get playing LN2 on Xbox Series X|S?

Roussel: While the game is not optimized yet for Xbox Series X|S; immediate benefits can be experienced: first the next-gen consoles will run the Xbox One X Enhancements including a higher resolution (4K upscaled), better post-processing effects and treatments for a sharper, richer image quality; but then the SSD is giving the game another boost for incredibly short loading time. When dying, players will experience a nearly immediate respawn which is a notable improvement over the original Little Nightmares.

Then, later in 2021, a native Xbox Series X|S enhancement patch will be available for free through Smart Delivery and will make the most of the hardware, but we’ll have more information to share about this soon.

XW: What can you say about the power of Xbox Series X|S and how did it help you to shape Little Nightmares II?

Roussel: We are currently looking into it. It is early to give any specific details but the extra horsepower allows us to combine higher resolution/FPS with better visual effects which of course will make a tremendous difference compared to the previous generation of hardware.