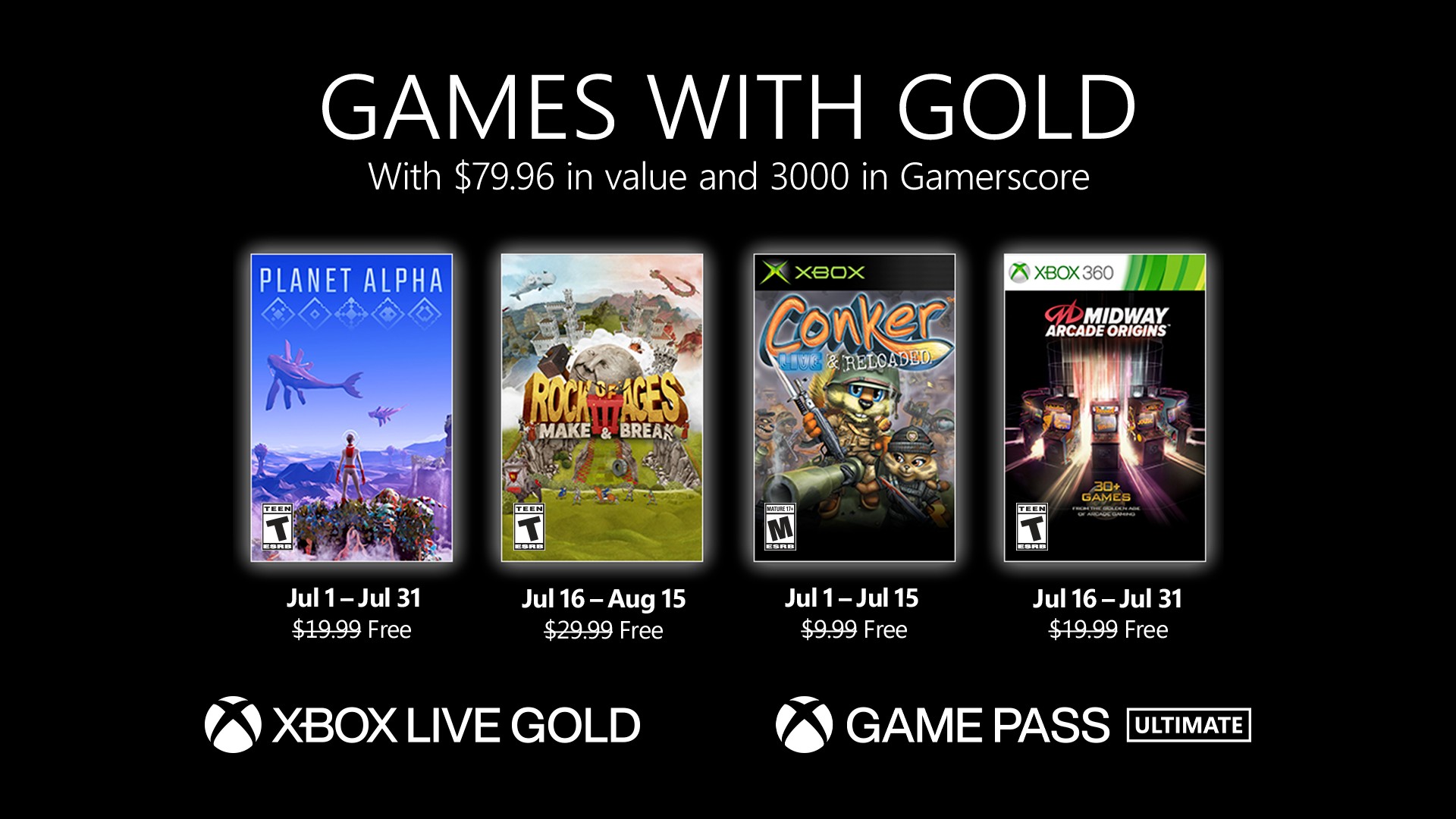 The July Games with Gold lineup is here! On the Xbox One and Xbox Series X|S, explore a mysterious, strange world in Planet Alpha, and create your own levels and destroy everyone else’s in Rock of Ages 3: Make & Break. And for our classic lineup via Backward Compatibility, play as everyone’s favorite raunchy squirrel in Conker: Live & Reloaded, and relive the golden age of arcade gaming in Midway Arcade Origins.

Planet Alpha
Survive a strange planet filled with danger and mystery. Marooned and alone, venture across the beautiful foreign land and unlock its many hidden secrets. With relentless enemies pursuing you, harness the power of night and day in your fight to stay alive in this alien world.

Conker: Live & Reloaded
Back with a hangover and a heavy dose of attitude, play gaming’s notorious squirrel, Conker, through a raunchy world full of twisted characters, innuendos, and outrageous movie parodies.

Midway Arcade Origins
With more than 30 timeless entries from the golden age of arcade gaming, relive your childhood or discover classic games for the first time, such as Defender, Gauntlet, Rampart, and more. No quarters needed to play!