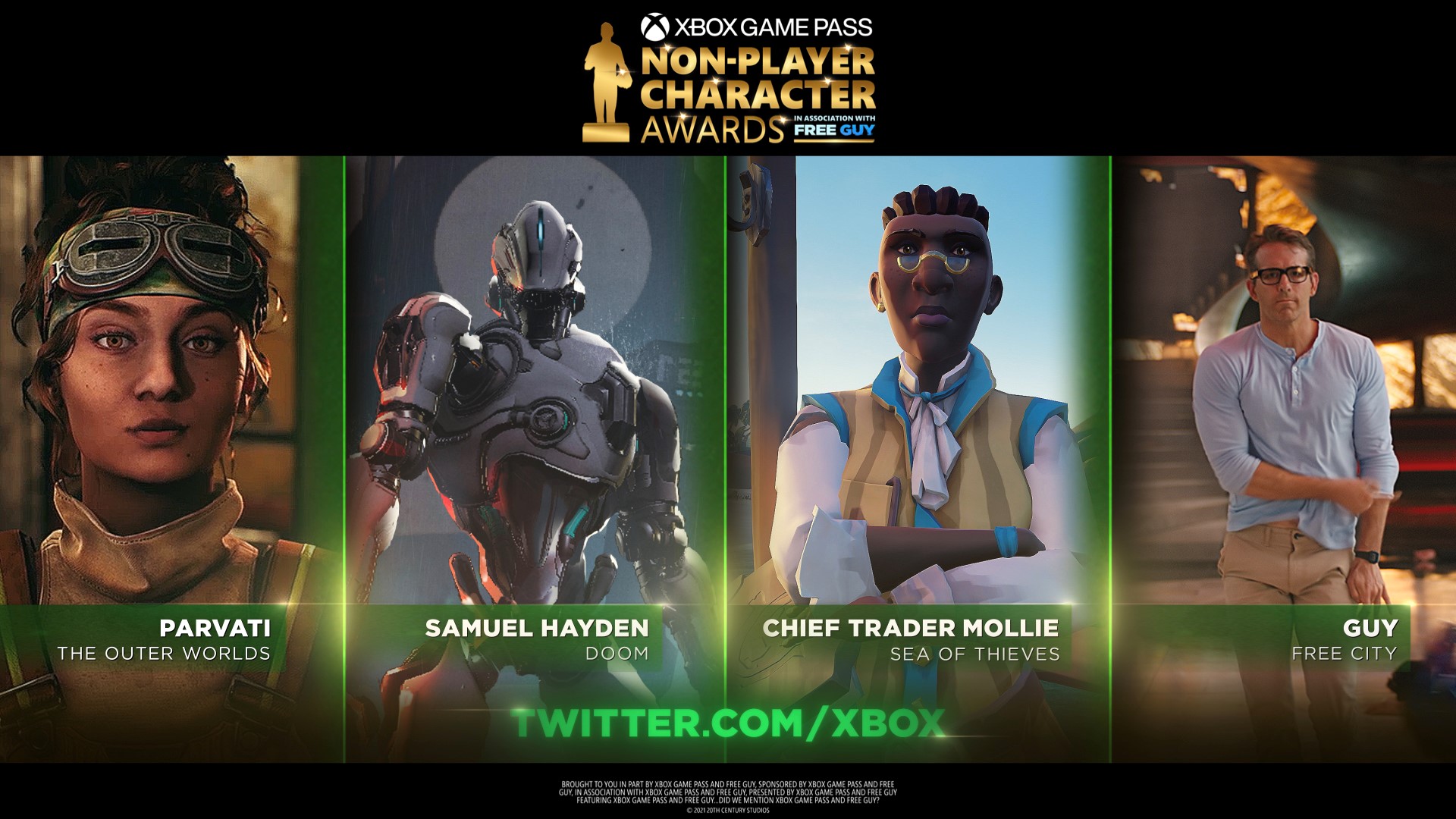 Have you ever played a game and walked right past a character in the background thinking “Wow, they must feel so sad and underappreciated?” Well not anymore!

Announced today, Xbox Game Pass and “Free Guy” are proud to present the first-ever Xbox Game Pass Non-Player Character (NPC) Awards to celebrate and honor the greatest unsung heroes in video games. This comes ahead of the highly anticipated U.S. theatrical release of “Free Guy” on August 13, 2021, about a bank teller named Guy (Ryan Reynolds) who realizes he’s in an open world video game that will soon go offline.

The nominees of the NPC Awards are all aptly found in games available with Xbox Game Pass (excluding a very special NPC) and include:

Fans all over the world can vote for their favorite NPC by voting on the official NPC Awards Twitter poll. You can only vote once (even though we know Guy would love for you to vote for him multiple times) and you’ll be able to follow along with live polls as votes are submitted. Fans have until August 3, 2021, to get all votes submitted, when Xbox will announce the winner across social channels that afternoon.

For more information on Xbox Game Pass and to become a member with access to a library of over 100 high-quality games for console, PC, and mobile phones and tablets all for one low monthly price, visit https://www.xbox.com/en-US/xbox-game-pass.