The legendary first-person shooter that inspires today’s retro shooters is back! In celebration of its 25th anniversary, Quake returns today with an enhanced re-release on PC and Xbox One and with Xbox Game Pass. This re-release is backwards compatible with Xbox Series X|S and will also receive next-gen optimizations at a later date, bringing native 4K resolution and 120hz refresh rates.

Updated for modern gaming systems, this version of Quake features up to 4K resolution and widescreen support on compatible devices, enhanced models, dynamic lighting, anti-aliasing, depth of field and more, bringing the shooter and both its expansions to a new generation of players.

Players will also have tons of free levels to play with add-ons, providing post-launch support featuring some of the best community-made content made for the game.

There’s not just a ton of single-player to explore: Quake’s genre-defining multiplayer is also intact with the re-release supporting local or online co-op for up to four players across its campaign, original expansions and even two campaign add-ons created by the award-winning team at MachineGames, developers of Wolfenstein: The New Order and Wolfenstein II: The New Colossus.

Naturally, players can also bring their skills to Quake’s arenas, duking it out with up to eight players with cross-platform support, custom matches, and even dedicated servers for online matchmaking.

As part of the celebration, Quake II and Quake III: Arena are also now available with Xbox Game Pass for PC in their original form.

Whether you’re a newcomer stepping through the Slipgate for the first time or a veteran raring to relive one of gaming’s most influential shooters, there’s no better time to experience the re-release of Quake. 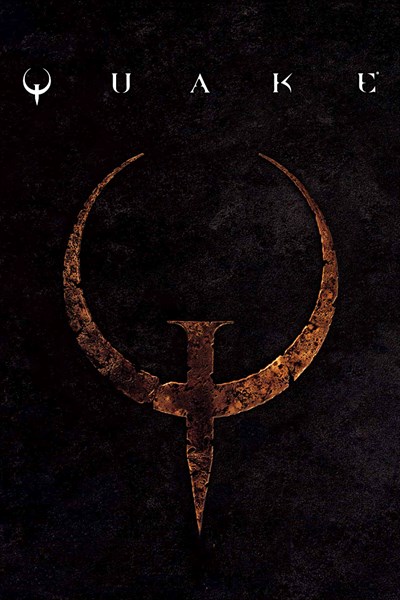 ☆☆☆☆☆ 213
★★★★★
$9.99 $7.99
Get it now
PC Game Pass
Xbox Game Pass
Developed by the award-winning id Software, Quake® is the ground-breaking, original dark fantasy first-person shooter that inspires today’s retro-style FPS games. Now, experience the authentic, updated, and visually enhanced version of the original. Experience the Original Game, Enhanced Enjoy the original, authentic version of Quake, now with up to 4K* and widescreen resolution support, enhanced models, dynamic and colored lighting, anti-aliasing, depth of field, the original, atmospheric soundtrack and theme song by Trent Reznor, and more. There’s never been a better time to play Quake. Play the Dark Fantasy Campaign You are Ranger, a warrior armed with a powerful arsenal of weapons. Fight corrupted knights, deformed ogres and an army of twisted creatures across four dark dimensions of infested military bases, ancient medieval castles, lava-filled dungeons and gothic cathedrals in search of the four magic runes. Only after you have collected the runes will you hold the power to defeat the ancient evil that threatens all of humanity. Get the Original & New Expansion Packs Quake also comes with both original expansion packs: “The Scourge of Armagon” and “Dissolution of Eternity,” as well as two expansions developed by the award-winning team at MachineGames: “Dimension of the Past,” and the all-new “Dimension of the Machine.” Discover the All-New “Dimension of the Machine” Expansion In the deepest depths of the labyrinth lies the core of lava and steel known only as The Machine. Crusade across time and space against the forces of evil to bring together the lost runes, power the dormant machine, and open the portal hiding the greatest threat to all known worlds—destroy it…before it destroys us all. Horde Mode Experience the all-new Horde Mode and add-ons for Quake, free to all players. Grab your guns and drop into Horde Mode – play solo, with friends online, or in local multiplayer split-screen. Unlock powerful weapons and power-ups and battle your way through endless waves of monsters. Enjoy Online & Local Multiplayer and CO-OP Fight through the dark fantasy base campaign and expansions in 4-player online or local split-screen co-op, and compete in pure, retro-style combat with support for 8-player (online) or 4-player (local split-screen) matches. Featuring dedicated server support for online matchmaking and peer-to-peer support for custom matches. Download Additional, Free Mods & Missions Expand your experience with free, curated, fan-made and official mods and missions such as Quake 64, which is available to download and play now. More fan-made and official mods and missions coming soon. Play Together with Crossplay Play the campaign and all expansion packs cooperatively or go toe-to-toe in multiplayer matches with your friends regardless of platform! Crossplay is supported among PC (controller-enabled), Xbox One, Xbox Series X/S, PS4, PS5 and Nintendo Switch. Take Quake Anywhere with xCloud Portability Play Quake wherever you want with Xbox’s xCloud, available only to Game Pass Ultimate players. *Maximum display resolutions vary by platform.