Today is an exciting day for railfans! It marks the arrival of Train Sim World 2 with Xbox Game Pass, the launch of Xbox Series X|S Optimizations, a major update to the existing simulation and a brand new DLC with Rush Hour – Boston Sprinter. Set your reverser to forward and let’s take a look at everything…

If you haven’t played Train Sim World 2 yet, this is the perfect opportunity to jump into the cab and try it out. Immerse yourself in simulation as you drive high-speed inter-city German rail pushing the throttle in the famous DB ICE 3M out of Köln. Haul long heavy freight across Sand Patch Grade in the US with the raw power of the CSX AC4400CW. Master the patterns and stations of the world-famous London Underground on the Bakerloo Line. Three iconic routes you can now master with Xbox Game Pass.

Also arriving today is the first of three routes included in our Rush Hour Season Ticket, Boston Sprinter. Be in control on the busiest and fastest passenger rail line in the United States and explore the famed Northeast Corridor between the two state capitals of Boston and Providence. This new route features inter-city and commuter operations aboard Amtrak’s ‘Cities Sprinter,’ the ACS-64, and the MBTA’s distinctive F40PH-3C locomotives. Two official licenses we’re very excited to have in Train Sim World 2.

Later this Summer you can also look forward to Nahverkehr Dresden and London Commuter as part of the Rush Hour Season Ticket. Like Boston all of these routes are designed to recreate that bustling rush hour experience with busy services and a new passenger system on the routes.

Train Sim World 2 and all of the DLC released so far, including today’s Train Sim World 2: Rush Hour, are now Optimized for Xbox Series X|S. If you already own Train Sim World 2 or any of the DLC, you can upgrade to the optimized version thanks to Xbox Smart Delivery! Playing on these new platforms gives you the advantage of faster load times and higher frame rates resulting in a smoother gameplay experience. You’ll also notice visual improvements and, with Rush Hour routes, some major changes to the volume of passengers in the world.

Alongside these new arrivals we’ve also released a major update for the existing Train Sim World 2 simulation. Free for anyone who owns Train Sim World 2, including with Xbox Game Pass. This updates the game to Unreal Engine 4.26, adds new visuals like distance field shadows, upgraded immersion controller scheme allowing new camera views, and information panels for information like gradient profiles to aid when driving. We’ve also included some major changes to existing routes. For example, on the Bakerloo Line we’ve updating signaling and West Somerset Railway now features extensive diesel era services. It’s a big update which comes at the perfect time to start your journey as a driver.

Phew, so a very big day for Train Sim World 2 on Xbox! If you want to stay up to date with Rush Hour and upcoming releases, make sure you’re following @trainsimworld on Facebook and Twitter. 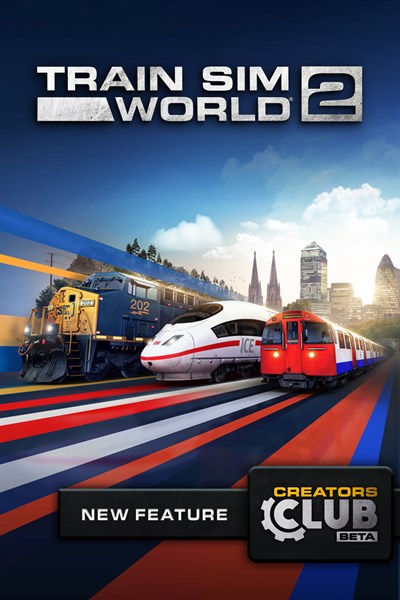 ☆☆☆☆☆ 168
★★★★★
$19.99 $15.99
Get it now
PC Game Pass
Xbox Game Pass
The evolution of train simulation! Master iconic locomotives and get creative with customisation tools in this advanced sequel. AUTHENTIC ROUTES – Feel the thrill of high-speed German rail with the famous DB ICE 3M out of Köln, take the challenge of long freight on Sand Patch Grade in the CSX AC4400CW, and master the complex London Underground on the Bakerloo Line. NEW CREATORS CLUB – Get creative adding a personal touch to your experience with easy to use tools. Craft custom liveries and scenarios then share them with other players. REALISTIC GAMEPLAY – SimuGraph® has evolved, adding realistic adhesion physics. Upgraded visual fidelity also adds dynamic skies and 4K support. IMMERSIVE SIMULATION – Get clear information on instructions, gradient and more as you drive with a new immersive interface and controls. Climb into the cab in Train Sim World 2. 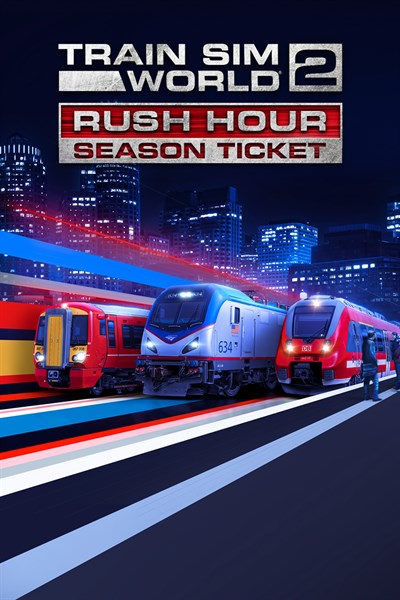 ☆☆☆☆☆ 27
★★★★★
Get it now
Chaos brews as platforms fill with commuters eager to get home, be in control of your journey across all three iconic routes releasing individually throughout the Summer with the Rush Hour Season Ticket: BOSTON -  PROVIDENCE: Take on the busiest and fastest passenger rail line in the United States and maintain composure while operating both Amtrak & MBTA operations. RIESA – DRESDEN: Conquer two paths out of Dresden’s Central station and through the Saxony countryside. Stay on schedule on this varied timetable while aboard modern DB & MRCE traction. LONDON VICTORIA – BRIGHTON: One of Britain’s most hectic main lines is yours to control, keep your cool on a mix of passenger services at the helm of both Southern & Gatwick Express motive power. Take control with Train Sim World 2: Rush Hour.