In the constantly evolving world, war has moved on to another level, information becoming the most valuable resource. There are a lot of cases when data leaks caused scandals on a governmental scale. People are ready to risk jobs, money, and lives for a piece of useful knowledge.

They say there is a skeleton in every closet. And we can be sure that Blackwood has lots of them. The seasonal update “Heist” on Xbox One translates this thought and gives players an opportunity to take part in a daring bank robbery and immerse themselves in the atmosphere of a dynamic action movie with themed content.

In the new raid, you’ll have to pull off a full-blown bank robbery and destroy data that mustn’t fall into the hands of General Lee Warton. Gain the support of a reliable partner as “Heist” is a mission for two players, who with the help of new cable mechanics will move along the bank building, open three storage facilities with increasing levels of difficulty, while simultaneously fighting the police and special forces.

Players who enjoyed Warface’s limited-time progression events can look forward to another opportunity to smash challenges and earn amazing equipment. Battle Pass: Season 12 is launching alongside the “Heist” season, and it’s packed with another round of exclusive prizes!

Gear up with brand new arms specially designed for these kinds of missions to maximize your shooting abilities, choose a proper outfit and demonstrate your skill in combat on the new map for the “Blitz” mode that will unfold in locations inspired by the namesake raid “Heist”.

The main field of battle is an elite bank located in a skyscraper. The rules remain the same: you have to find and defuse a bomb. However, the task is not as easy as it might seem – the enemies will do their best to derail the mission and detonate the charge.

The loot will be abundant, and unique distinctions will remind you of taking part in a sensational robbery and fleeing the police and special forces.

Are you up to the task? Test your dexterity in the “Heist” season that is already available in Warface on Xbox One!

Warface is available now for Xbox One on the Xbox Store as a free-to-play title. The “Heist” season and Battle Pass: Season 12 will be available after your game has been updated to the latest version. 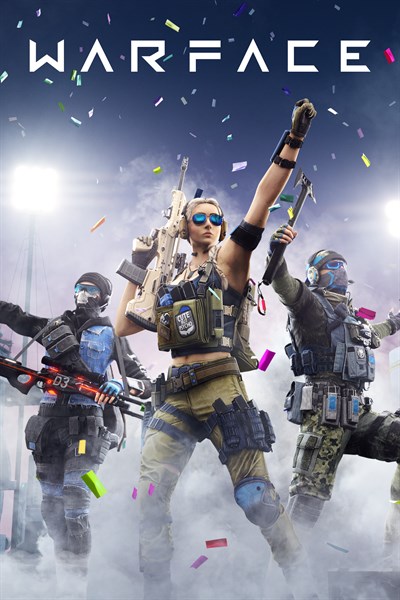 ☆☆☆☆☆ 2001
★★★★★
Get it now
Xbox One X Enhanced
The trial has started… This time, only the best agents will qualify for the mission and get the most lucrative contract. Will you prove skilful enough to fight among the best of the best? Put your power and deftness to the test in the new season "First Division"! Warface is a contemporary first person shooter with millions of fans around the world. Five unique classes with special skills, teamwork, exciting PVE missions and raids, various PVP modes, hundreds of realistic weapons, modules, equipment and camo items. Play for free! PVP. A range of modes with dozens of maps – from time proven classics to fresh experiments as well as the elaborated system of ranked matches await its heroes! PVE. Play with your friends in short exciting PVE missions or try yourselves in full-scale raids with several difficulty levels. Teamwork. Five classes with unique skills. Assault the defenses of your enemies with a heavy machinegun, revive your teammates, mine the corridors, take down the foes with precise shots or tank the enemy's counter-attack – here you decide how to act! Plenty of rewards and trophies. Hundreds of achievements with fun and challenging conditions of obtaining. Can you collect them all?