XW: Can you tell us more about the genesis of The Forgotten City?

NP: The Forgotten City was originally a mod for a popular RPG, in which you had to solve a murder case and travel through time via a time loop, just like in the movie “Groundhog Day.” This mod was downloaded more than 3.7 million times but also won a National Writers Guild Award, a first in history for a mod. So, I decided to make a game out of it, and that’s what I spent 4 and a half years working on.

XW: But you weren’t a full-time video game developer at the time the mod was designed, right?

NP: I worked as a lawyer for 10 years. It was a great job, but I dreamed of a different horizon. That’s probably why I had enough energy to devote time to this project. It was just a hobby, but it excited me more than anything else in my life. I dreamed of having the opportunity to tell stories and have it become my full-time occupation. When the mod was successful, I decided to take the leap. I quit my job and put all my time into creating this game. I knew there was no turning back, it was very exciting, but it also felt like jumping out of a plane in the air while having to learn how to use a parachute before hitting the ground… Looking back on it now, it seems like it went well: the game got great reviews, the players like it… So, I hope to continue designing games in the years to come!

XW: How does the game differ from the mod that inspired it?

NP: The game retains the premise of the original mod, as it is still about time travel, but this time it is about a city of the Ancient Rome. You will explore a historically authentic place, whether it be the artworks, the architecture or the costumes of the people living in the city. To advance the investigation, you will have to use the time loop wisely and solve puzzles.

XW: Why did you choose this particular period of history?

NP: I’ve always been fascinated by that era, I have a bookshelf full of books on the subject. I think, like a number of people do, that I’ve always had this fantasy of traveling to that period, walking those streets, admiring the art, feeling the culture shock… This idea of recreating all these sensations inspired me from the beginning. But this historical context was also perfect for the story I wanted to tell. It’s all about “The Golden Rule”, which says that if anyone commits a sin, everyone dies. It’s a kind of collective punishment, something that the Romans practiced a lot. There are also other reasons, one of the main ones, but I can’t talk about it without spoiling the game for you… let’s just say that when you get halfway through it, everything will become much clearer!

XW: The process of the time loop always seems risky, especially within the framework of a video game, how did you consider its implementation?

NP: The real challenge is to avoid a sense of repetition. If I take the example of “Groundhog Day,” you can see Bill Murray go through the same scene ten times very quickly, thanks to the editing. You can’t get the same result in a game… well, that’s what I thought. I’ve found a way around that and that’s the ability to delegate quests. If you have already figured out how to provide an antidote to a poisoned character, say in your second loop, then in the third loop another character will be waiting for you at the exit of the time portal and can take care of that quest for you. Afterwards, you can give him several tasks at the same time, which will allow you to fully concentrate on the rest of the investigation.

XW: Why did you choose to also integrate action phases in a title with a resolutely narrative vocation?

NP: It’s primarily an investigation game where you have to talk to people, but the original mod already had some action in it. So, we have this gameplay mechanic with the golden bow, which allows you to turn any organic thing or person into gold. For example, when you get stuck in a cave with a hornet’s nest, you can shoot the hornet’s nest so that it turns into gold and falls down and creates a passage in the ground. If you have to cross a plan of water and vegetation is floating on it, you can shoot it to create platforms. A lot of the puzzles rely on the use of the bow and I think it’s a unique mechanic that provides a different pace, a nice alternative when you’re not actually investigating.

XW: Do you have any advice for those working on a mod in the hope of one day making it a full game?

NP: I don’t think it’s a good idea to go into a mod thinking that it might be successful and turn into a real game later on. It’s a good gateway to learn how to develop: if you can create something you like to play and the community follows you, then maybe the opportunity will come. But be careful with the time invested, I spent about 1700 hours on my mod, that’s the equivalent of a year of full-time work. If I hadn’t enjoyed those hours of development, if I had only hoped that one day I would be able to create a game with this mod, it might not have been worth it. But beyond that, I maintain that this is an exciting and very addictive hobby, which allows you to learn a lot about development, and I would recommend it to those who think they can get that kind of satisfaction.

XW: As a gamer, what do you like about Xbox Game Pass?

NP: What I like about Game Pass is that for me it’s a solution to a terrible problem… Sometimes, on Saturday morning, I go to an online store, determined to use the weekend to play. And then, faced with the size of the thing, I can spend three hours looking at the list of new releases, without finally knowing which game I’m going to play, only to give up and go out for a walk. With Game Pass, I can download three games I’ve never heard of and try them out. In this age of overflowing entertainment content, I like that a service can offer a selection, it avoids falling into analysis paralysis.

XW: And as a developer?

NP: I like the idea that a lot of people can discover my game, when they wouldn’t have even tried it without the Game Pass. Especially since I honestly think that people who usually don’t like this kind of games will like The Forgotten City. I hope many of you will download it, so that in the future there will be more and more demand for this kind of games.

Thanks to Nick Pearce for taking the time to answer our questions. You can check out The Forgotten City today with Xbox Game Pass. 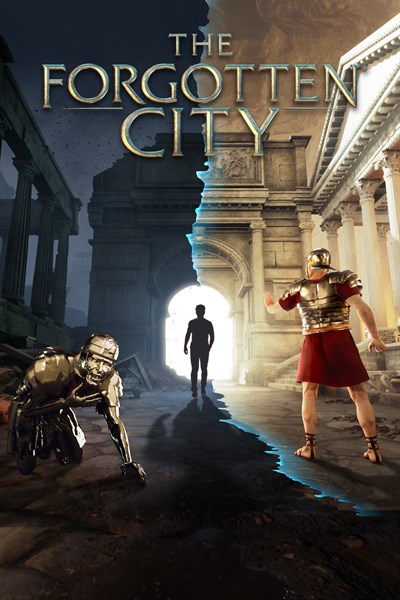 ☆☆☆☆☆ 299
★★★★★
$29.99 $23.99
Get it now
Xbox One X Enhanced
PC Game Pass
Xbox Game Pass
The Forgotten City is a mystery adventure game of exploration and deduction, and a re-imagining of the critically acclaimed mod that won a national Writers’ Guild award and racked up over 3 million downloads. Combat is an option, but violence will only get you so far. Only by questioning an intertwined community of colourful characters, cleverly exploiting the time loop, and making difficult moral choices can you hope to solve this epic mystery. Here, your decisions matter. The fate of the city is in your hands. • Explore an open-world ancient Roman city with historically authentic art, architecture, costumes and customs • Investigate a gripping, non-linear mystery with multiple endings • Become entwined in the lives of richly detailed, deeply interactive characters • Grapple with moral dilemmas which have life-and-death consequences • Play as whoever you want, by choosing your character’s gender, origin and backstory • Solve problems with reason, charm, bribery, intimidation, violence, or by cleverly exploiting the time-loop