Hey Xbox fans! Rumbleverse has been live for just over a month, and the developers from Iron Galaxy are excited to invite you (or welcome you back) to Grapital City for the Mid-Season Update. This update includes new moves, new weapons, and some new items to truly flex your style, there has never been a better time to jump (back) into Rumbleverse.

Special Moves are one of your best ways to win a fight in the Rumble. The magazines that teach you how to master these attacks are getting some new editions. Smash those crates to discover new ways to Divekick the competition in the face.

Just about anything you can pick up in Grapital City can be used as a weapon. That arsenal is expanding. Send opponents flying with new Cricket Bats or Golf Clubs. Dish out punishment with a thrilling variety of attacks with the mysterious Key Bat, or use it to glide through the air with the greatest of ease!

Get Some New Gear

Just in time for Halloween, the undead are walking and throwing down in Grapital City. On sale now, the Zombie Runner Pack can be worn as a set, or mix and match it with your favorite accessories to create a look to die for!  Your look might be zombie but it’s giving us LIFE!

This will be the first of many updates to this new Brawler Royale. From one season to the next, you’ll see more changes to the way we battle in the streets – and up on the rooftops.

All of this new stuff is playable right now in Rumbleverse ! Get out there and become a champion. 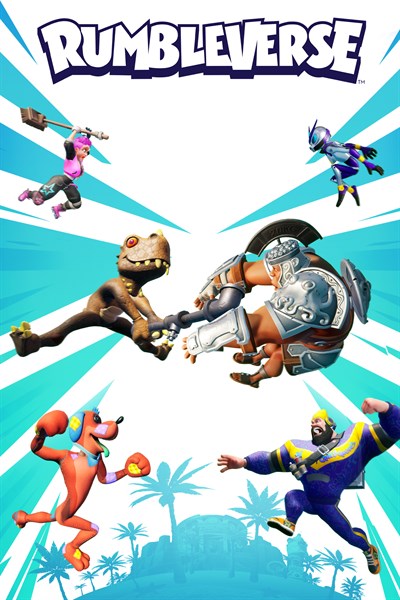 ☆☆☆☆☆ 423
★★★★★
Get it now
The EXPANDED map introduces Low Key Key Island, your tropical invitation to kick back with a good fight. Prepare for melee in the marina as you swing from signposts and jump from one boat to the next to dodge the deadly seas! Master new ways to fight by cracking open new magazines to learn new power moves like Jagged Edge! Every match is a chance to become a champion. Rank up and earn new gear to show off your Rumbler’s unique style! Season 2 is also a time to make new friends with limited-time modes that let you team up with even more Rumblers.