Back in September we announced for the second successive year our latest release, Football Manager 2023, would be available on November 8 and included Day One with PC Game Pass and Xbox Game Pass. We’re buzzing with anticipation and we’re sure you are as well.

Should you want to kick-off your FM23 career on PC earlier than November 8, you can pre-purchase the game now from the Microsoft Store to own the game and receive Early Access, which is typically available about two weeks prior to full release.

Before then, we’re here to give you a taste of what’s to come in both FM23 and FM23 Console by delving into the new features, game upgrades, and licensing updates that’ll make this year one to remember.

The world’s favorite sports management simulation, Football Manager delivers the closest experience to stepping into the hotseat at an elite club for real. The world of professional football has been carefully modelled, enabling you to chase your dreams and write your own football story. Whether you’re developing title-winning tactics or recruiting the best Wonderkids on the market, you’re making key decisions in the moments that matter most.

In FM23, new tools thrust you closer to the heart of the beautiful game than ever before. Not only will you be challenged with building a squad capable of fighting for football’s biggest prizes, but you’ll also have to navigate the demands and expectations of both your owners and your fans.

Formerly titled the Xbox edition, FM23 Console is a bespoke version of the desktop classic zoning in on football’s most important areas – the transfer market, the tactics board, and the pitch. Whether you’re chasing promotions, winning titles, or dominating your friends online, you’re empowered to play the beautiful game your way.

Tailored to work across the Xbox ecosystem, FM23 Console maximizes the capabilities of the Xbox Controller and harnesses the power of Xbox Play Anywhere technology, allowing you to transfer your progress between your console and Windows PC using the same Xbox Live profile. If you’re playing on Xbox Series X|S, you’ll also benefit from stunning 4K visuals.

New Features for a New Campaign

This year, we’ve placed a real emphasis on reflecting on the insights we’ve gleaned from close relationships within the real world of football to make FM23 the most true-to-life experience yet. Our Recruitment revamp has been powered by an understanding of how clubs execute their planning, scouting, and transfers over multiple seasons. Our Tactical Instructions have been freshly aligned with terminology from modern football analysis and our Supporter Confidence system reflects the growing importance of fans to managerial security. We’ve also introduced hundreds more features that advance our everlasting pursuit of creating complete football authenticity.

A key area of change across both FM23 and FM23 Console is in the Match Engine. We’ve furthered last year’s work on animations, with new technology allowing us to not only improve the quality of the animations, but also the way they’re blended together. A number of player roles have been adapted, with Wingers now consistently offering more width and Advanced Playmakers pushed higher up into the half-spaces to contribute to build-up play. AI Managers are now smarter than ever, with an extensive rewrite of their logic enabling them to evaluate every facet of a match and create more nuanced tactical battles with you. We’ve simplified a number of our tactical instructions in order to make them more accessible. In FM23 Console, you’ll notice that matches now have a more ‘hands on’ feel to them, with radial menus, an improved Touchline tablet, and refined User Interface pulling you into the heart of the on-pitch action.

Another new addition for both FM23 and FM23 Console is the Dynamic Manager Timeline. Sharing Football Manager stories is a key part of what makes our community so special, so for this year we wanted to provide a new way of displaying and tracking the achievements and milestones of every career. On the timeline, you’ll see snapshots of various events throughout your career, ranging from title wins to academy players getting their debuts, all in chronological order.

We recently delved into these features and other FM23 additions, such as Supporter Confidence and our Recruitment revamp, in our Headline Feature reveal video, which you can find on the Football Manager YouTube channel.

A long-time request from our community, Team Talks are a new addition to FM23 Console. Make your voice heard at half-time and full-time with a wide range of reactions that allow you to become a difference-maker in every situation.

In FM23 Console, we’ve also introduced a raft of accessibility changes to make this the most engaging edition of Football Manager for the platform yet. Whether you’re an experienced player or a series newcomer, our new onboarding flow ensures you’ll get the right level of detail and responsibilities in every career.

This season it’s all about going bigger than ever. Don’t just build a team, create a dynasty! It’s time to tear it up.

With more than 2,000 clubs across 53 nations available for you to choose from, where will you create the future in Football Manager 2023? 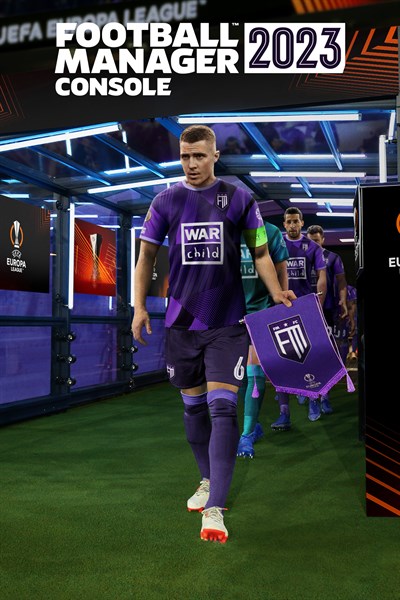 ☆☆☆☆☆ 64
★★★★★
$49.99
Get it now
PC Game Pass
Xbox Game Pass
Football Manager 2023 Console focuses on football’s most important areas – the transfer market, the tactics board and the pitch. Whether you’re chasing promotions, winning titles or dominating your friends online, play the beautiful game your way. In perfect sync with the Xbox controller, FM23 harnesses the power of Microsoft’s Play Anywhere technology to enable you to keep your career on the move across both console and Windows 10 PC with the same Xbox Live profile. Game Description • Choose where to start your journey, with the world’s biggest leagues at your fingertips. Will you aim for instant success at an elite club ready to win European trophies? • Effortlessly snap up the globe’s best players with the help of your scouts. They’ll also help you to identify the wonderkids that will drive your success. • Hit the ground running with the tactical styles and formations of the world’s most successful managers. • Matchdays are there to be remembered. Watch your vision play out in native or upscaled 4K as your side battle their way to three points. • Dominate your friends across a trio of multiplayer modes. Triumph head-to-head in Versus Mode, create an elite team against the clock in Fantasy Draft or go the distance over a season in Online Career Mode. NEW FOR THIS SEASON UEFA CLUB COMPETITIONS Experience a greater sense of occasion with the UEFA Champions League, the UEFA Europa League and the UEFA Europa Conference League all fully licensed. With an authentic Matchday experience and remodelled Cup Draws, those Tuesday, Wednesday and Thursday nights will feel even more special. BECOME A DIFFERENCE MAKER Make your voice heard with the introduction of Team Talks. Use a wide range of reactions at half-time and full-time to motivate and fire up your players, and get your message across when your players need it the most. CONTROL YOUR MATCHDAY Make game-changing tactical tweaks with your Xbox controller thanks to an enhanced UI and improved accessibility. Manage every moment with a matchday experience that immerses you in the heart of the on-pitch drama. PLAY THE GAME YOUR WAY Our new onboarding flow will ensure you get the right level of detail and responsibilities in every career. Whether you’re new to the digital dugout or an experienced manager, FM23 Console is the most tailored edition yet thanks to a number of accessibility changes. CELEBRATE YOUR SUCCESS Track your progress with the arrival of the Dynamic Manager Timeline, a visualisation of your career achievements that grows as you reach the top of the game. 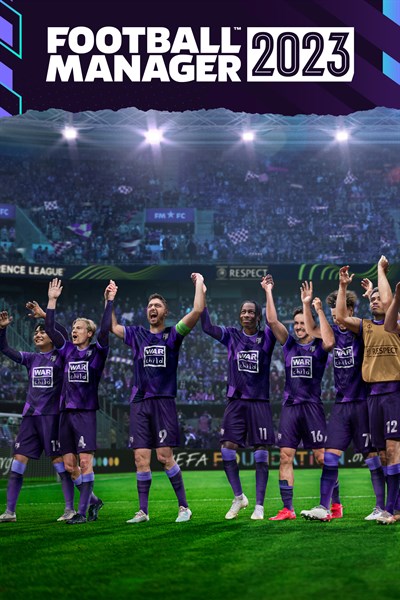 ☆☆☆☆☆
★★★★★
Get it now
To become elite, managers must win the love and respect of the fans. In FM23, it’s not just about picking tactics or crafting a team. It’s about establishing your style and creating title-winning dynasties. Turn supporters’ dreams into reality this season by exceeding their expectations and dominating your rivals. It’s time to change the game. How will you be remembered? Game Description • Find the club that’s right for you. Meet the board’s expectations and beat the best on your way to winning football’s top prizes. • Don’t just sign superstars, create them. Recruit smartly with the help of your backroom staff and provide pathways to the first team for your wonderkids to develop a world-class squad. • Your team’s playing style is down to you. Create a unique strategy on the tactics board to deliver big wins and memorable matchday moments. NEW FOR THIS SEASON BETTER SQUAD BUILDING Power your transfer activity with revamped scouting and recruitment meetings, a closer relationship with player agents and brand-new squad planning tools. Deliver on the club’s ambitions with a better oversight of your future superstars. OUTSMART YOUR RIVALS Test your managerial skills against the most realistic opposition yet. Every manager you face will now make smarter decisions, while new tactical instructions empower you to experiment more with defensive and counter-attacking football. Changes to the way wing-backs and double pivots operate and a range of new animations are among the further match engine advancements as you begin your journey to the top. GET THE FANS ONSIDE Get closer to the fans of your club and their ambitions with the new Supporter Confidence system. Deliver on their expectations on and off the pitch to ensure a bright future in the dugout. BIG EUROPEAN NIGHTS Experience a greater sense of occasion with the UEFA Champions League, the UEFA Europa League and the UEFA Europa Conference League all fully licenced. Remodelled Cup Draws and officially branded team sheets, scoreboards and goal graphics vividly bring to life UEFA’s Club Competitions. SAVOUR YOUR SUCCESS Relive your career milestones and achievements with the brand-new Dynamic Manager Timeline. Whether you’ve given a youth player their first-team debut or won the UEFA Champions League, it’s never been easier to celebrate and share your Football Manager story. Countless more features, big and small, designed to improve your game experience are ready for you to discover in every career.