Gundam Evolution is a free-to-play, 6v6 hero shooter that focuses on fast-paced, objective-based action – and it’s available to play today for Xbox One and Xbox Series X|S!

You will pilot a variety of mecha or “Mobile Suits” from all over the Mobile Suit Gundam universe and shoot it out to become the winning team. Taking place in locations across Earth and space, pilots will take objectives, plant explosives, and use their extensive arsenal to achieve victory.

To learn more about the creation of the game, we sat down with Gameplay Director of Gundam Evolution Ryota Hogaki for insights on its development, the inspirations behind its Boost System, and more.

Hero shooters introduce many concepts, such as the G-maneuver, that isn’t defined in the anime. What were some of the challenges in designing a Mobile Suit’s abilities for a hero shooter?

The game features a variety of unique Mobile Suits, including those with shields, those with flight capabilities, those with single high-intensity shots, snipers, and such. In FPS games, there are basics to balancing, such as making it difficult for snipers to target highly maneuverable Mobile Suits. This is a “natural” balance in FPS games, and it has been maintained in this title as well.

This is because we have designed the game so that people who are not familiar with Gundam can easily play it if they like this genre, and people who have never played this genre before but want to try it because they like Gundam can play it without issue. We want to recreate scenes that fans of the original story would like to see, but we also want to include things that are necessary, interesting, and well-balanced in an FPS game. We are always thinking about the balance between the two.

Under the catchphrase, “Move Beyond Your Limits,” the game is developed under the themes of “speedy and immersive Mobile Suit team battles” and “defeating enemies by making full use of the various Mobile Suits’ characteristics, abilities, and boosts.” We spent a lot of time on the boost system and repeated prototyping. We tried to convey the feeling of piloting massive Mobile Suits, but we also wanted to create a game that would be widely played in the FPS genre, so we needed a certain level of comfort, while not disappointing those who were expecting the experience of the original Mobile Suit pilots.

The unique feature of Gundam Evolution is the speedy and immersive intuitive control experience provided by the boost system. The ability to successfully use different steps and dashes for each unit is an important factor to improve your progress and skill. If you feel that your movements are slow and your controls are sluggish, you should try to use the steps, dashes, and boosts in different ways. The ease of use varies from unit to unit, so until you become proficient, it is important to choose a Mobile Suit that is easy to use.

Can you please tell us about the newest Mobile Suit added to the roster?

Yes, the “Nu Gundam” [shown in the gallery above] will be implemented starting in the new season. Needless to say, this is the last Mobile Suit that Amuro piloted, and it features fin funnels. It is so popular that a life-size Nu Gundam was constructed in Fukuoka, Japan this year.

Can you please tell us the design process behind Nu Gundam and the vision of its role on a team?

It is a specialized shooter that excels at medium range. Its main weapon, the beam rifle, has a high damage capacity, and by using its Fin Funnel and New Hyper Bazooka as follow-up attacks, it has the power to defeat its enemies. But to balance this, it has been set up as a Mobile Suit that is somewhat difficult to use against melee opponents or against enemies with shields.

Please also tell us about the new map. What is the unique challenge for players in this map?

The new map, Colony Trading Post, is set in a space colony, a characteristic setting in the Gundam works. It is a destruction match map set in an urban colony, with many diverse gimmicks such as vertical obstacles and conveyor belts. These dynamic obstacles change the line of fire and make it possible to be attacked from unexpected locations.

Gundam Evolution has many options that let you customize your Mobile Suit, player profile, and more. What additional customization features can we look forward to in the future?

We will of course add items based on the original works, as expected by fans, and we will also implement some customization items that have not been included in previous Gundam games, in order to introduce the Gundam to a wider audience.

Q: Lastly, do you have advice for players joining the Gundam Evolution community?

Gundam Evolution is available to play today for Xbox One and Xbox Series X|S. You can download it for free today here on the Xbox Store. 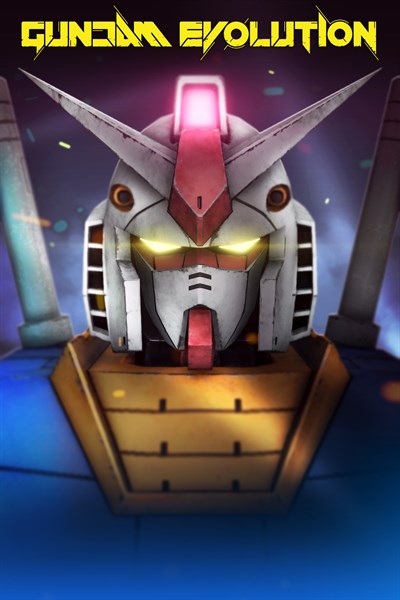 ☆☆☆☆☆ 286
★★★★★
Get it now
GUNDAM EVOLUTION is an online FPS title in which players take control of mobile suits from the hit Gundam anime and fight other online players in six-versus-six battles. Features fast-paced action and immersive controls. Switch between mobile suits with their own unique characteristics and cooperate with teammates to win matches.