Hello, Ranger – we are excited to venture into the Wasteland with you once again as we approach Wasteland 3’s upcoming launch on August 28. To get players ready for the cold of Colorado in the upcoming post-apocalyptic squad-based RPG sequel, inXile entertainment kicked off a three-part developer diary series speaking to the story, characters, combat, and the choices and consequences you’ll face in Wasteland 3.

First, the team discusses how player choice matters and shows you it’s never too early to start thinking about how to build your party and characters for combat. Lead Designer David Rogers shared some tips and tricks on how to build your characters, and the critical elements of character creation in the first developer diary video. Check out the first dev diary below or head on over to the Xbox YouTube channel.

The second of the three-part developer diary video series showcases the world, story, and major characters you’ll come across. The Desert Rangers ended Wasteland 2 in dire straits, setting up the story and motivation for their trek to Colorado to meet its self-proclaimed Patriarch—Saul Buchanan. Helping him with his dilemma will send you across the nation-state, encountering friend and foe, and allowing players to create and direct the world and story as they see fit. Check out the second dev diary below or head on over to the Xbox YouTube channel.

Wasteland 3 launches August 28 with Xbox Game Pass, and on Xbox One, Windows 10 PC and PlayStation 4. For the latest on Wasteland 3, please stay tuned to Xbox Wire and follow @Wasteland on Twitter for updates. 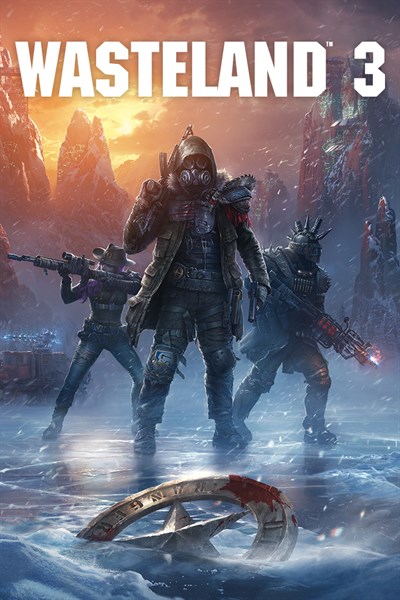 ☆☆☆☆☆ 662
★★★★★
Get it now
Pre-order bonus items Ranger General’s Hat and Glasses, Polished Ranger Badge, and Snow Camo Weapons provide bonuses to give you a head start on your adventures. In Wasteland 3 the fate of Arizona depends on the fate of Colorado. You’re a Desert Ranger, fighting a losing battle to keep your beloved Arizona alive, when the self-proclaimed Patriarch of Colorado radios, promising aid if you’ll do a job he can only entrust to an outsider—rescue his land from the ambitions of his three bloodthirsty children. Wasteland 3 is a post-apocalyptic RPG from inXile entertainment, featuring challenging tactical combat, hours of exploration, and a deep, reactive story full of twists, turns, and brutal ethical decisions. Play in single-player or co-op as you customize your squad with perks and abilities geared to your playstyle, and customize your vehicle—the Kodiak—turning it into a hardened war beast. Saving Colorado isn't going to be easy, but Arizona is counting on you, so… don't screw it up.